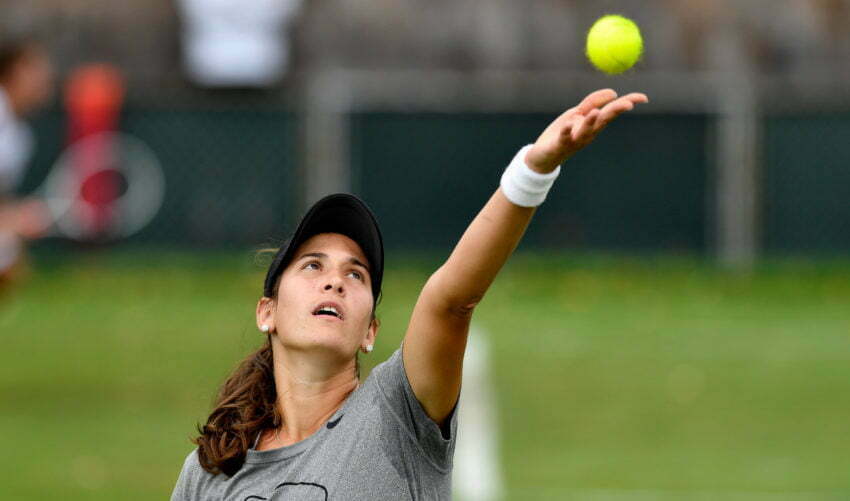 It was an busy week in OSU athletics and not just for the team that made a trip to Austin. Josh Holliday got his first look at next year’s squad in action, OSU tennis dominated the ITA Regionals and Cowboy wrestling got a shoutout from one of Oklahoma State’s favorite alums.

The Cowboys defeated Northeastern State, 11-4, in an 11-inning scrimmage last Friday. Here are the highlights:

Great day at Allie P. – thanks to all our fans for coming to check us out in action vs. NSU! Recap & highlights: https://t.co/1Fqt1351kp pic.twitter.com/6mneTLqdYx

The Cowboys finished the final round with a 14-under 274 to jump from fifth to first at the Golf Club of Georgia Collegiate on Sunday. Read more about the Pokes’ second victory of the season here:

The Cowgirls also placed this past week, finishing seventh in Stanford Intercollegiate thanks to a strong performance from senior Emma Broze.

A strong final 18 holes from Emma Broze helped the Cowgirls climb the leaderboard at the Stanford Intercollegiate.https://t.co/hwrYi5S7ir

The Cowgirls earned a 3-1 win over Kansas on Senior Day. OSU sits at 14-2-2 and ends the year a perfect 9-0-0 at home. The Cowgirls finish their season against Texas in Austin on Friday night at 7:00 p.m. A win against the Longhorns would clench OSU’s sixth Big 12 conference title.

The Cowgirls fell to 5-2 on the season following a doubleheader loss against Arkansas this past weekend:

Vladica Babic and Sofia Blanco won a super tiebreaker, 10-8, today to win a 4th-straight title with a first-place finish in the ITA Central Region Championships. Babic also took the singles championship making it just the third time OSU has swept the Regionals in school history. Both now qualify for the Oracle ITA National Fall Championships that begins November 1.

Just hanging out with my #ITARegionals Champs!4th straight year to win the doubles title but first for these two great girls! @CowgirlTennis pic.twitter.com/LE35lkgstg