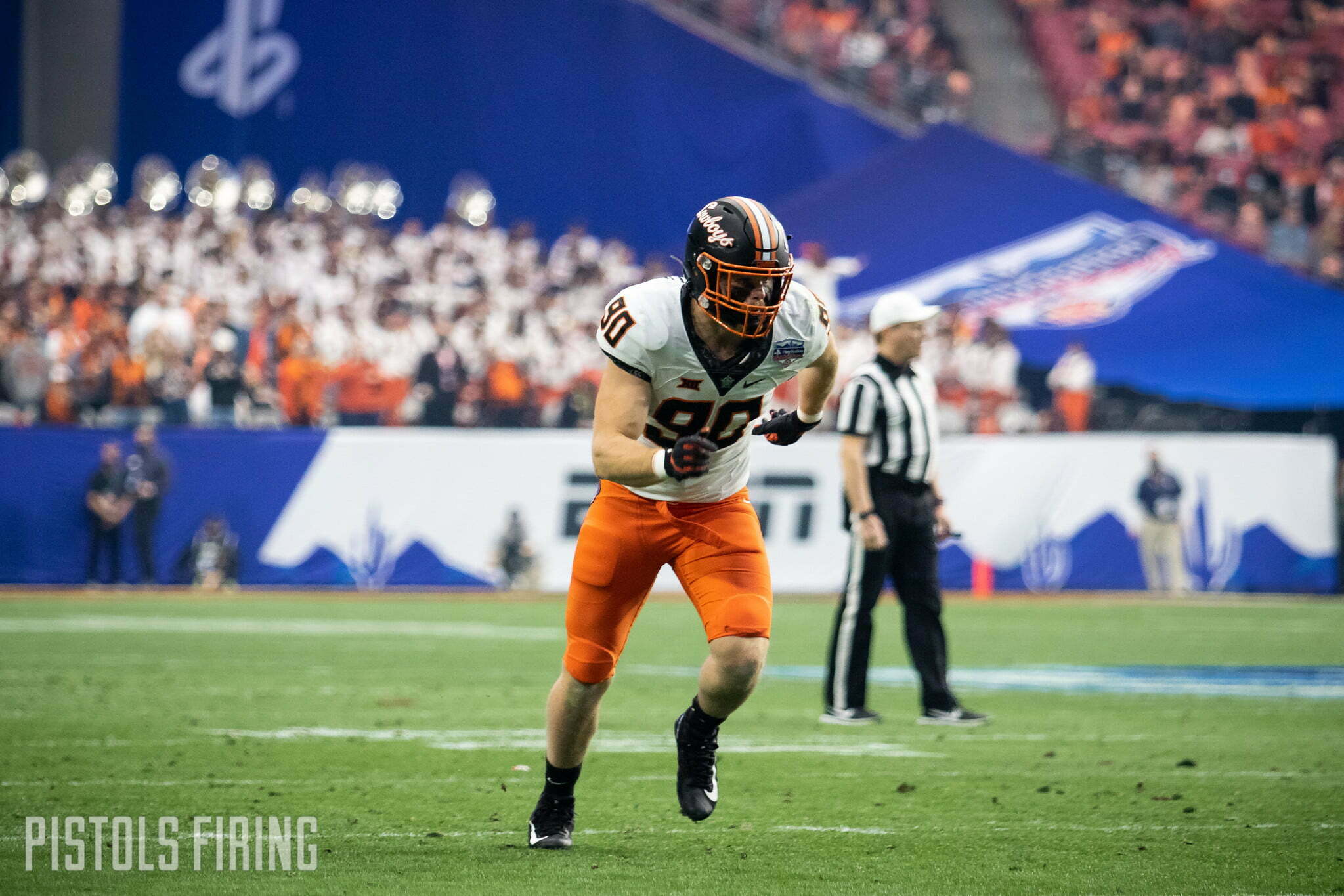 There isn’t a ton of experience at Cowboy Back for Oklahoma State entering 2022, so this could be an interesting position to track in the spring.

For Oklahoma State, the Cowboys Back — its hybrid tight end-fullback — is often the most overlooked position on the roster.

We’ll get into the Cowboy Backs, but make sure you’re caught up on our other spring position previews: RB | QB | WR

Cassity returns after leading the Cowboys’ tight ends in catches (five) and receiving yards (66). The only other Cowboy Back to haul in a ball was outgoing Logan Carter, who managed just three catches for 10 total yards after dealing with injuries for much of the season.

There is a bit of an asterisk with that, though. Blaine Green, listed as a 6-1, 220-pound wide receiver, also got some run at Cowboy Back in 2021 when the position was thin on bodies. Adding another dimension to the already-hybrid position, Green had 21 catches for 314 yards and a touchdown as a true freshman.

But this position has never been just about the production. It’s about pass blocking, run support and the off chance that Spencer Sanders gets to pull an ace out of his sleeve under pressure. Cowboy Back personified is a walking Swiss Army knife that can put his head down and lay the wood on a dude but also has the propensity to make a play in the passing game.

Tabry Shetton is on campus this spring and ready to push for early reps. The three-star TE — and brother of touted Cowboy receiver Talyn Shettron — is a big-bodied pass-catcher who has the size to push for reps this spring.

As a senior at Edmond Santa Fe, Shettron hauled in 31 catches for 378 yards and nine TDs, all while sharing targets with his blue chip brother.

OSU has had its fair share of talented receiving tight ends of late with the likes of Blake Jarwin, Keenen Brown and Jelani Woods all making plays in the passing game. Shettron is of that ilk, and he might have a highest ceiling of the group at this point.

Hear me out. Jarwin showed out at OSU before working his way into a starting TE role in the NFL, but he was a walk-on when he stepped off the boat from Tuttle, America. Brown was a four-star receiver but had to add 45 pounds to make the switch to Cowboy Back. And Woods came to OSU as a quarterback.

Shettron comes in with the size and skill to add value to the room this fall. It will just depend on how fast he can learn the playbook and adjust to the physicality of playing the position at the next level.

Expect Cassity to retain his spot atop the depth chart come fall. Look for Austin Jarrard — the former No. 2 junior college tight end in the nation — to make a move for early inclusion, as well.