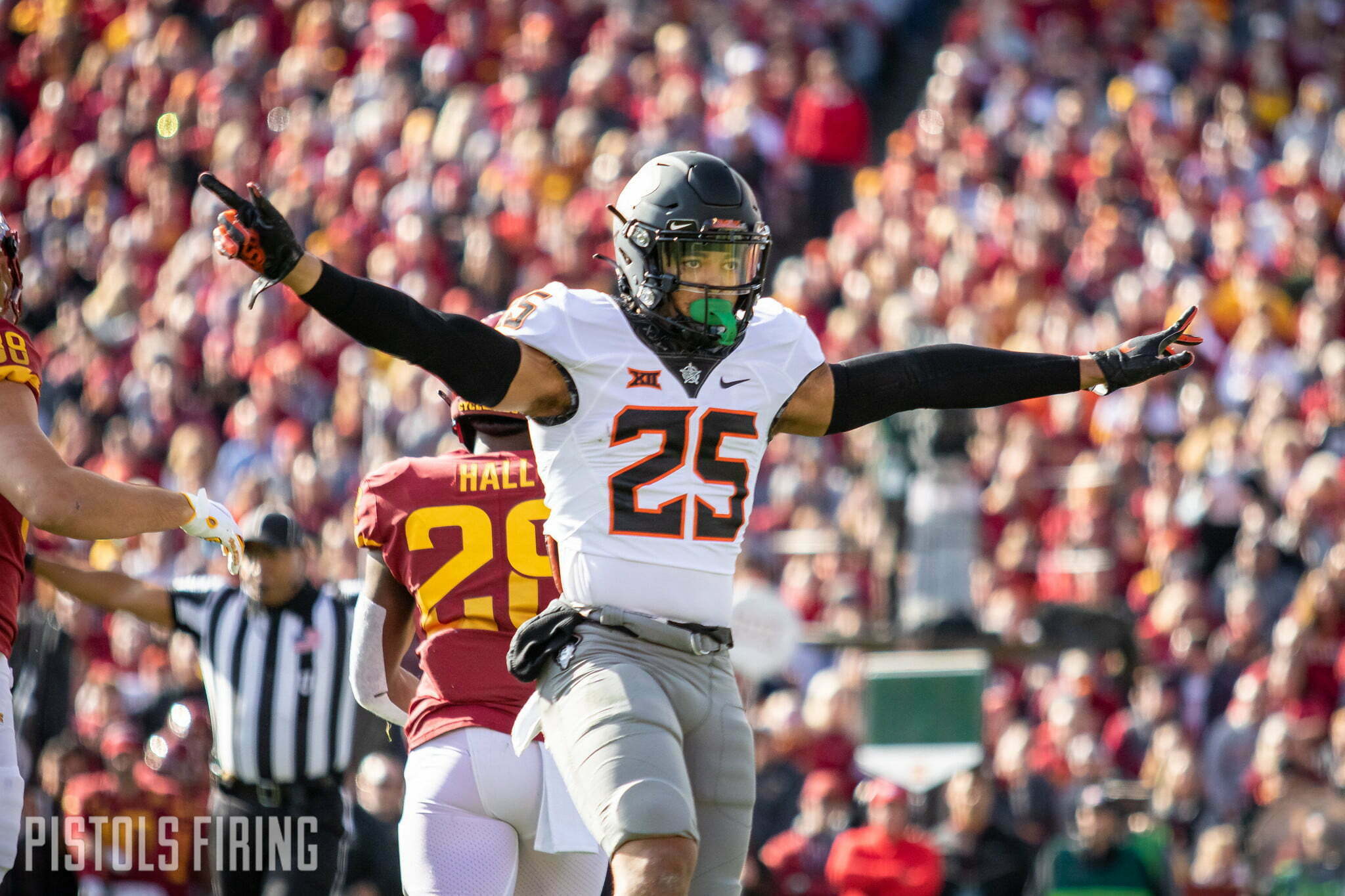 There’s been a gray cloud hanging over Cowboy country since Oklahoma State’s first 2021 loss in Ames last weekend. But the Cowboys are still a Top 15 team that’s in control of its own destiny when it comes to the Big 12 title race

So, to that point, let’s look at the bright side and a category in which the Pokes have excelled all season, third-down defense, and how that strength can help them avoid any further hiccups over the last half of their schedule. We’ll also look at OSU’s offense, which has struggled to convert those money downs all year, and why.

The Cowboys, still No. 10 nationally in third-down defense, weren’t their elite lock-down selves in Ames, but they weren’t horrible. The Cowboys allowed five conversions in 14 attempts, a 35.7 percent mark that stands as their second worst outing behind the win over Boise State (43.8 percent).

But the Cowboys were pretty bad on third-downs offensively against the Cyclones, converting just 20 percent, the team’s worst mark since its last trip to Ames two years prior. OSU earned all of those third-down conversions (going 2-of-3) in the opening period, before finishing 0-for-7 from the second quarter on. Not exactly a recipe for success, but the Pokes have been playing with fire all year.

OSU’s offense is averaging 7.9 yards to gain on third downs this year, which means they are constantly flirting with third-and-long (considered 9-plus yards to go). And in those seven games, the Cowboys averaged just 6.5 yards gained on third down. Not ideal, but less than a yard-and-a-half difference. But against Iowa State, OSU averaged 8.4 yards to go (third-highest this year) but gained only 5.1 yards per try, a 3.3-yard difference and the widest chasm between these two all season.

OSU’s offense routinely finds itself in third-and-medium to long, and it finally burned the Cowboys. OSU has been able to overcome this so far by being so stingy on third downs defensively but, against a team that’s good on both sides of the ball, the Cowboys finally got burned.

The good news is that, as far as third-down defenses go, OSU has played the toughest of them in the Big 12, and is due for a bowl of chicken soup for the soul with Kansas’ paper defense visiting for Homecoming this weekend. Even while giving the Sooners a scare in Lawrence, KU allowed OU to convert 60 percent of its third downs, its best against an FBS team in two years.

The Cowboys’ strength on defense will continue to be its ability to get off of the field on third downs, and it’s something veteran leaders like Brock Martin are mindful of.

To his point, the Jayhawks — who came into last Saturday averaging just 32.6 percent on third downs — completed 9-of-14 against the Sooners, or 69.2 percent, the highest by KU in a decade.

“When you let them extend those drives they get fatigued on the defensive line and linebackers and they get to do what they want,” continued Martin. “We take a lot of pride in getting off the field on third down.”

The Cowboys didn’t quite lose their way in Ames. They just got a little too close for comfort and a really good football team took advantage. Football is a game of inches (? you @Big12Refs), and the Pokes just need to cinch up a few of them on third downs defensively while finding a way to gain a bunch more on early downs on offense.