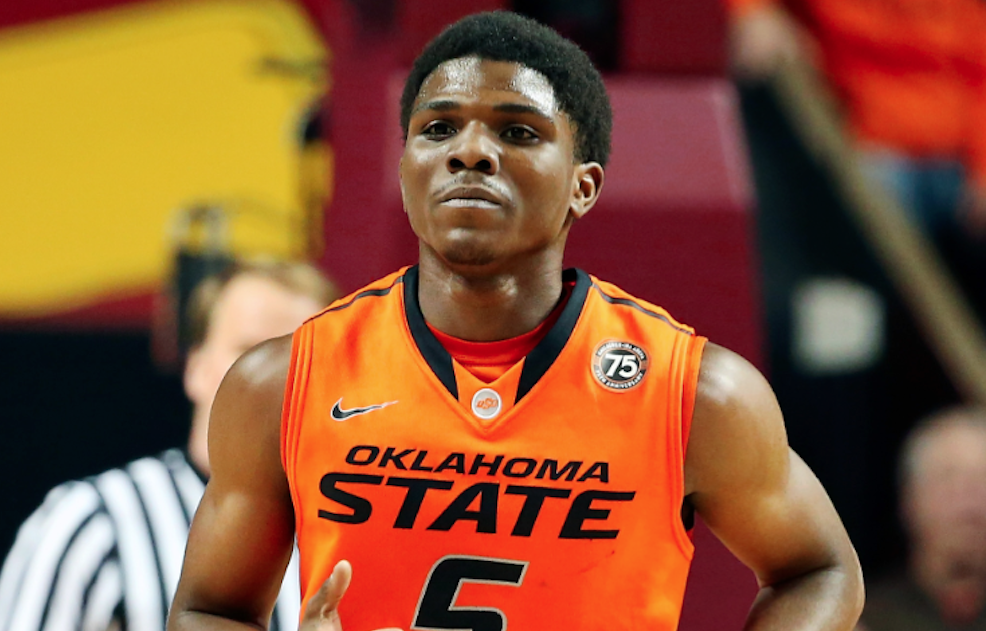 Stevie Clark was dismissed from the Oklahoma State basketball program on Monday morning by Travis Ford as most thought he would be. The jokes rained on Twitter[1. And really, when you have “he was peeing out of a moving vehicle” material, how could they not?] but the situation is certainly not as funny as it was depicted by most.

Ford: "We care about Stevie and wish nothing but the best for him. We want him to find success in his future, where ever that may be."

Stevie needs to get his life figured out — which I presume he will and will go on to average 22.5 a game for the 2017 North Carolina Final Four team (we owe them one, right?)

And Travis Ford needs to get his team figured out.

As OKC Dave pointed out, OSU now only has six viable players (unless you consider Marek Soucek, Christien Sager, and Gary Gaskins “viable”).

#okstate now has 6 players on the active roster who average more than 7 minutes/game.

That’s a problem for obvious reasons but also for not obvious reasons like the fact that Marcus is going to need eight Keiton Page back braces by the time the tournament rolls around. And playing more hero ball is just the elixir he doesn’t need right now.

As for who plays the role of backup PG I’m guessing Markel slides over when Marcus needs to rest and Sager starts getting more minutes. I’m not real sure what the other option is. Budke?

It doesn’t feel like the Cobbins/Stevie one-two punch should be a knockout on paper.

Cobbins + Clark represent 12% of team minutes and 8% of team points this year.

But those two did so much more than just score. You need a guy like Stevie on a good Big 12 and deep tournament team.

Of course, now Travis Ford has more excuses at his behest. I get that the Brian Williams (last year) and Mike Cobbins injuries suck, really, but at some point you have to have built a program. A program that can absorb a blow like Cobbins going down. A program that doesn’t put whatever is left of its season on a guy like Stevie staying eligible.

Six years is an eternity in today’s game to have done something like that and Travis Ford has not succeeded. He might coax a Sweet 16 run from this squad and we’ll all elicit a faux kind of joy — like when you make an “A” on the first open-book quiz of the year with a teacher that’s tough as hell — but we’ll know what’s coming (next year and beyond).

And more than that, we’ll know who’s at the helm.