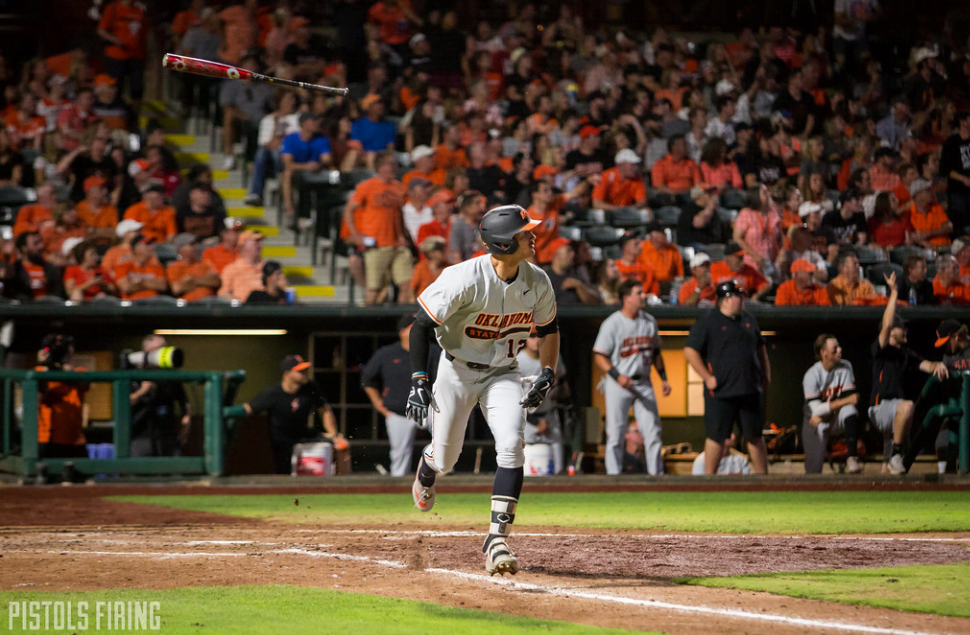 The Cowboys have been swept once this season, and as if someone is writing this season as a movie script, the Cowboys will head back into the stadium they were swept in for a chance at going to the College World Series.

The Oklahoma State baseball team plays Texas Tech in the Super Regional round of the NCAA baseball tournament this weekend, but the Cowboys didn’t do so hot in Tortillaville earlier this season. OSU lost all three games to Tech by a combined 27-8.

That three-game buttkicking provided a spark for the Cowboys, who tore through the rest of their regular season schedule, the Big 12 Tournament and their NCAA Regional en route to a rematch with the Red Raiders. Since they’re Lubbock trip, the Cowboys have gone 14-3 and played some of the most exciting baseball in the country.

“Going back there and playing there, they’re a heck of a good team,” OSU coach Josh Holliday said Monday. “We already know that. But we are a much different team. That trip home from Lubbock, I think these kids just realized that there’s more in the tank from this ball club and they started to deliver. We’re a much different ball club.”

Here is a preview of the weekend.

OSU’s Boom or Bust Offense Circles Back to Lubbock

Last season, the Cowboys struck out a program-record 560 times. That was a program record that has been broke this year, as the Pokes have been punched out 609 times this season.

Power hitters strike out. That’s why Sammy Sosa (2,306) and Alex Rodriguez (2,287) are in Major League Baseball’s Top 5 in career strikeouts. The Cowboys just so happen to be littered with power hitters this season, so the Ks are coming up and down the lineup.

The opposite side of that coin is the Cowboys’ 87 home runs this season. That’s the most the Cowboys have hit since the 89 in 2008. This year’s OSU squad and that 2008 team are first and second in OSU home runs since the turn of the century.

The Cowboys struck out 52 times in their NCAA Regional while hitting three home runs, striking out at least 11 times in every game.

“It’s a grind on offense,” Holliday said Monday. “Classic case of kids wanting so badly to come through for each other that they try a little too hard. I gotta do a better job as a coach of helping them relax and think correctly. There’s a process there that we’re continuing to learn.”

In Lubbock, the Cowboys hit four home runs in the three games but struck 46 times. Here is a look at how the number of times OSU strikes out is correlating to its record.

It’s no surprise that when a team strikes out more that team loses more, but it’s a little crazy that the Cowboys have a .88 winning percentage in games where they don’t strike out 10 times.