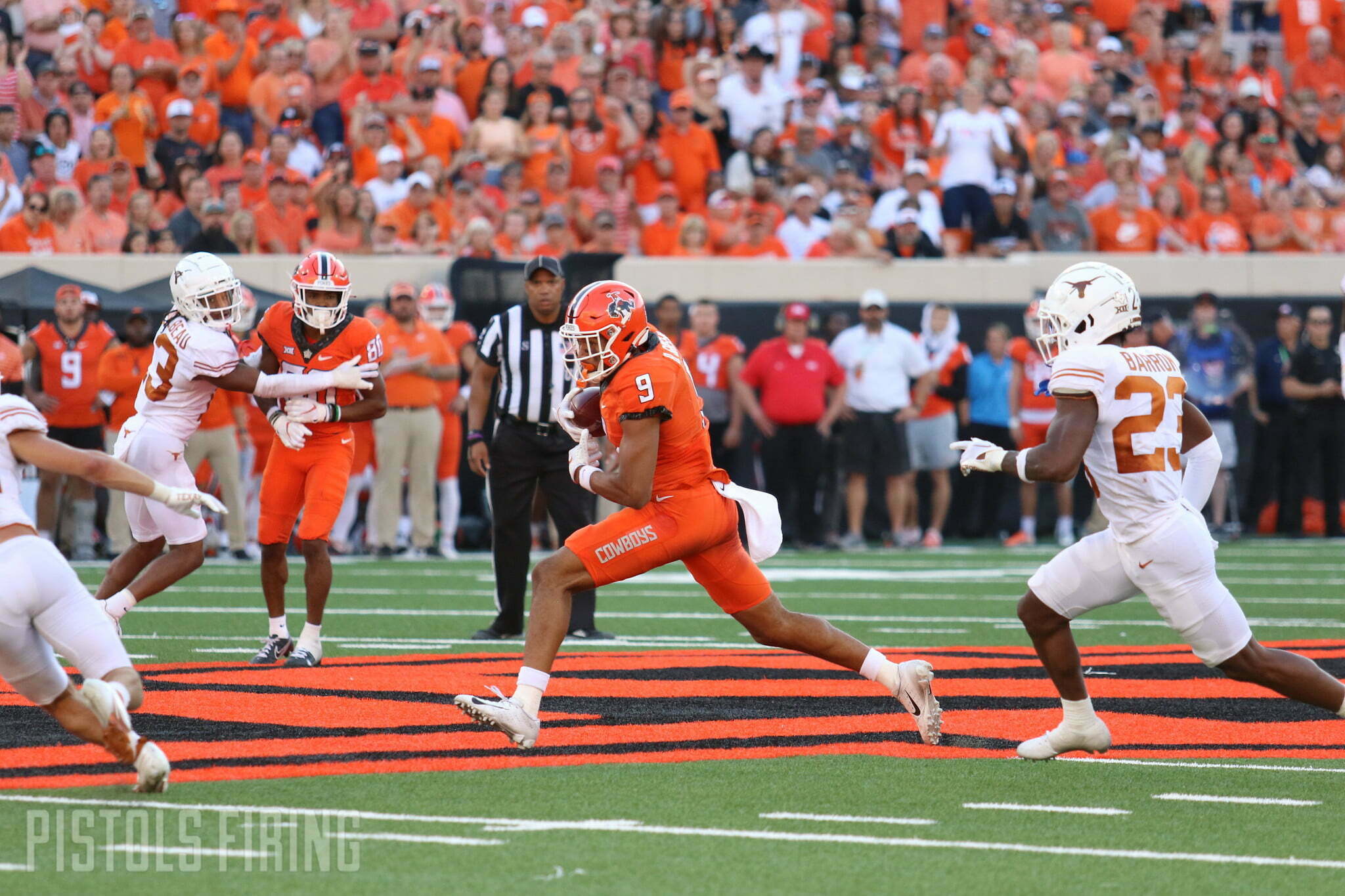 Oklahoma State rallied from down two scores to beat Texas on Homecoming weekend. The Cowboys were short-handed and beaten up, but they still managed to get back on the right track.

There were a number of impactful players and plays that, together, added up to a comeback win for the Cowboys. Here are some of my favorites.

Kasey Dunn called his QB the MVP after the game, but that was already established. Sanders threw for 391 yards and two scores but, more than that, he’s played through injury at least over the last two weeks, and he willed his team to a win on Saturday.

The Cowboys were beyond short-handed at receiver with both Braydon Johnson and Jaden Bray missing the game with injury. But that was all the opportunity Stephon Johnson Jr. needed to introduce himself to Cowboys fans.

In his first career start, the true freshman hauled in six passes for 90 yards and had another deep ball that was called incomplete, but a case could have been made to overturn it on review. Had that one counted, it would have been one of the most impressive grabs all season.

Johnson’s breakout is a good sign for the Cowboys for the rest of the season and in years to come.

For as much pressure as OSU defenders got on the statuesque Quin Ewers (13 QB hurries), somehow the Cowboys only mustered one sack, but it was a big one.

Ford blew up this third-dow play to cause one of five three-and-outs for Texas on the day. It also helped set the tone for a second half that would only include three Texas points.

Jason Taylor II has become famous for making a play on the ball when there is one to be made. Last year against Texas, his pick-six helped the momentum swing that would result in an OSU win. This year, he welcomed Quin Ewers to Stillwater with an interception on his second throw.

Taylor led the Cowboys with nine tackles and had two picks and two pass breakups. Unfortunately, he came down awkwardly on the second INT and did not return to the game.

As much as Boogie (Johnson’s nickname) shined, the game ball has to go to Bryson Green. He continued his breakout season by leading the Cowboys in receiving yards and then put a bow on it with the go-ahead game-winning score.