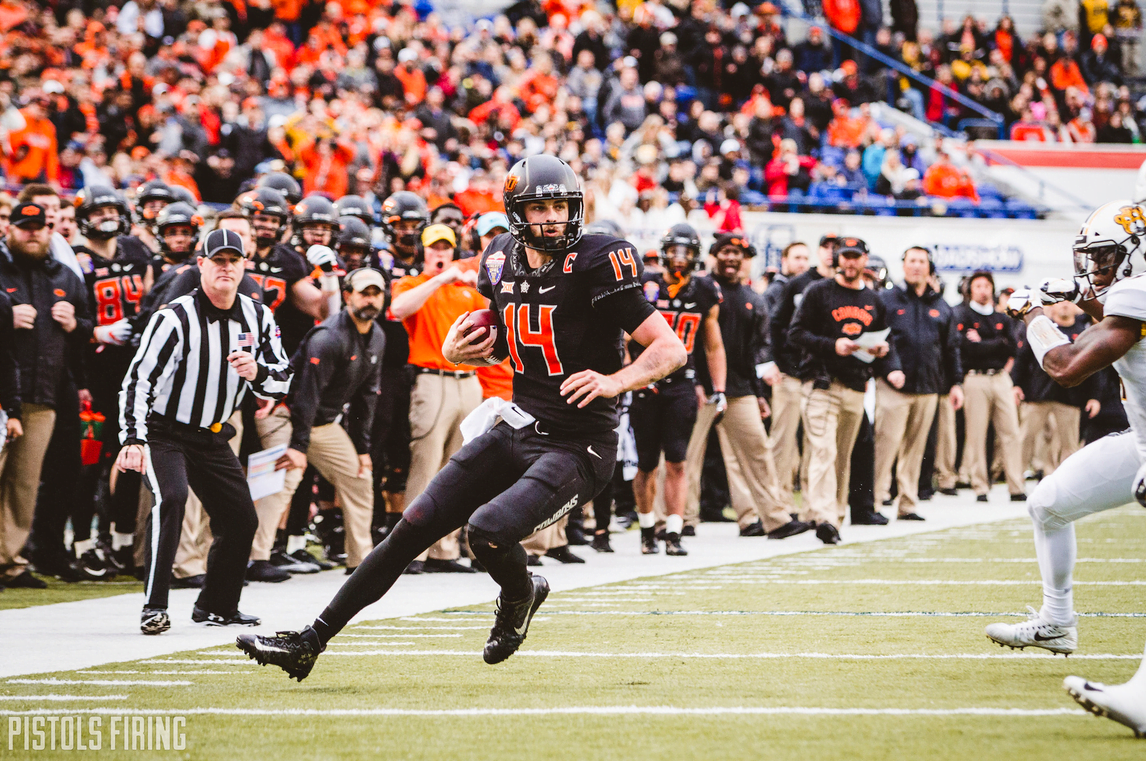 It’s representation season, it would appear.

On Wednesday, OSU running back Justice Hill announced he has signed with Athletes First as his representation for his NFL pursuit. And on Thursday it was announced that his quarterback, Taylor Cornelius, has also signed with an agency: Kelli Masters Management.

Cornelius’ NFL Draft stock is a bit of a mystery, but his big arm and big 6-6 frame should pique the interest of some teams looking to take a late-round flyer on a prospect with what he brings. ESPN analyst Todd McShay said during the season he considered Cornelius as a possible late-rounder, and DraftScout.com ranks him 15th among draft-eligible QBs going into the draft season.

There were only 13 quarterbacks taken in last years NFL Draft and 10 the year before, which could slot Cornelius into the seventh-round/undrafted area if that No. 15 ranking holds true.

In his first and only season as a starter in college, Cornelius amassed 3,978 yards passing on a 59.4 percent completion rate and tossed 32 touchdowns to 13 interceptions.