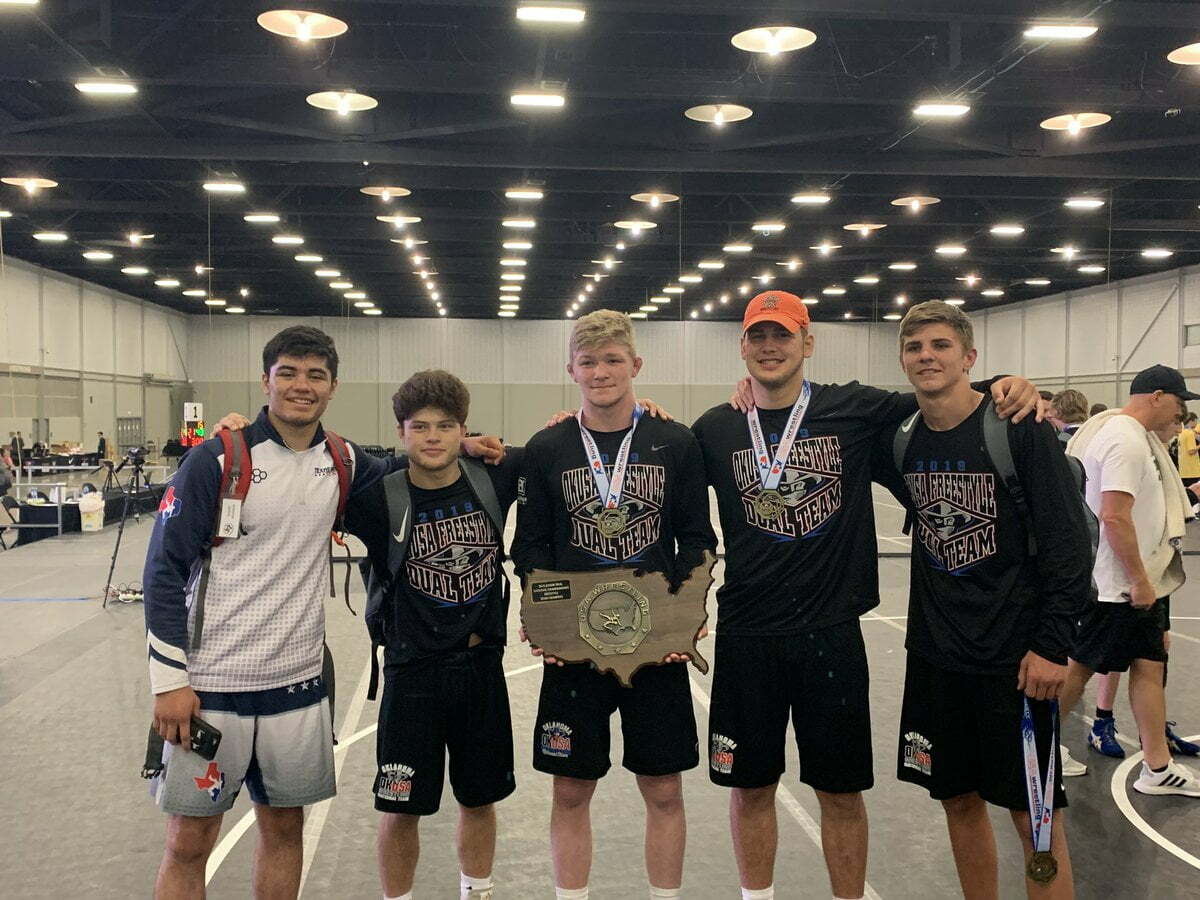 On Saturday, Team Oklahoma won a Junior National Dual Title. They knocked off perennial powerhouse Illinois in dramatic fashion as future Cowboy Luke Surber picked up a tech fall in the final match of the dual to win it for Team Oklahoma.

Luke Surber scores a 10-0 technical superiority win in the final match to give Oklahoma a 32-31 win over Illinois for the 2019 @USAwrestling Freestyle Junior National Duals title. pic.twitter.com/0Go3pdGLru

Notably, four of the members of this team are committed to Oklahoma State. Reece Witcraft has already made his way to Stillwater and will be on the roster next season, while Luke Surber, Dustin Plott, and Konner Doucet are core pieces of the monster 2020 recruiting class the Cowboys have coming in next season.

When you look at the composition of almost any great Oklahoma State team, regardless of sport, there is always a lot of local flavor that drives that success.

The great Oklahoma State football teams of the 1980s had a Midwest City quarterback in Mike Gundy, and a Heisman trophy winning running back from just across the state line in Wichita. Eddie Sutton’s first Final Four team was anchored by a center from Gans, Oklahoma. The 2011 Oklahoma State football team, which is almost universally viewed as the greatest Oklahoma State team ever was led by two first round draft picks from Oklahoma in Brandon Weeden, a quarterback from Edmond and Justin Blackmon, a wide receiver from Ardmore.

Even with all the history Oklahoma State has in the sport of wrestling the same rule typically applies there. The 1989 Oklahoma State team that broke the longest streak in program history of not winning an NCAA title was led by Kendall Cross, Chuck Barbee, Todd Chesbro, and Chris Barnes, all from Oklahoma. The 2003-06 teams that won four straight had some big national names, but also had Johnny Thompson, Johny Hendricks, Jarrod Sanders, Shane Roller, and Tyrone Lewis who were all out of Oklahoma.

Oklahoma State has had a huge rise in recruiting lately. It has, without a doubt, the No. 1 class for 2020 and may add more to it. With no official commitments for 2021 they’re also poised to have a great class there. As much as the recently retooled staff at OSU has made some big changes in its recruiting processes, and have done some great things in landing some big national names, this rise we’re seeing in Oklahoma wrestling could arguably be the biggest factor in improving Oklahoma State’s recruiting. Naturally, it’s just a lot easier to recruit top talent when it’s in your home state.

It all remains to be seen what this group will do when they get to Stillwater, but expectations and optimism about them are high, as it should be, it’s a really good group. If they do what most are projecting them to do, fans should really appreciate what the kids, parents, and coaches in the state have done to elevate wrestling here as it’s really one of the biggest drivers behind the success of the Oklahoma State program.