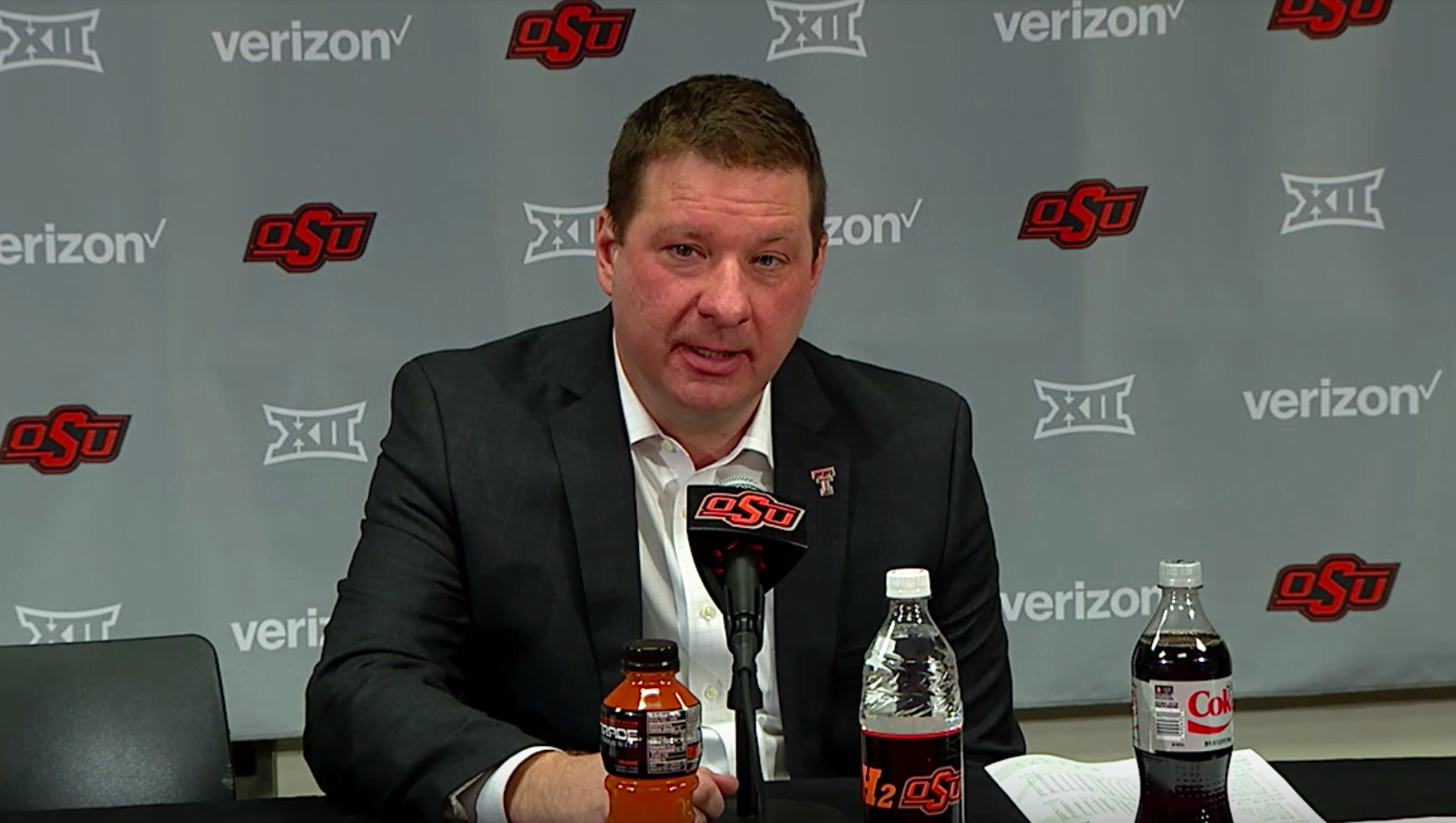 Oklahoma State led Texas Tech 45-27 at halftime before cruising to a 17-point win on Saturday in Gallagher-Iba Arena. It was the first time the Pokes have swept the Red Raiders since 2013. Raiders first year coach Chris Beard was impressed.

Whoooo boy. After Baylor’s loss on Saturday, OSU is just one game back of fourth place in the Big 12 (which is insane) with Kansas well ahead, West Virginia and Iowa State two games up and Baylor just one up on the Pokes.

“I think in the 0-6 stretch they had a couple of close games that could have gone either way, so if they’re sitting there at a 3-and-3 at that stretch, then the story isn’t quite what it is,” added Beard.

“I have so much respect for Brad, so I have to be careful how I word this, but I think that he would agree with me; he has really good players. He has an NBA point guard, one of the all-time great Big 12 players in [Phil] Forte, and in my opinion he has the most improved player, not only in Big 12, but in college basketball with [Jeffrey] Carroll.

“He has young players who really play their roles and play productive minutes. Put Brad on top of that, a guy who can really coach, they play defense. You’re not going to get an easy basket against Oklahoma State. They’re not going to beat themselves, for the most part, so I think they’re a team that will really play deep into the tournament.”

“We basically couldn’t guard them in the first half,” said Beard after Oklahoma State went 14-30 from the field and 8-16 from 3-point range.

“Their four best players did their jobs today, and our team is just hit or miss. If we can ever get it to where our best four or five players produce, then we could be pretty good as well, but not today.”