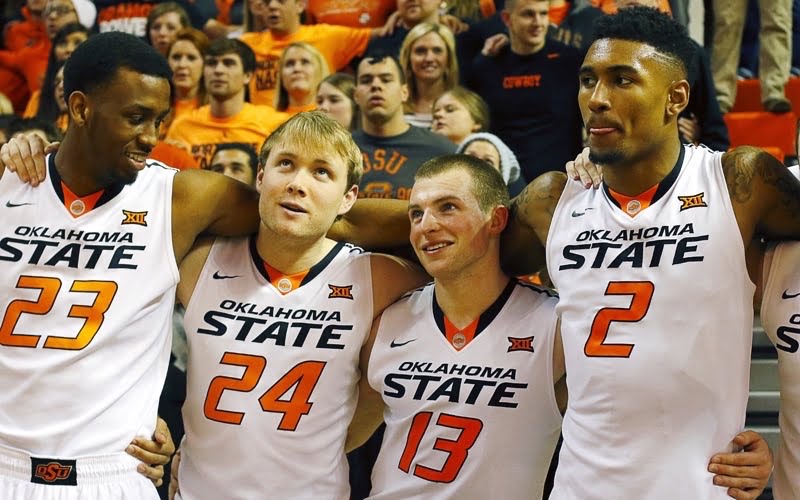 Yeah I’ll go there. I think Rudolph is special. I think he’s going to be great. And I think OSU is going to be pretty good in 2015 so this is a bet against Trevone Boykin and Seth Russell more than anything.

Daxx will be starting by Week 6, won’t he?

I’ve been given the benefit of 13 extra days of watching him (and the team) and this will hinge on if OSU can somehow finish in the to four but he’s certainly in the conversation right now.[1. Smart money is probably on Juwan Staten and WVU which is somehow 14-2.]

4. Rickie Fowler wins…more than once

Here’s the conundrum: Walsh would be the best backup QB in the country at a school not named Ohio State. It’s also going to be difficult to keep Walsh off the field at another position.

What do you do?

Also, are we sure he isn’t transferring?

He graduates this semester and would look nice in, say, a SMU or Southern Miss uniform, wouldn’t he? We’re 100 percent positive he’s going to be suiting up for Mike Gundy in 2015?

6. Basketball, not football, gets new uniforms

It would be too easy to say that football will upgrade its threads after four years with the same design. I hope they do but it feels like basketball is a more likely choice here.

7. Football schedules a home and home with a team that finished in the AP top 15 this year

I don’t think Mike Holder just says think off hand like that…here are your choices: 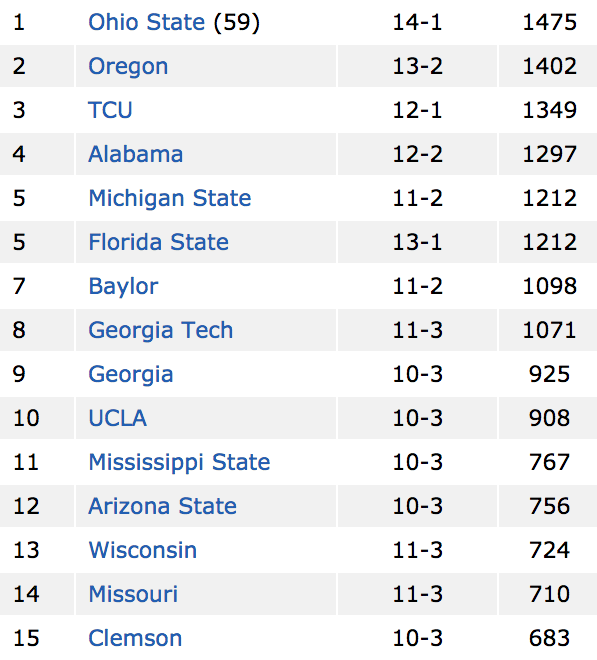 Speaking of Holder, I think he’s the choice to replace Oliver Luck. He doesn’t carry the same cachet as the Texas AD or OU AD but he’s the eldest of the bunch by nearly a decade.

I’m so discombobulated by this Travis Ford team. They play unselfishly, get good looks, lean on their stars well and are a lot of fun to watch. They aren’t really talented enough to get out of the second round but I’ll keyboard flip it if they do.

Currently this guy is the highest-paid player at 7 years and $127 mllion so…yeah.

Calvin Johnson has a $113 million deal so that’s the number Dez will have to top. Also, is there an easier job than negotiating Dez Bryant contracts? All you have to do is put in a DVD, hit play and wait by your mailbox.