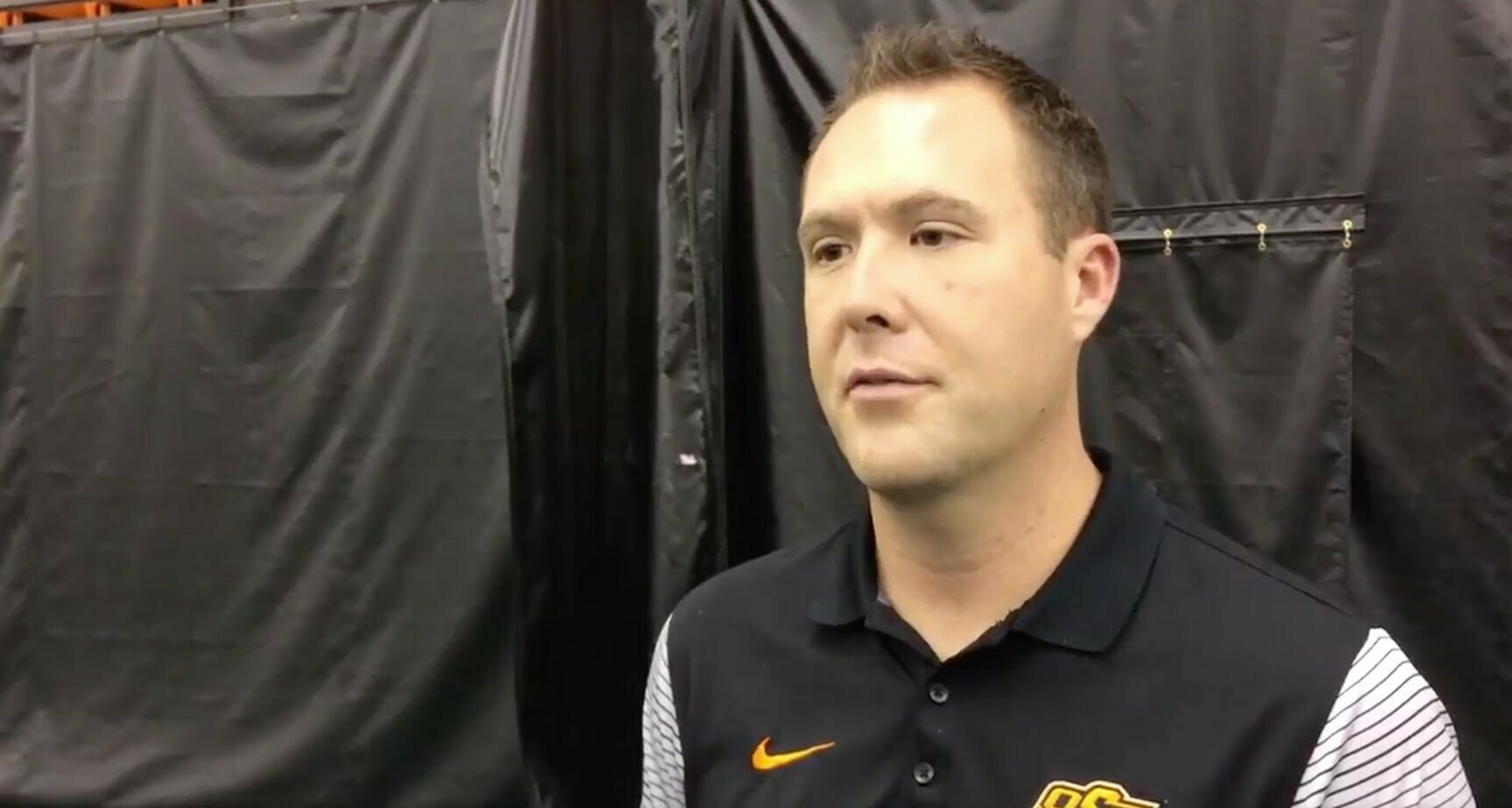 The Oklahoma State men’s and women’s tennis teams opened the 2017 calendar year with sweeps over the weekend against competition they should certainly be sweeping. Let’s take a look at what happened last weekend and what lies ahead for the Pokes.

The 14th-ranked Cowboys played two matches at home on Saturday, winning 6-1 against Texas Rio Grande Valley (UTRGV) and 7-0 against Oral Roberts. Usually, play is halted at the first to team to win 4 points. However, with both the men and women, they decided to play out all of the matches.

Doubles matches also were only played to six games (win by two) knowing a doubleheader was being played that day. OSU won the doubles point behind 5th-ranked Julian Cash and Arjun Kadhe and won five of six singles matches. Oddly, UTRGV didn’t bring enough players to have a third doubles squad or a 6th singles player so they actually conceded two points before the match even began!

The Cowboys in the afternoon match defeated ORU for the 21st consecutive time led by strong singles play from 30th-ranked senior Lukas Finzelberg. Coach Jay Udawdia was pleased with the results.

“It was great to get a couple of matches underneath our belt,” Udwadia said. “I thought that’s exactly what the team needed and it was nice to be able to win those matches. We’ve got a busy weekend ahead next week, but I thought that the guys were sharp tonight. They showed a lot of fight and grit tonight and I’m very happy with the performance overall.”

Up next for the Cowboys is the ITA Kickoff Weekend at home in the Greenwood Center were they will face No. 23 Columbia at 3:30 p.m.

Among a shining group of ladies was German freshman Lena Ruppert, who made her home debut winning three singles matches without surrendering a single game. Coach Chris Young was excited about his young freshman.

“It’s pretty impressive for a freshman in her first two dual matches to go 6-0 6-0, doesn’t matter who you are playing,” said Young. “That’s getting the job done so I’m really proud of her. I’ve never seen a freshman start her first three matches and win them all, 6-0, 6-0, so credit to Lena. She’s very professional with how she handles everything. She is consistent, and she’s going to be a tough out anytime she’s in the lineup.”

Take a listen to what #okstate head coach Chris Young and Lena Ruppert had to say after today’s victories: pic.twitter.com/vXYbVjUAiN

Freshman Aliona Bolsova of Spain and sophomore Sophia Blanco of Argentina also played in their first matches in the Greenwood Center going a combined 4-0 in singles play and winning two doubles matches as partners. Up next, the Cowgirls will host Cornell Saturday, January 28th at an unannounced time.

Thanks for keeping up with OSU tennis. If you ever can’t make a match and are interested in watching, OSU has cameras at each court to allow for viewership.