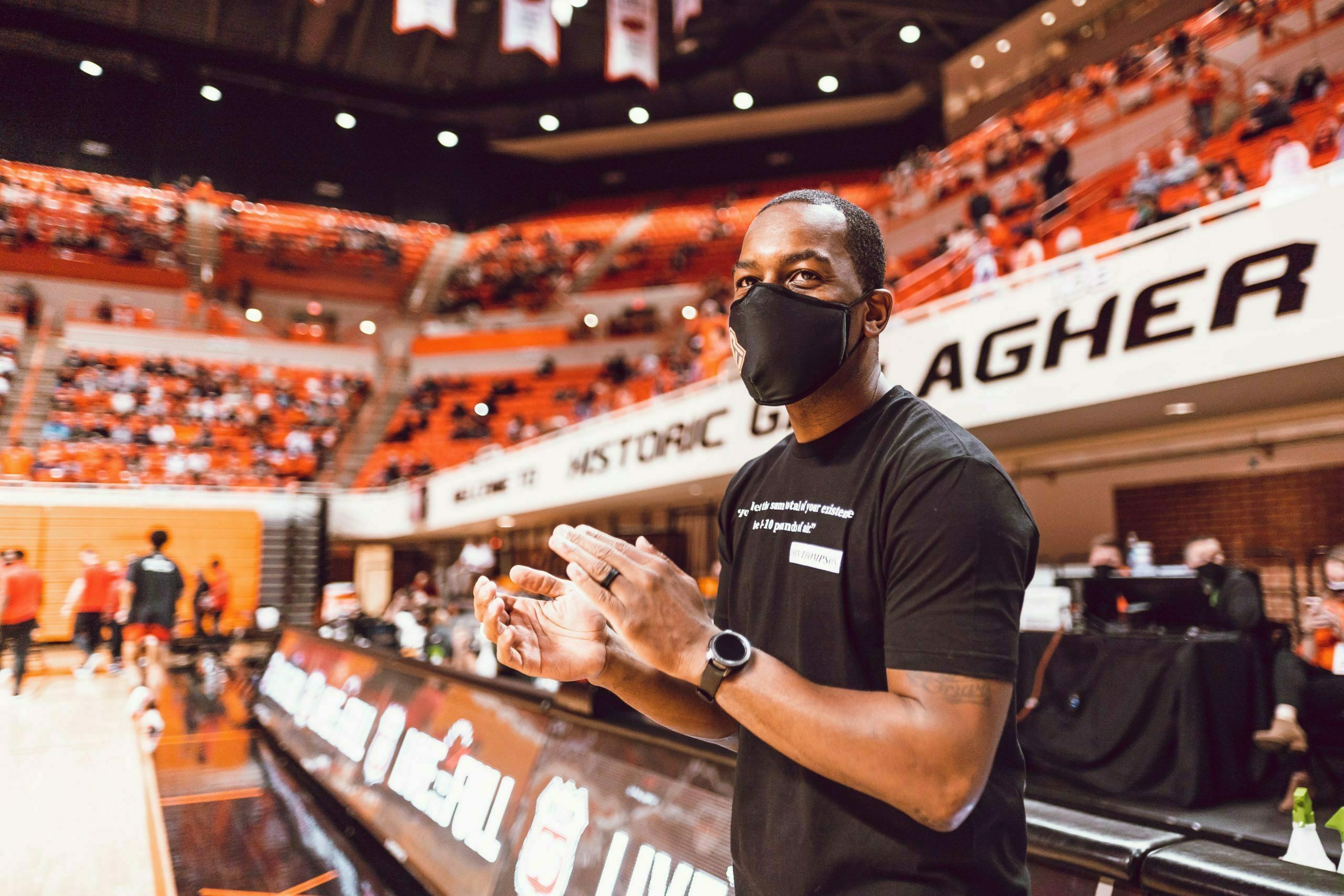 Transferring in conference is a thing.

Smith played in all of Tech’s 29 games this past season as a redshirt freshman where he averaged 2.6 points and 2.4 rebounds a game in 8.6 minutes.

Tech listed Smith at 6-foot-7, 220 pounds this past season. Although his per game stats might not jump off the page, his per 40 numbers are solid at 12.3 points and 11.5 rebounds.

He does most of his scoring at the rim thanks to his bouncy athleticism. He shot 61% from the field this past season. Although he didn’t take a ton of 3-point shots, he did go 3-for-8 from deep at least keeping defenses honest.

Here are about two minutes of Smith dunking in AAU games as a high schooler.

This likely isn’t the end for Mike Boynton and Co. in the portal.

DePaul center Nick Ongenda had OSU in his final three schools but announced Tuesday that he would return to DePaul. OSU also offered New Mexico Center Bayron Matos, but he committed to USF on Tuesday.