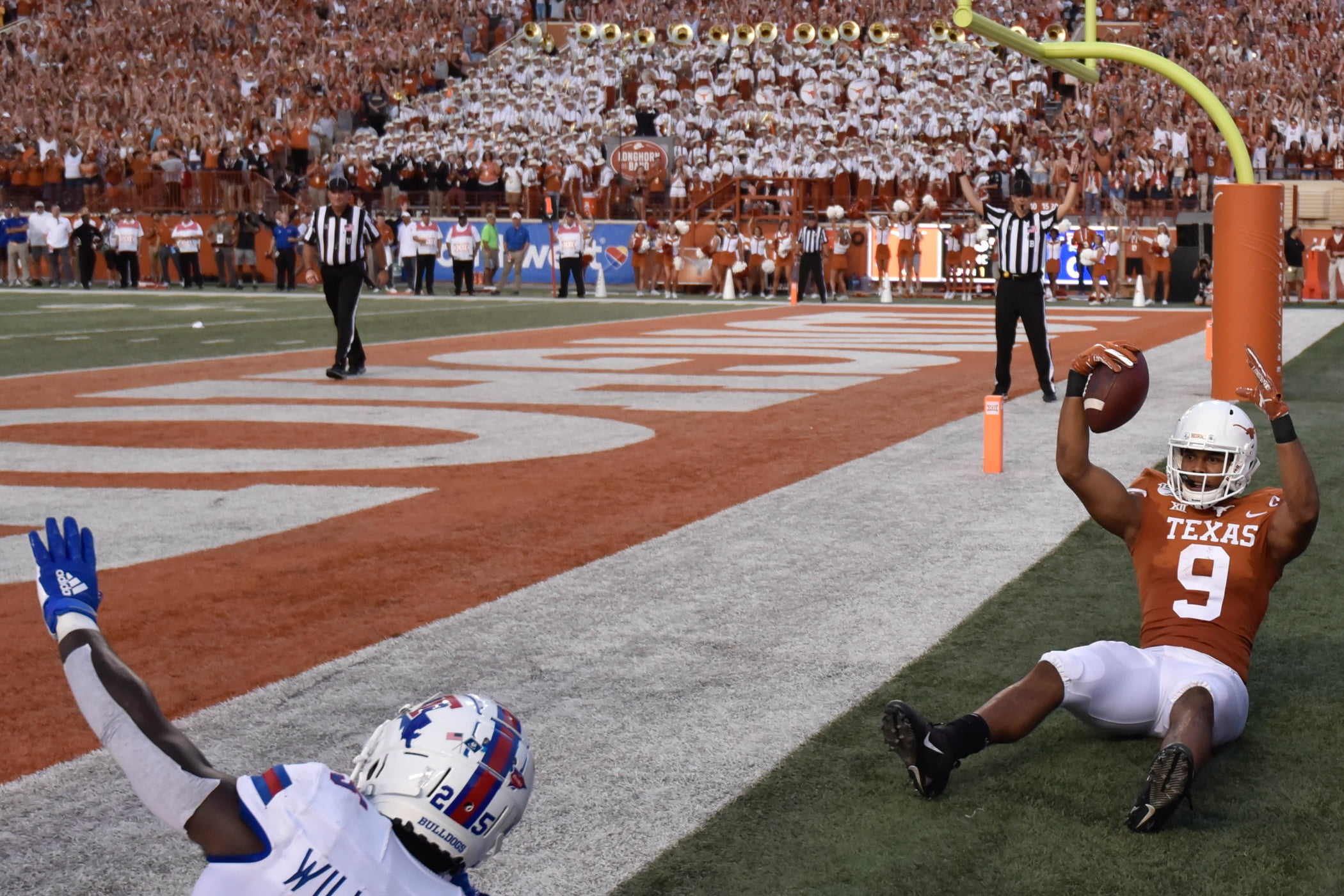 The Longhorns will be without their premiere pass-catcher for the second straight week.

After sitting out Texas’ game against Rice last week with a hamstring injury, Collin Johnson will also be out against Oklahoma State, Texas announced. Johnson had 68 catches for 985 yards and seven touchdowns in 2018. In two games this season, Johnson has seven catches for 108 yards and a score.

Texas quarterback Sam Ehlinger has had success with other receivers this season. Devin Duvernay leads the Longhorns with 27 catches for 269 yards and three touchdowns. With that said, UT is undoubtedly better with the 6-foot-6, 220-pound Johnson, who is thought to have first-round pick potential.

Center Zach Shackelford (foot) and linebacker Joe Ossai (shoulder) will play, though, after being listed as probable at the beginning of the week.