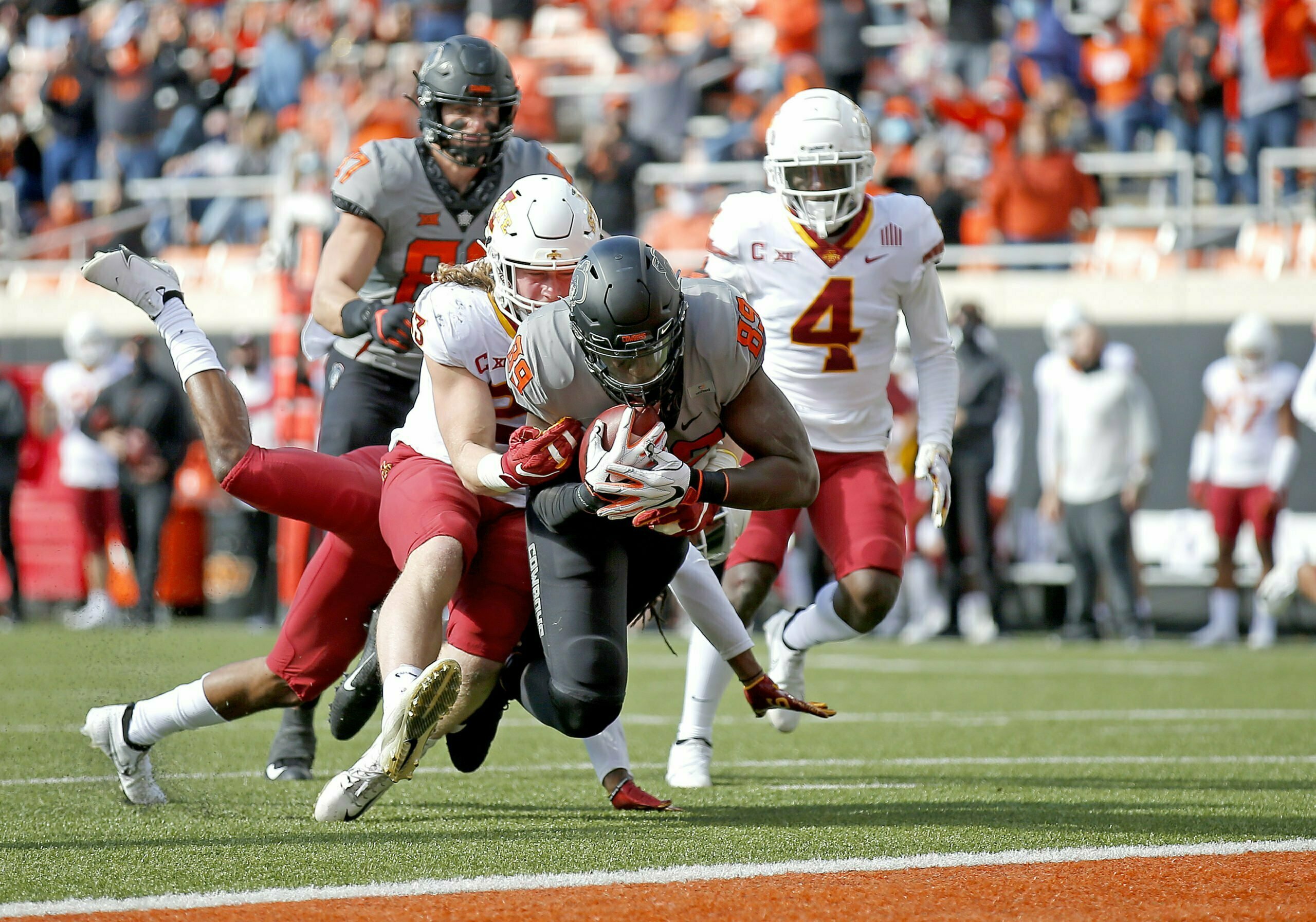 The Cowboys’ impressive start to the 2020 season continues.

Oklahoma State beat Iowa State 24-21 on Saturday to advance to 4-0. Here are 10 stats from the game.

48: Through four games, OSU’s defense has allowed only 48 points. That’s the fewest in a four-game stretch in the Mike Gundy era.

18: This is the 18th time Chuba Hubbard has ran for at least 100 yards in a game in his career. He ran for 139 yards and a touchdown Saturday.

226: The 226 rushing yards the Cowboys had were the most Iowa State has given up in a game this season. The Cyclones hadn’t allowed more than 116 rushing yards before that.

10: Through four games, OSU has allowed only 10 third-down conversions. Opponents are 10-for-56 (17.9 percent) against OSU on third down.

8: OSU has held its last eight Big 12 opponents below their scoring average.

30: This is Mike Gundy’s 30th career win against an AP top 25 opponent. Gundy joins Nick Saban and Dabo Swinney as the only coaches with that honor at their current school.