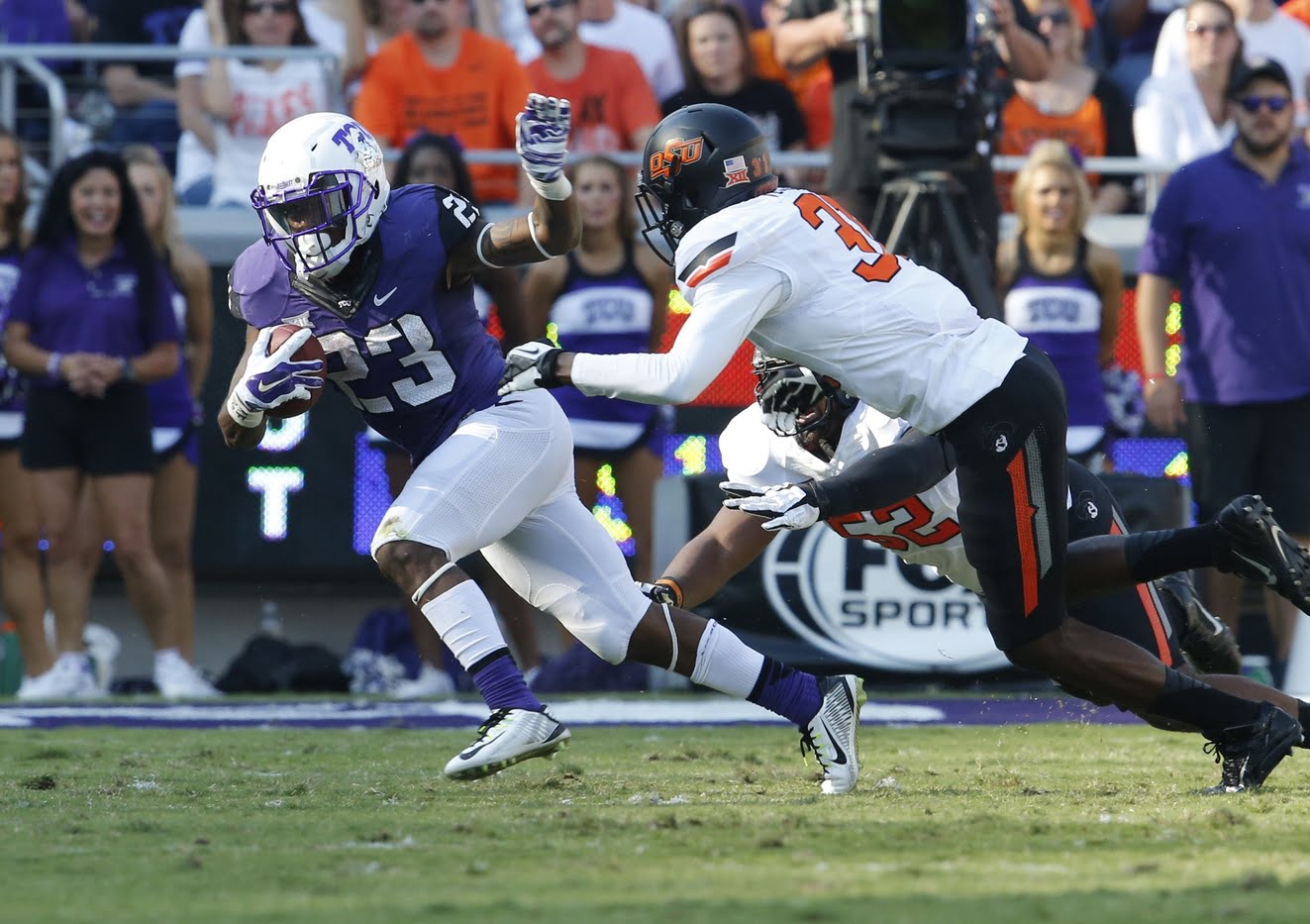 Mike Gundy voted TCU the No. 1 team in the country. (USATSI)

The Big 12 has a Playoff problem — I don’t think that’s any big surprise to anyone. But its problem is not what you might think it is.

Its problem, this year anyway (and likely for the foreseeable future), is that it isn’t home to enough of college football’s big boy programs.

For all intents and purposes I think we can agree that TCU, Baylor and Ohio State were pretty equal in terms of resume, on-field performance and impressiveness. You’d have to stretch the truth to say that one was clearly superior to the other two.

When that’s the case then the thing that takes over is the subconscious bias we all have towards college football teams that have traditionally been more impressive.

This isn’t a bias against the Big 12, per se, but rather the teams within the Big 12.

If Ohio State was Texas and TCU was Maryland then the Big 10 would be saying the same thing. It’s just that I think the Big 12 has more of them than other conferences.

If Baylor or TCU’s jerseys said Texas or Oklahoma, wouldn’t have been left out

More data that weekly rankings don't mean much: Mississippi State jumped ahead of Michigan State even though neither team played.

If you simply tell me “Ohio State and TCU are both undefeated, pick one for a playoff” I automatically, without thinking about it, determine that Ohio State must be better because they’ve always been better.

There was a good article in the New York Times on Sunday about bias within the workplace and while I’m not sure I agree with all of it, I thought this was part interesting.

The solution isn’t to stop pointing out stereotypes. Instead, we need to communicate that these biases are undesirable and unacceptable.

There’s not an impetus for this right now. Stereotypes and biases are desirable within the committee for the majority of fans, networks and the popularity of the sport itself.[1. More people would rather watch Ohio State-Bama than Baylor-Bama.]

I’m not saying the committee went out of its way to pick Ohio State over Baylor and TCU but the opportunity was there and the bias is strong and they took it by saying Ohio State’s 13th game mattered.

So the Big 12’s problem, as you can see, is that right now it has a lot of different (read: not OU and Texas) teams winning its conference.

It will take another 50 years of Baylor, Oklahoma State and West Virginia being good before anyone’s bias is for those schools and against the USCs, Michigans and Floridas.

Ultimately I’m with David Shaw on all of this:

Everyone should've listened to David Shaw from May of 2013: pic.twitter.com/Ub17Kzh8yX

If there’s a committee (and there is) and if it is going to select four teams from five conferences (and it is) then unless all those conferences are structured similarly you’re always going to have imbalance in the way the Playoff is put together.

It’s silliness, really. And to remove all of that I agree what Chris Fowler told Rolling Stone earlier this fall.

This committee is never not going to be a problem so unless we start solving things on the field we can prepare ourselves to whine and moan about it every year.[1. But isn’t that why we love college football to begin with?]