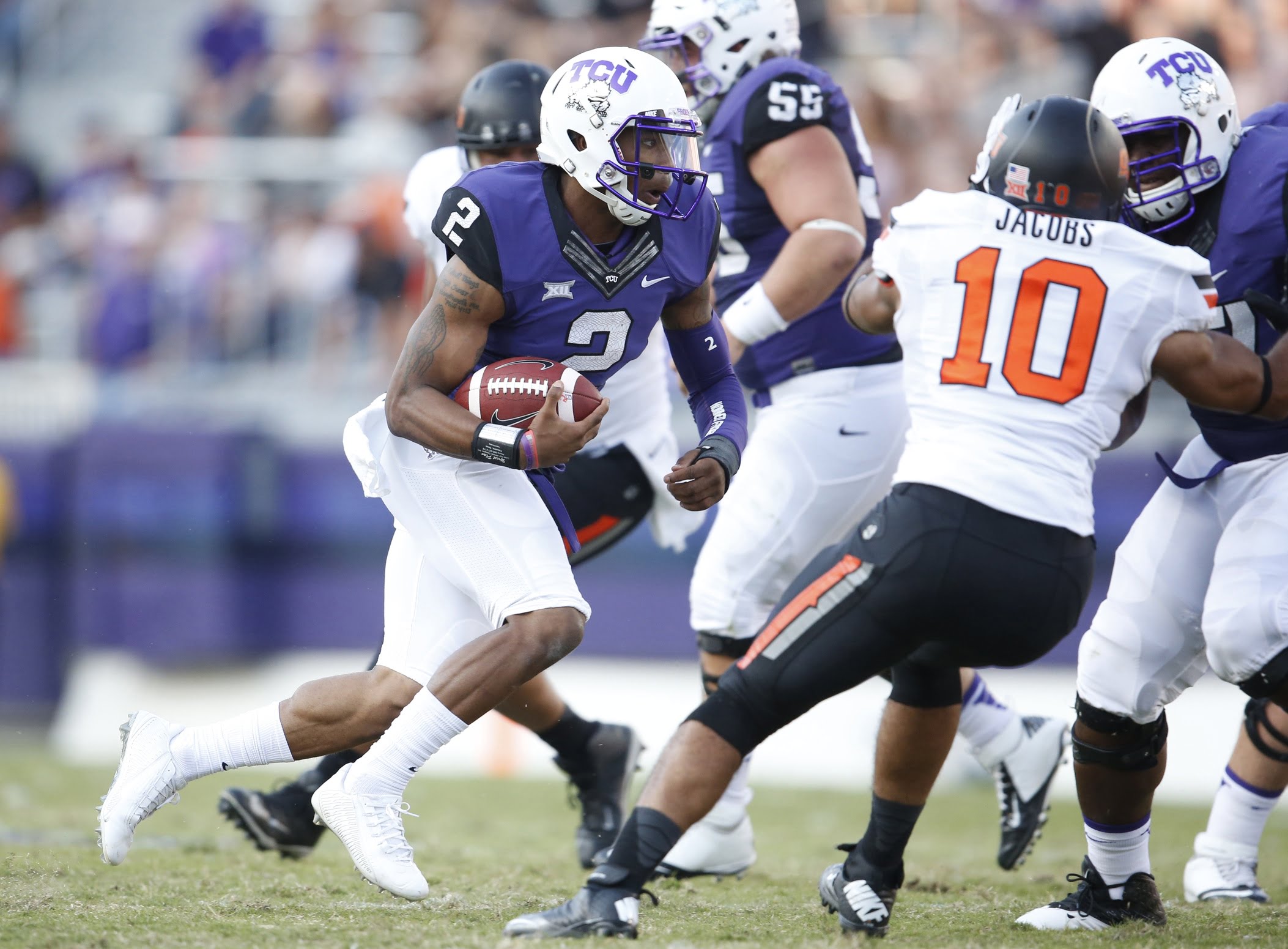 The Big 12 as a football conference hasn’t been all that interesting over its brief (by college conference standards) history. Usually OU or Texas took the crown with the occasional Colorado, Nebraska, or Texas A&M sneaking in the back door.

But then the last three years that’s been flipped on its head and three schools that have all had bouts with the doldrums of the sport have assumed the top spot.

What’s interesting (and never happened before) is that five different teams have won the conference in the last five years (stop it with the 2012 banner, OU — you’re only embarrassing yourself). The best stretch before that was 1997-2000 when four different teams won it.

The crazy part? TCU could pretty easily make that six different teams in six years if it wins out and OU beats Baylor in Norman. Speaking of OU — I was wrong about them. I’ll take my crow fried with a side of BBQ sauce, thank you.

That theory still applies to Baylor, though. Because they beat TCU the WVU loss doesn’t matter all that much. Win out and you’re the Big 12 champs and probably in the College Football Playoff.

My “this is how the league will finish” rankings this week.