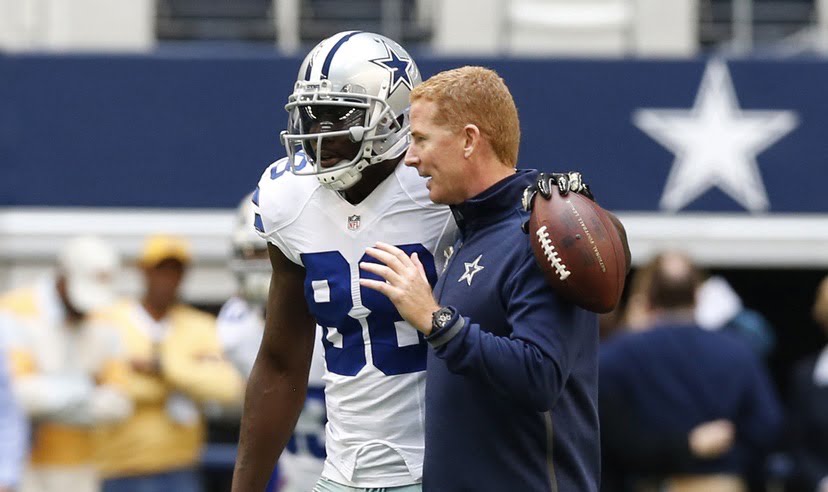 If you haven’t heard yet, things are not going well for the Cowboys. All of them, really — Dallas, Oklahoma State…I wouldn’t be surprised if Wyoming is trying to get its name changed at this point.

OSU’s issues are obvious, Dallas’ more subtle — and some of them revolve around two, you guessed it, Cowboys.

A few weeks ago Joe Randle got arrested for swiping some cologne and underwear and the video of his booking came out last week. It was absolute silliness (asking for a massage and why his height and weight wasn’t on his mugshot) until he started talking about his teammates.

This resulted in Jason Witten basically telling Joseph Randle to “shut up” (I’m sure there were other words used in addition to those two!) last week at practice after Randle and Dez started jawing.

Randle, probably realizing that this movie ends with him in a Saskatchewan jersey running wheel routes in Canada, said he regretted saying everything and apparently all is well now.

“It’s OK,” Bryant said after Sunday’s loss to the Arizona Cardinals. “I had my talk with him. There are certain things you just don’t do. We fixed it. We’re good. That’s my little buddy.”