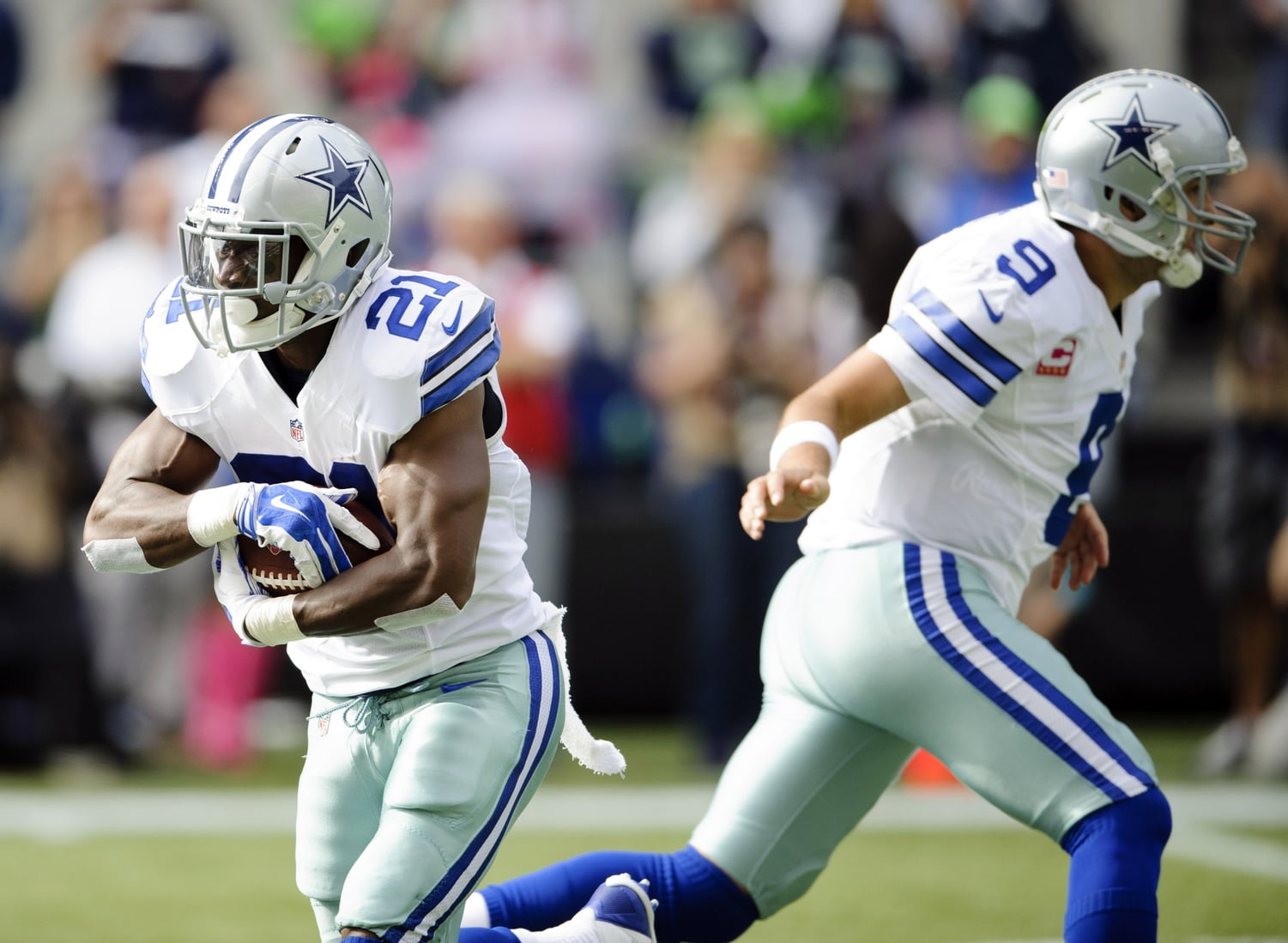 It shouldn’t be surprising when someone in the public eye — a 22-year-old no less — does something silly and/or illegal. We equate success in a profession and a high-paying job with a sturdy moral compass which actually makes us dumber than the folks committing the crimes.

And yet, when it’s one of our own, somebody we waved wheat for on Saturdays, it always is at least a little bit surprising.

The Joe Randle theft story is sad, yes, but it was also very weird. Randle, as you know, got arrested for trying to steal cologne and underwear from a Dillard’s in Frisco.

Then on Tuesday, according to Cowboys Ride For Free Randle’s dad called a Dallas radio station to defend his son.

“My son is not a thief, okay? He was just trying to get his baby out of there because she was clowning pretty bad. All he was going to do is take ‎the baby out and then he was going to come back and take care of his business.”

Then Randle himself debunked that theory, according to the Dallas Morning News.

“All right, y’all got me,” was his first thought after he was confronted, he told Frisco police, according to his arrest report. Randle said he didn’t pay because he didn’t want to take the time to do it and told police he “should have just kept walking to his car if he knew he would be arrested,” the report states.

My question is why is pops going on the radio in Dallas to defend a story his son didn’t even tell?

The worst part about all of this is that Randle bragged just a few weeks ago about having multiple pairs of $1,000 Gucci shoes.

There are a lot of motives for why Randle would steal the Dillard’s gear. One is that maybe he — and I’m going to try and make this sound not sarcastic — bought too many pairs of $1,000 shoes and didn’t have the money to pay. Maybe he thought “hey, I play for the Cowboys, we’re 5-1, I can get away with this.”

Maybe both, maybe neither, I don’t know. The reality, though, is that this was not a professional move. This was a Herschel Sims move. And it’s one Randle will be held accountable for as he should be.

As I’ve written dozens of times we don’t know know these dudes and never will and as such we shouldn’t submerge ourselves in what The Economist refers to as the Halo Effect.

Because Randle is fast and shifty on a football pitch doesn’t mean he’s smart or ethical and yet I often link the two (maybe I’m alone in that…maybe I’m just writing this post to myself?) He’s a good football player so he must be smart, I say, or at least think, to myself.

I think the opposite as well if I don’t catch myself. This is what I’d expect from Alex Cate, I posit.

There is grace to be found, however, as fans of athletes and other humans. I want guys like Justin Blackmon and Joseph Randle (and I’m not equating their crimes) to succeed both on and off the field.

It’s just sometimes difficult to remember that one doesn’t affect the other.