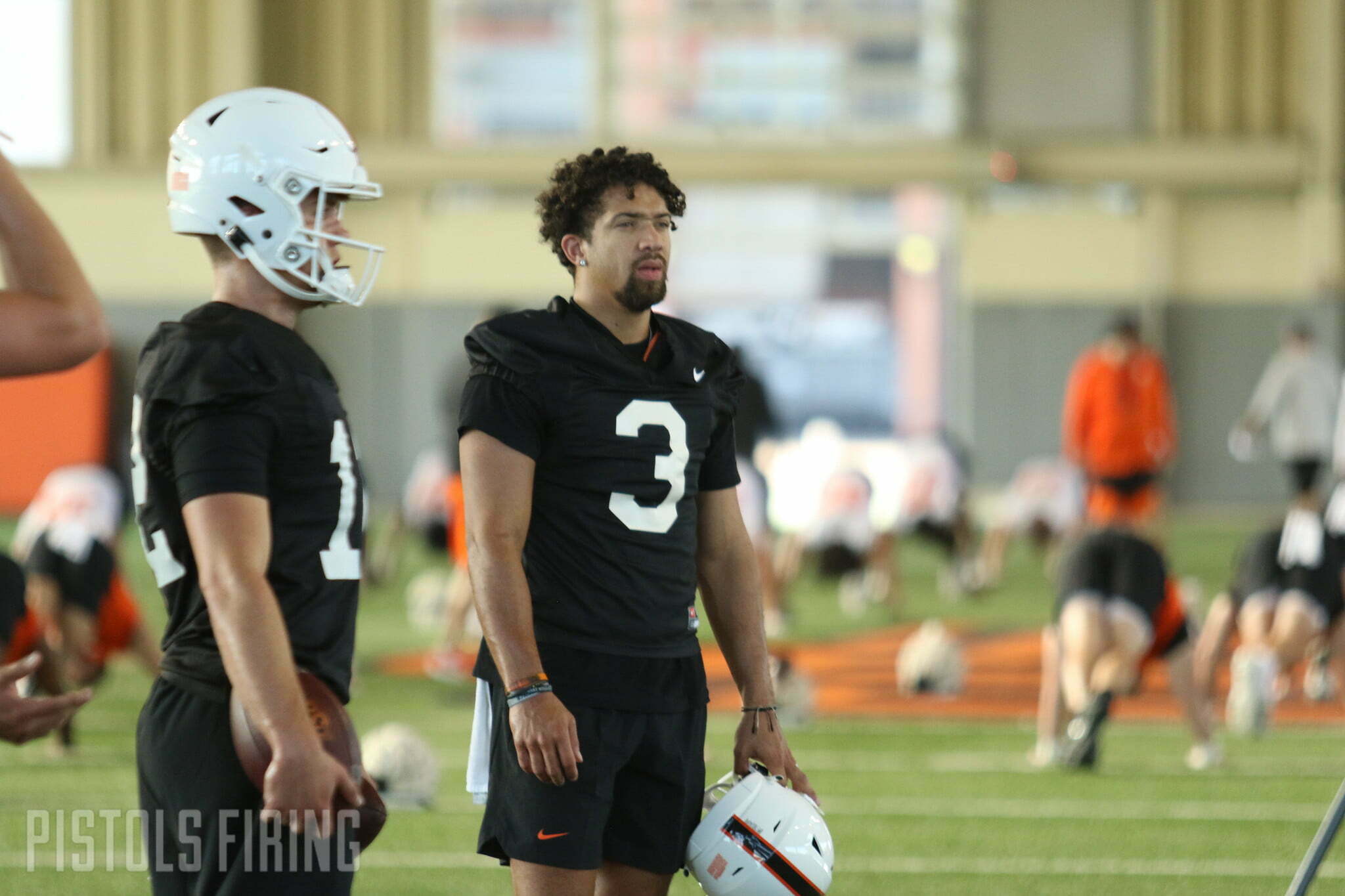 Backups play an important role in football because, well, isn’t it obvious? Football is a violent sport! Mini car crashes occur each play! The odds a starter goes down for any time at all is pretty high. That only elevates the importance of having good depth.

That’s why having backups — and quality ones — is key to success. Often times the best teams aren’t the ones with the best starters, but the best with the most competent two-deep depth chart. Starters sometimes can only carry you so far. (Cardale Jones at Ohio State is a great example of this. Same for Tua at Alabama casually going from a bench player to a title-winner in a championship game. Who sits behind the starter is key to success a lot of times.)

It’s not just quarterback, either. When a receiver or running back or offensive lineman goes down, it’s vital to have someone capable of filling that starter’s role with little to no drop off in talent.

So who are OSU’s most important backups in 2022?

Well, here are my picks, in no particular order.

This is a blind pick for whomever is second on the depth chart at the linebacker No. 1 spot that will replace Malcolm Rodriguez. The expectation is that former Texas Tech standout Xavier Benson will succeed Rodriguez in the middle with Dizadare, Nick Martin and Jeff Roberson all in the mix to play there (or in the Devin Harper role) as well. Rodriguez’s impact last season was so great because of his smarts and ability to read coverages and then execute, so getting that out of Benson — and his potential backup — will be key to preventing a dropoff on D this year.

Yes, out of the slot, it will be Brennan Presley for Oklahoma State. But do not dare discount how good John Paul Richardson is. The camp reviews — and this is really dating back to last season — are pristine. Folks around Stillwater love his game. Big-time playmaker.

This is a bit of an off-the-radar pick — Beamon played in only one game last season with OSU — but he’s got major potential to be a long-term contributor. The redshirt freshman was a young gun last season after reclassifying, so the goal was always to get him experience and grow in the training program, and now he’s done that to the point where he should be considered a factor at corner. Love his potential.

With QB Garret Rangel still just a true freshman, I’m expecting Gunnar Gundy, Mike Gundy’s son, has the inside track as things sit now to win the QB2 job behind Spencer Sanders. Sanders has missed at least one game each season he’s been the starter, so Gunnar’s abilities are plenty important not just as a depth piece but as a potential fill-in. The system will change when he’s in — he’s not as mobile as Sanders (who is, though?) — but he has a strong arm, knows the system very well and can safely and competently be a game manager.

With Dominic Richardson likely entrenched as the lead back in an expected committee, who steps up behind him in this position group is key. Mike Gundy has emphasized this offseason over and over again that they intend to spread carries around, so Richardson may get first dibs but it’s unlikely they ride him as a true workhorse. This entire position group behind him, though, is both young and inexperienced. Nixon and Jackson (the former a Texas A&M transfer) have a combined five career carries; Brown and Gordon are true rookies.