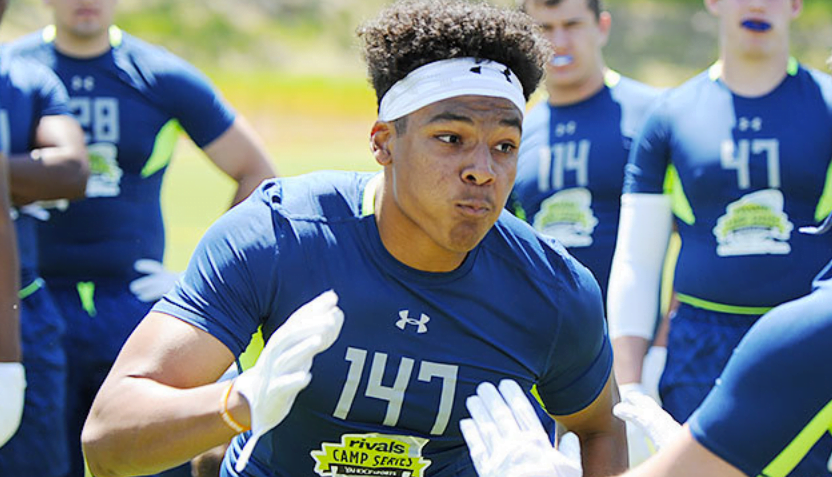 The Reload is PFB’s recruiting recap, catching you up to speed on all things surrounding Oklahoma State recruiting, with an ear to the ground of what’s to come.

First up: 2018 prospect Jalen Redmond, a defensive end for Midwest City. He may very well wind up as the best athlete in the state. The three-star recruit is a heckuva basketball player, an athletic pass-rusher, and has raw skills with high upside. OSU took notice.

Very excited and blessed to receive a offer from Oklahoma State University!? pic.twitter.com/XXrvhr3LBE

Redmond also picked up offers from TCU, SMU, Texas Tech, and Arizona State in the past week.

Before Redmond’s offer, Putnam City prospect Ron Tatum landed an offer. This 2018 recruit picked up an OU offer late in 2016, but was just uncovered by the OSU staff.

Blessed to have received my 2nd offer of the day from The University of Oklahoma State!!!? #GoPokes pic.twitter.com/lA82qjH5k2

Tatum has BLOWN UP with offers from Texas, Alabama and Texas Tech all coming on Wednesday. He’s no longer a sleeper.

Wooo boy, Marcus Arroyo has been a busy man it appears. Oklahoma State extended offers to a slew of running backs this week. So let’s go down the list.

I can’t confirm at the moment whether this was a running back offer, but I’d lean towards it being a defensive offer — likely at safety. The 6-foot-4 stud recorded 173 tackles and four takeaways last season, but also saw limited time as a wide receiver.

Here’s a brief list of those I know are visiting. Will update as I see.