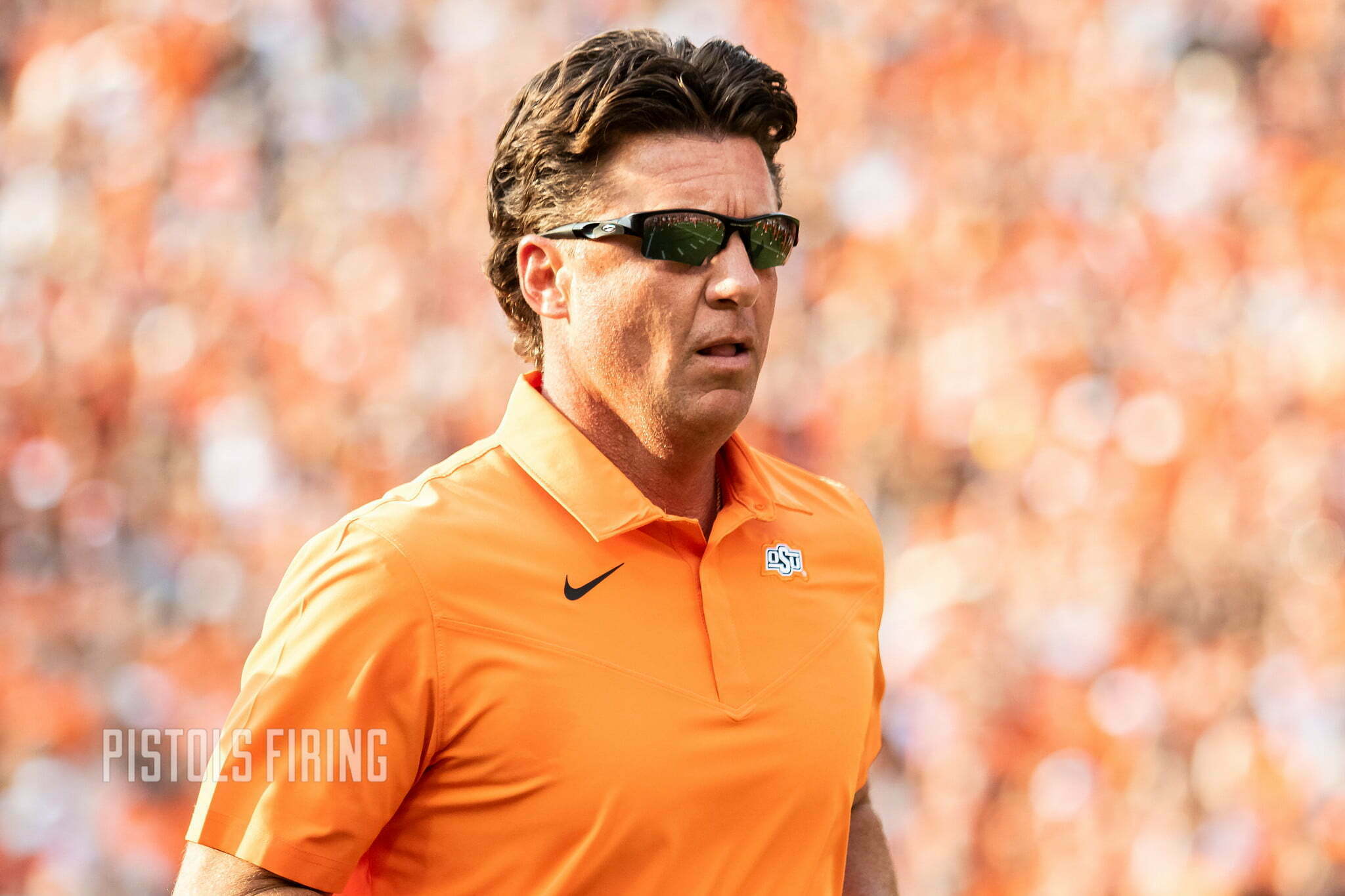 Mike Gundy kept his postgame press conference Saturday night succinct, talking just under 15 minutes to recap his team’s 23-16 win to open the 2021 season. Here is a rundown of his quotes from Saturday night. (The full presser can be found here.)

“The defense obviously did a great job. We put them in a terrible situation multiple times. They faced 83 plays, which is a lot, so they really stood tall and made a bunch of plays. I was very proud of them.”

Mike Gundy said OSU has been without Spencer Sanders since the “middle of the week” and that he “should be back with us in a couple of days.”

“I thought he played pretty good. He doesn’t have a lot of experience. He made some throws, then he missed a few. But where he’s at with his experience, I think he played fine.”

“Langston Anderson had a foot injury in warmups. … Logan Carter will be out quite awhile. Israel Antwine, I’m expecting him back in a few days. Hunter Woodard I’m expecting back in a few days. Langston, I don’t think with his injury he’ll be back for awhile. Trace Ford won’t be back for awhile. Collin Clay won’t be back. Blaine Green, it’s going to be awhile.”

Mike Gundy on the running game

“[The running backs] will rotate. [Dezmon Jackson], the few times he ran, he looked good running and then he fumbled. We have confidence in those guys. Jaylen Warren is a little heavier back so down [around the goal line] he gives you a little more. But really any of those guys can run in any place. We just weren’t very successful rushing the ball. We need to find out why because we certainly need to be able to do that.”

“I thought he played really good. He bumped his ankle up a little bit in the first quarter. He fought through it. I’m hoping he’ll be fine. He’s had a great preseason, worked really hard the last six months. . . He’s a completely different person and player. His life’s in order, he’s confident, he’s competing. I’m sure health-wise he’ll be fine, but he’s worked in the last nine months to put himself in position to have a lot of success.”

“Malcolm has been a special player here forever. Has a lot of natural ability to get to the ball and make a play. He’s done it, does it all the time. Great leader for us.”

Mike Gundy on throwing it on second and third down late

“We just wanted to try and win the game. We should’ve made [those plays] and the game would’ve been over. I was the one that made the decision to throw and end the game. It didn’t work, so that was on me. They were overloading the run. That’s on me. It sure didn’t look good after it happened and they didn’t have to use timeouts. I was not too fired up about that.”

“Alex missed one, I got all the confidence in him. We had a good return. Couple good returns. We punted and tackled well. First couple times we didn’t kickoff very well. Made a change, put Tanner in. Overall when we got settled in I thought we were fine.”