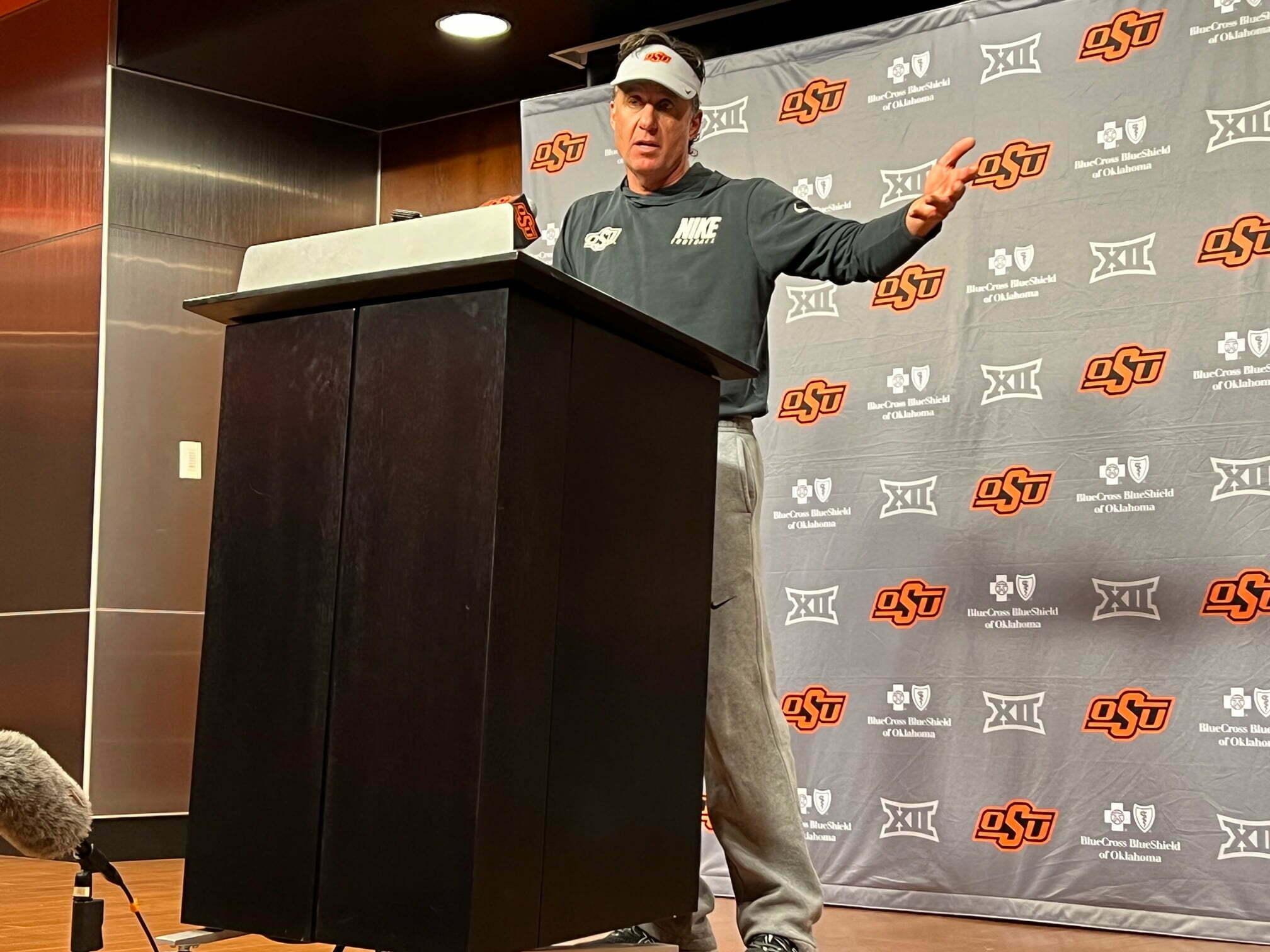 STILLWATER — No. 7 Oklahoma State got the Bedlam monkey off its back in a big way Saturday inside Boone Pickens Stadium, handing No. 10 Oklahoma a 37-33 defeat and in the process eliminating its rival from Big 12 contention.

“That was a heck of a game,” said Mike Gundy.

There was a special teams score, interceptions, a safety, lead changes and one heckuva comeback from the Pokes, who moved to 11-1 ahead of the Big 12 championship next week against Baylor and keep their college football playoff hopes intact.

Here’s what Mike Gundy had to say after the win.