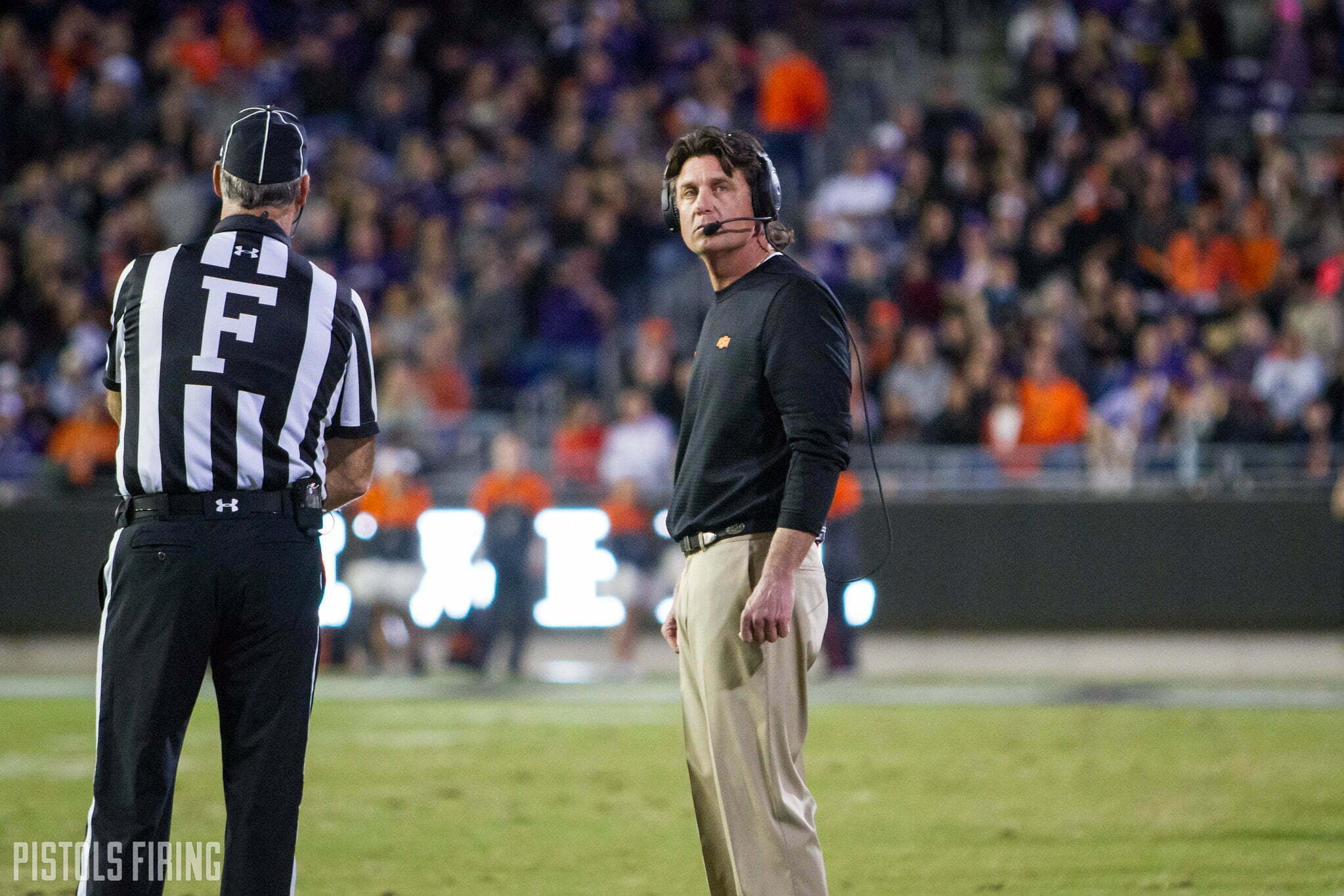 Mike Gundy spoke at length with the media postgame Saturday after his Cowboys defeated Texas Tech in a shootout that featured well over 1,000 yards of total offense, 94 total points and enough see-sawing on the scoreboard to make one dizzy. Here is what he said.

“That looked like a lot of the games we’ve played here over the last 10 years. We got into the third and fourth quarter where neither team could slow the other team down other than a turnover. We were able to rally and make some plays and found a way to win. We had a few guys go out of the game who we had to replace with young players who came in and competed. It’s a good win for our team.

“That was definitely like it used to be. We hadn’t been in that situation this year, and you just have to rally back. It’s like being in a title fight, you’re going to take a blow and you have to give one back. You just try to hang on long enough so you can get the last one. Our guys found a way to come out in the end, which I was proud of them for playing well down the stretch.”

“Dez competed and ran well. He looked good out there once he settled in; it looked like he saw some of the cuts really well. I would’ve preferred he hang on to the ball late in the fourth quarter, but overall I was proud of the way he competed.”

Gundy reflecting on the senior class on Senior Day

“It’s another special group. We’ve had class after class come through here that have all been to bowl games, been ranked high in the country and played in big-time television games. All of these guys are graduated and most of them have minors or double majors, and I think nine of the 22 today were already in grad school. It makes us proud because that is part of our job. Our guys are getting quality degrees, and then they’re competing in football. Hopefully we are putting a product out there that can be productive in society and help give back to make the world a better place.”

“He played really well. He’s been beat up a little bit and hasn’t practiced much. He got two days this week and had been practicing one day a week. He’s a veteran guy who has seen a lot. On his interception for a touchdown, on the sideline he told the coaches if they run that same route concept again that he was going to intercept it and run it in for a touchdown. He went back out and did exactly what he said he was going to do. He’s a pretty savvy guy, and he is intelligent and has had a lot of reps so he is generally in the right place at the right time.”