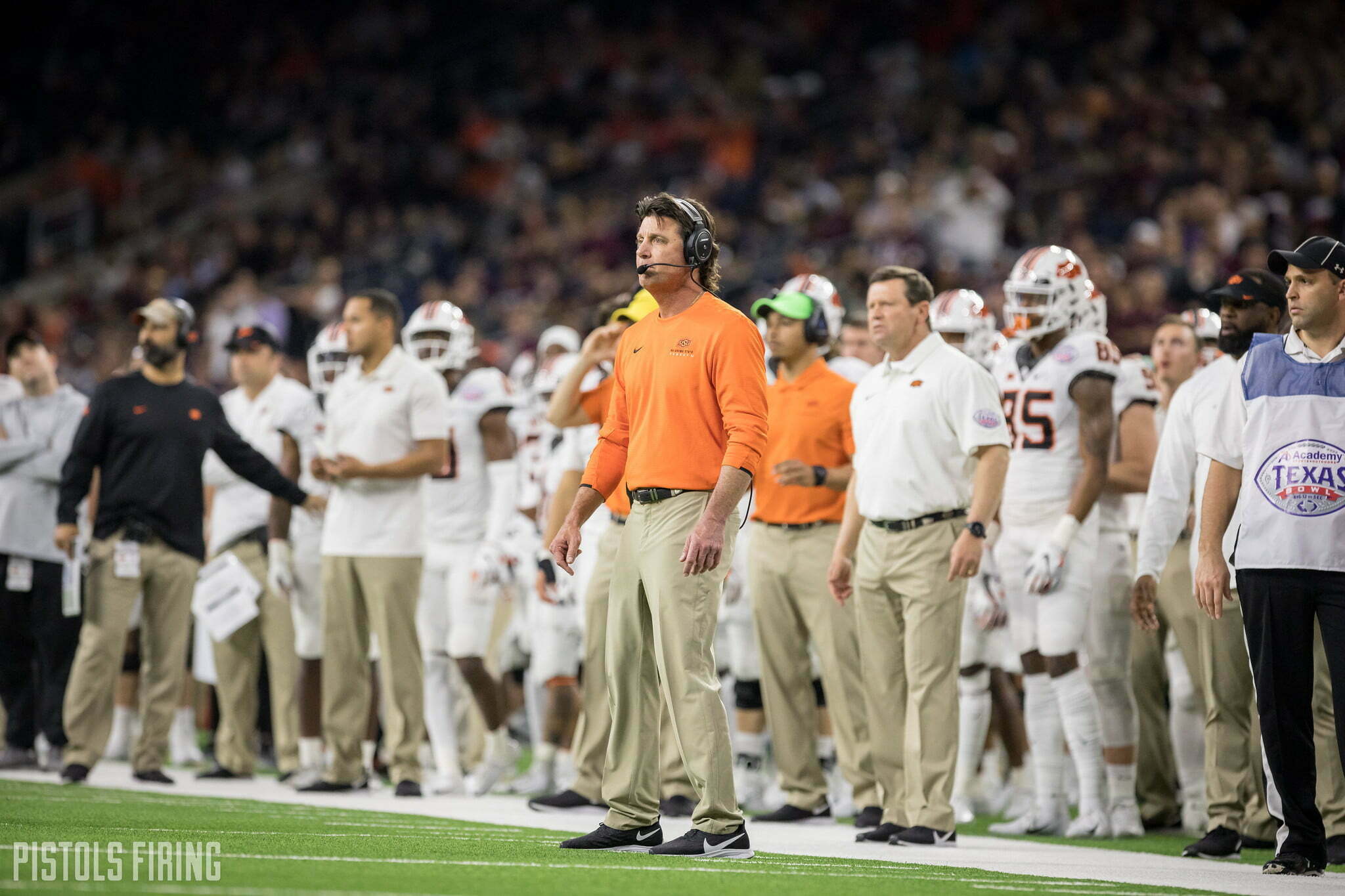 There is just one more sleep until the Cowboys end what’s been a wild 2020 season.

Oklahoma State plays Miami in the Cheez-It Bowl at 4:30 p.m. Tuesday. OSU coach Mike Gundy met with reporters via Zoom on Monday morning to preview the game. Here is what he said.

“Our team had a great week of practice. We sent him home for a few days and then brought him back. So, we’re excited about playing in this game. It’s been an unusual bowl experience for us in that normally we’d be down there, spending six wonderful days in Orlando with the Cheez-It Bowl, so this is like a road game for us. We have a lot of work to do today in Stillwater, and then we’ll load up on planes and fly down there and get to the hotel, kind of get settled in, do some walkthroughs and then eat dinner and then let the players kind of enjoy the evening, and then get up and have a, what would be, a normal game-day routine.

“It is different than it has been in the past, but I was proud of our team for staying together and working, getting three or four quality practices and getting a chance to go play in a bowl game. This is something they’re going to remember for the rest of their life.”

“A very fast team, like what we talked about earlier in the week. They’re skilled at all positions. They’ve got tremendous team speed at every position. Quarterback is a really, really good player. He makes them go. Sometimes he’ll pull it down, take off, he’ll make a throw or make a run, and it changes the game for them. So, this will be a great challenge for us. But our guys have practiced hard they’re excited about playing the game.”

“There’s no question we made a good decision letting them go home for three days, spend time with their family. It cost some practices. We had, what I would consider, four real practices for this bowl game. Most bowl games for us, we practice 14 times, but for them to go and spend time with their family, take a break and then come back their attitudes been good, the practices have been good. In the meetings, they’re all joking around enjoying being around each other, and that’s really what we’re trying to get accomplished this year during the bowl season.”

On the offensive line

“Well they’re doing good. We’ve been fortunate that we haven’t had to make changes on game day. And so, the young guys are getting a little better. We’re not [a] finished product, obviously, with the youth and inexperience we have up there, but they’re better than they were a month ago, that’s for sure. It’s good to have them out there practicing, good to keep them together and that should help in the game.”

On the challenges of the year and Chuba Hubbard opting out

“Chuba hasn’t been playing a game for us in really, I think, four or five games, since he’s actually played in a game for us. But it’s been a very unusual year for a lot of different reasons. Whether it’s an injury or you have a player that’s deciding to not play anymore and move on to the NFL, you put the next guy in. Our team has handled it really well. It is unusual, but you’re not left with a lot of options there. When your player decides they want to move on to play in the NFL and they’re not practicing, you coach the ones that show up in practice and you get them right playing the game.”

“Not really, not anybody that would grab your attention. Most of the players that we had in the Baylor game, that would be the last reference, they’ll be out there playing. LD Brown has practiced the last week and feels better, and so we’ll have him available at the running back position. But the other guys that finish up the season will be the ones that will be out there for this game.”

On Tylan Wallace and Dillon Stoner

“Both of those guys are old-school warriors. They compete. They practice. They play in games. They’re physical. They’re great leaders. They’re reliable. They’ve been fantastic for this organization. Tylan has done himself wonders individually for his career with the year that he’s had this year, and we’re excited that we have him in the bowl game and he still wants to be a part of our team and compete.

“Dillon has just done what Dillon’s done here for years, you know, he just continues to make plays. We play him at all three positions based on if we have an injury, and he shows up and he’s able to be very competitive and make a lot of football plays.”

“No, we didn’t have any issues in the culture that we had here at Oklahoma State. I think anytime you go through things in life you always sit and listen, think about it, look, see what direction you need to go. But we’ve had a great line of communication with our team. Really in July is when we all got together, started with the OTAs and started moving forward. And our players have competed. I think if you watch our football team and how hard that they’ve played in the games and continuing to compete with injuries and players that stop playing during the year and other players have to fill in. Then to finish up, we played really good football in our last game against Baylor. And then we’ve had great practices over the last week or so and getting ready for the bowl game.”