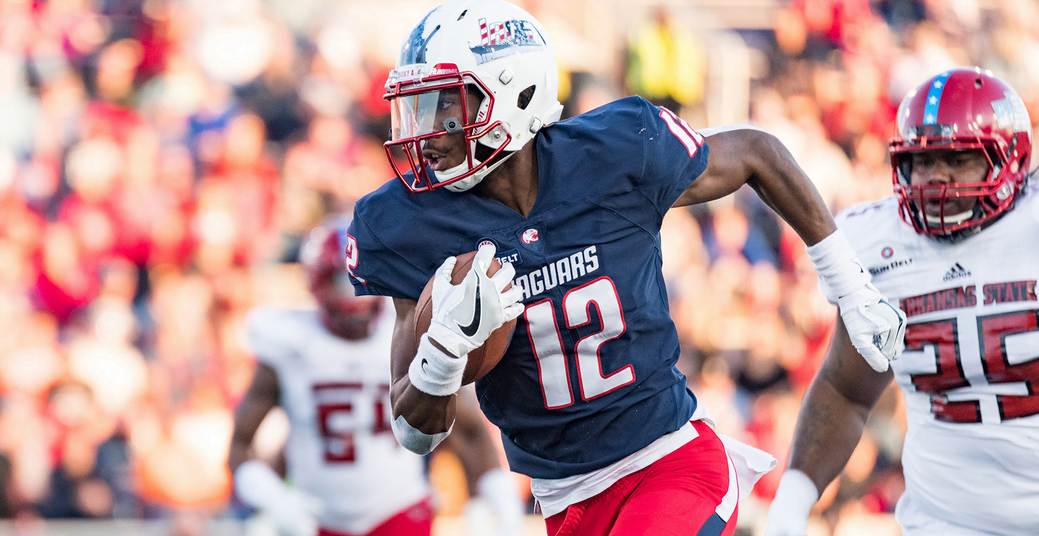 Oklahoma State went to the NCAA Transfer Portal once again late Monday night, landing South Alabama graduate transfer receiver Jordan McCray. The Cowboys are still looking to solidify the outside receiver spot opposite Tylan Wallace after the departure of Tyron Johnson, and adding McCray gives them another option heading into 2019. Redshirt freshman receiver C.J. Moore had a stellar performance at last weekend’s spring practice, but Mike Gundy seems to think he’s not quite ready for a full workload at wideout this upcoming season.

Whether Moore is ready to take over a starting role or not, adding McCray definitely doesn’t hurt. Below I’ll break down just what he can bring to this OSU offense this fall. 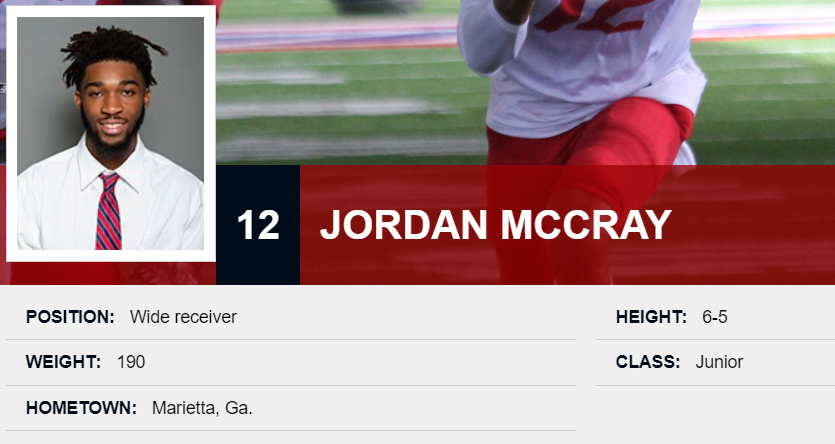 The Marietta, Georgia native wasn’t highly recruited coming out of high school. He received some interest from Auburn early on in his recruitment, but this died down after he suffered a season-ending injury early his junior year. McCray ended up committing to play at South Alabama where he spent the past three seasons. As a Jaguar, McCray hauled in 58 receptions for 650 yards, including five touchdowns. Last season, he was a starter for USA at the “Z” receiver position, lining up next to talented wideouts Jamarius Way and Kawaan Baker, shown in the image below. 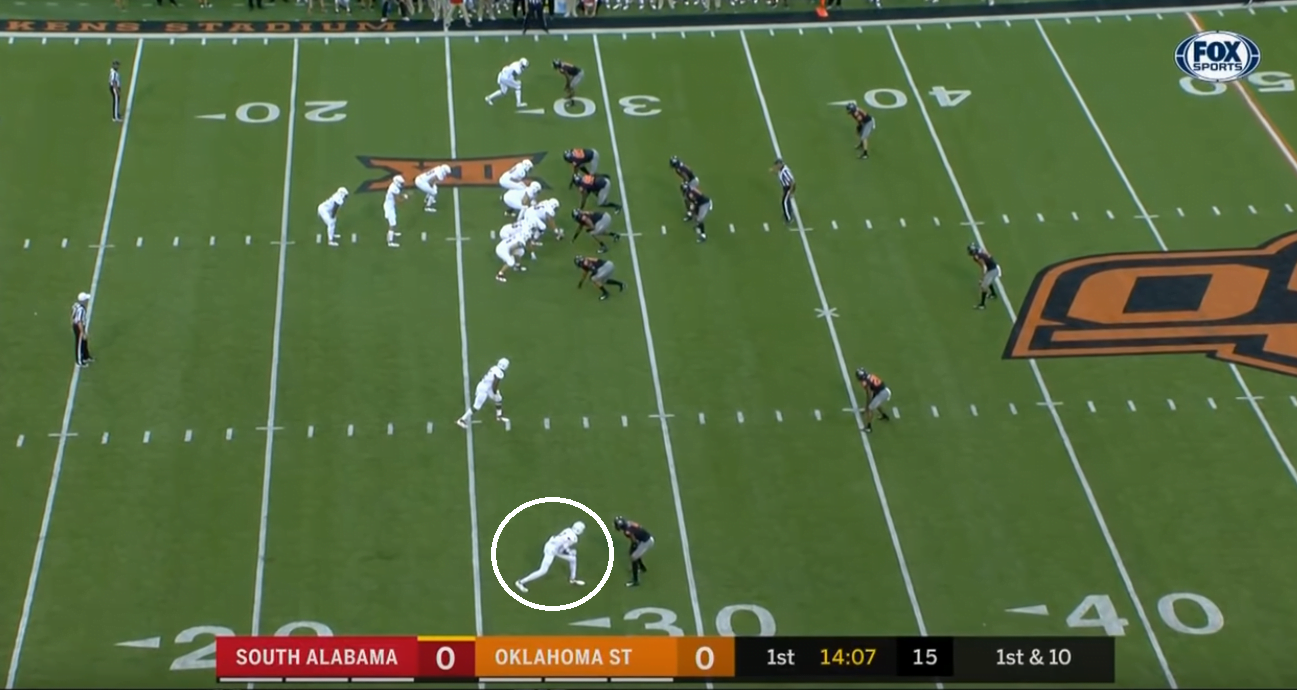 McCray never really had a breakout performance as a Jaguar, with four receptions being his career high in a single contest, but he showed during his time at USA that he knows how to use his size to his advantage and has reliable hands.

McCray has a football pedigree as his dad was a wide receiver at Alabama in the 90s, and his uncle was an All-Pro receiver with the Washington Redskins.

The former Jaguar was not rated by 247Sports, Rivals.com or ESPN coming out of high school.

Top Offers: McCray announced his decision to transfer via Twitter this past January.  Then, about three weeks later he stated that he would be playing his final year at UNLV. However, after a visit to OSU this past weekend, McCray decided to decommit from UNLV and continue his playing career in Stillwater.

McCray’s stats from his time in Mobile aren’t very impressive, although it is important to note that he wasn’t playing with the best quarterbacks during his tenure as a Jaguar. He was heavily under utilized, in part because USA had other talented guys in Baker and Way they needed to get the ball to. They also just didn’t throw the ball all that much. The Jaguars were ranked 100th in pass attempts per game last season. To put it in perspective, the Cowboys threw the ball 493 times last year, while the Jaguars only threw it 319 times.

I was able to go back and watch the OSU/USA matchups from the past two seasons, to get a better feel of McCray’s skillset. The first thing that caught my eye was the fact that McCray has very reliable hands. He caught almost every ball thrown his way, including all three targets against the Pokes last season, and even made some highlight reel catches like the one shown in the clip below.

His quarterbacks mostly found him on curls and hitches, as he does a good job of shielding the defender with his body and making the catch. This makes him a good option against zone coverage and he also could be a go-to guy on third down. Sort of a skinnier version of Marcell Ateman. He shows his ability to make a grab and pick up the first down in the following clip.

He doesn’t have great top-end speed, but he does a good job of creating separation off the line, he shows that below on a slant route against Tanner McCalister (bottom of the screen).

In the blocking game, he has the “stalk” blocking technique down and consistently gives maximum effort, as you see in the following video.

However, he doesn’t always take the best angles and definitely isn’t an elite blocking receiver.

Overall, I think McCray adds some nice depth and experience at receiver. I don’t think he has the overall skill to be the main starter opposite Wallace, but I definitely think he has talent to crack the rotation and contribute for the Cowboys in 2019.