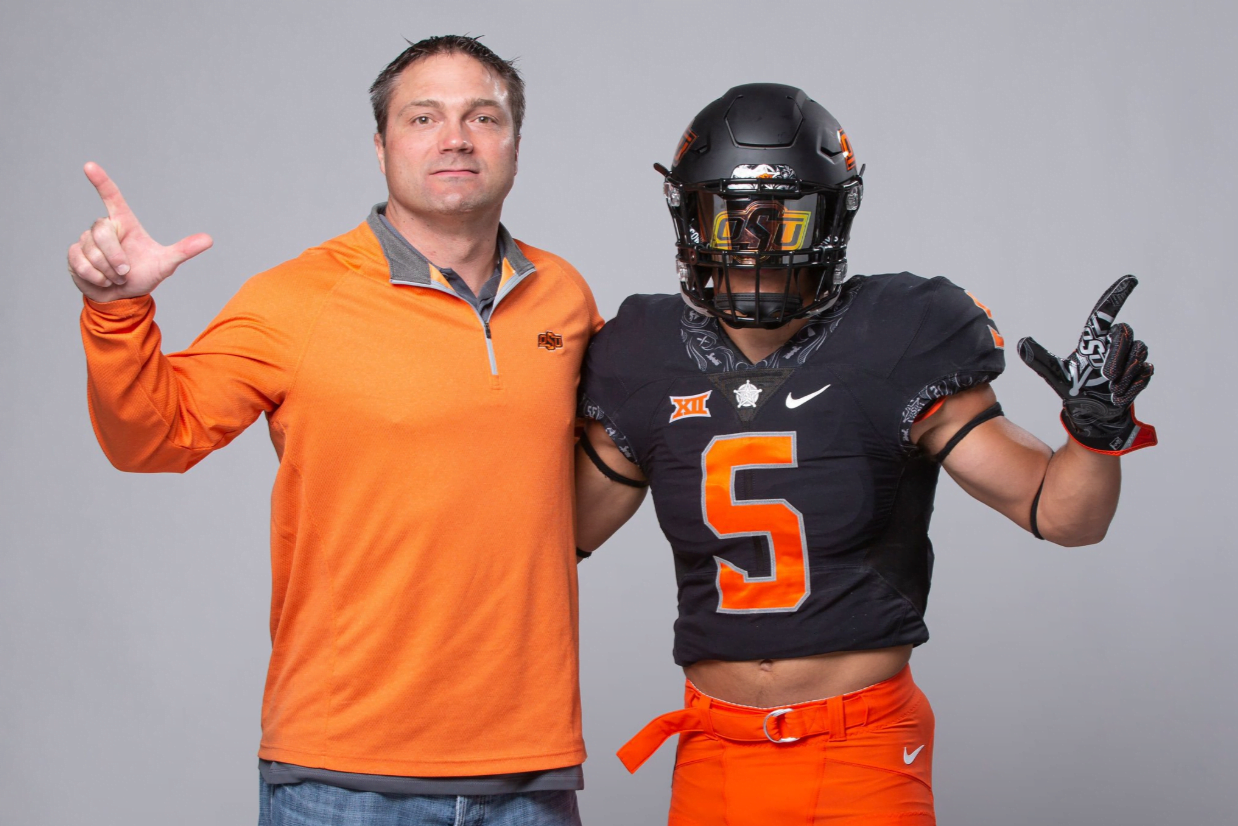 In-state 2020 recruit Zach Middleton committed to Oklahoma State this past Friday, a little over three weeks after his initial offer from the Cowboys. Kyle Cox wrote about the commitment shortly after Middleton made the announcement via Twitter, but for this post I’m going to dive into what this pickup means for the Pokes.

Middelton stars on both sides of the ball for the Bishop Kelley Comets. This past season he racked up 1,129 yards, on 10.8 yards per attempt, and 15 touchdowns at running back, and recorded 83 tackles, 11 passes defended, two forced fumbles and one interception at safety. The Tulsa native displays his versatility even further by contributing on special teams for the Comets, and he even has spent time at quarterback early on in his high school career.

The Oklahoma prospect showed off his overall athleticism in early April at The Opening Regional in St. Louis. Posting a 4.68 40-yard dash, a 4.26 second shuttle and a 31.6-inch vertical. The Cowboys offered Middleton as an athlete, however he was offered by other schools like Iowa State as a safety, and that’s what I would expect him to play at the next level.

Middleton also runs track for Bishop Kelley, competing in the 100M, 200M and the 4x100M relay.

Note: ESPN has Middleton rated as a three-star prospect, and the sixth highest prospect in the state, and he is currently not rated by Rivals.com.

Top Offers: Along with Oklahoma State, Middleton had offers from Air Force, Arkansas State, Army, Eastern Michigan, Iowa State and William & Mary. In addition, BYU and Memphis had shown interest in the Tulsa product. He had visited Stillwater back in February and after OSU made their offer on April 10, it seemed like his commitment was a lock. However, after an offer from Iowa State a few days later, things started to seem a little dicey for the Cowboys.

Middleton then took another visit to Oklahoma State on April 20, and that pretty much sealed the deal and the in-state recruit made his commitment to the Cowboys. He is the seventh commitment, and the fourth Oklahoma commitment, of the 2020 class.

I believe he will play in the secondary at OSU, specifically the “rover” or free safety position, so I want to primarily discuss his play at that position. However, I will mention I really liked what I saw from him at the running back spot and definitely think he has the talent to contribute on that side of the ball at the next level as well. His scored on his first carry of the game against Skiatook, shown in the video below, and is a very powerful runner for his size with nice lateral quickness.

Middleton also caught several passes out of the backfield in the screen game and moved well in the open field after the catch. He looks to be a capable blocker as they used him as the lead blocker on jet sweeps for his talented teammate Cori Lewis, along with protecting the quarterback on passing plays. I think he has the skill set to possibly line up as a slot receiver in college, but I didn’t see him put in this position in any of the film I watched.

Now to the defensive side of the ball. The Tulsa recruit mainly lined up at the free safety spot for Bishop Kelley, as shown in the following image. 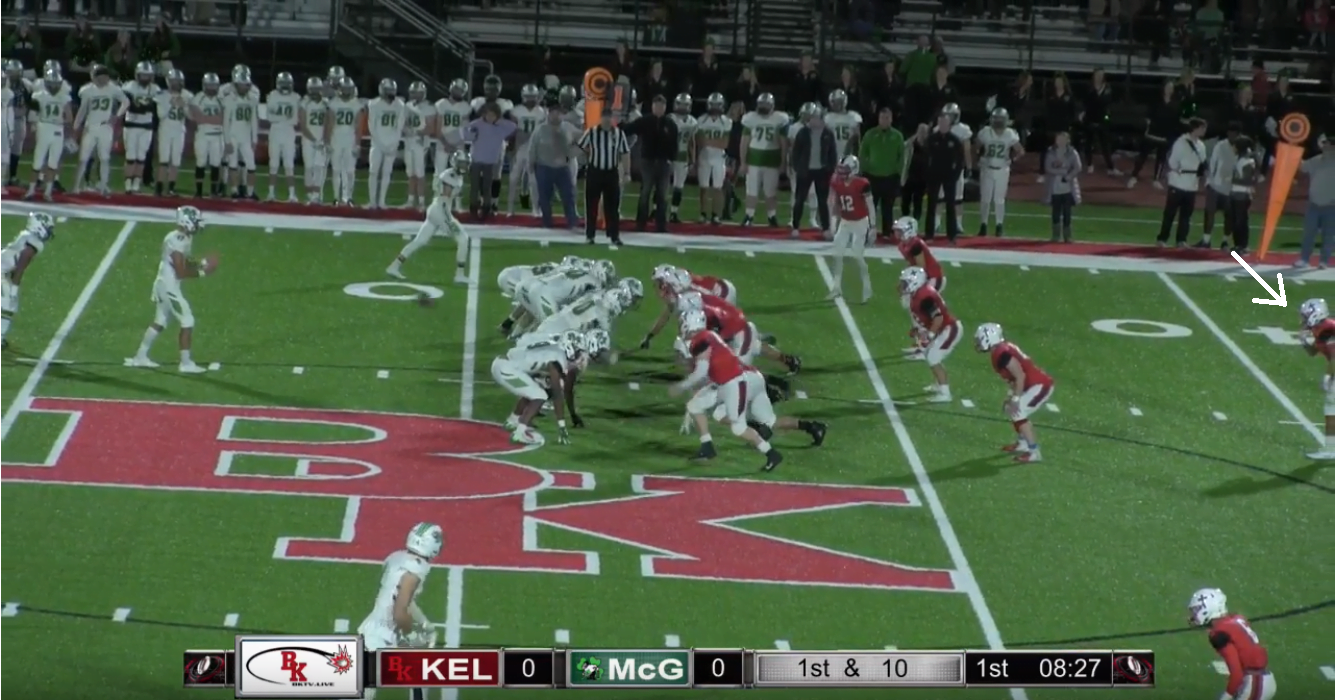 He is really quick to break on the football and has great range, allowing him to cover a lot of space on the football field and does a great job attacking the ball, as you see him breakup a pass in this next video.

I didn’t see him in a lot of man coverage situations, so that will be something he will need to gain experience at and improve upon at OSU. Although, I did see him covering down on fellow OSU recruit Brynden Walker in Bishop Kelley’s playoff matchup against Bishop McGuinness, as you’ll see in the below image. 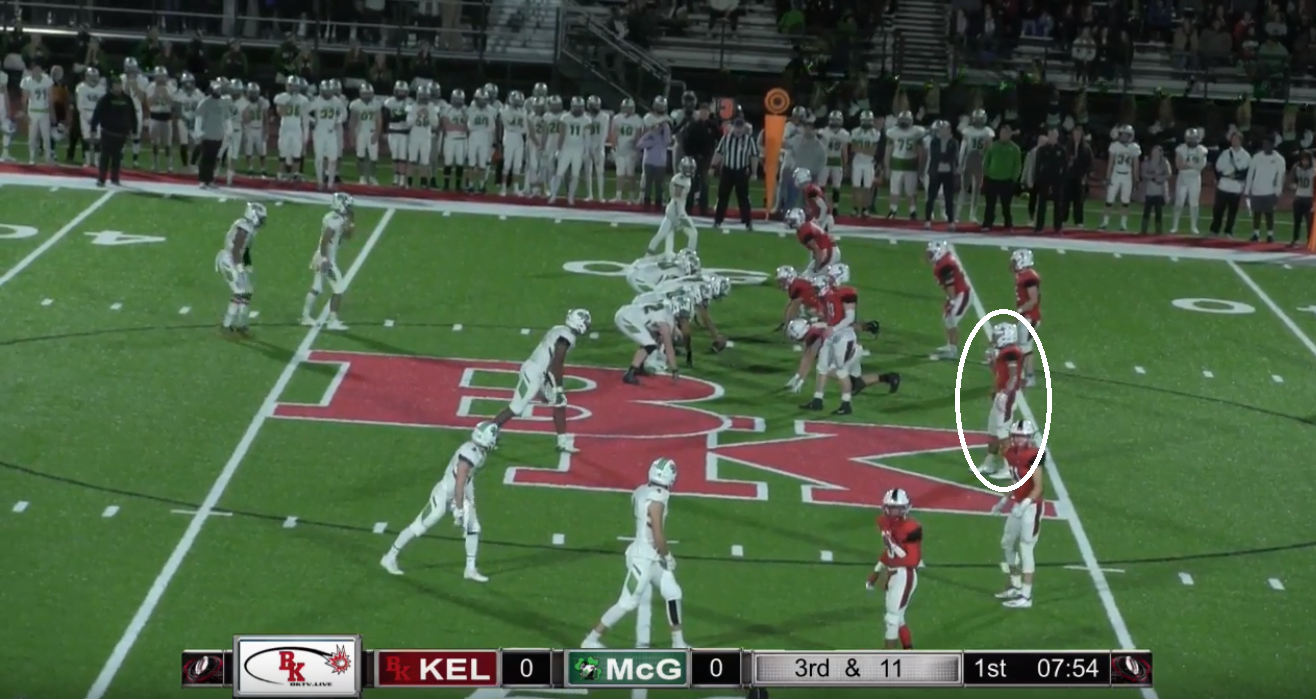 One thing that really impressed me about Middleton was his tackling ability. He rarely missed a tackle and wasn’t afraid to come up and make a big hit on a ball carrier. In the below video you’ll see him save a would be touchdown with a nice open field tackle.

Middleton is on the smaller side at 5-9, 182 pounds, however he is strong for his size and plays very physical. In addition, former Duke safety DeVon Edwards thrived at the rover position in Jim Knowles’ defense at 5-9, 180 pounds, so I definitely think that while his stature is small, his impact could be huge at OSU.