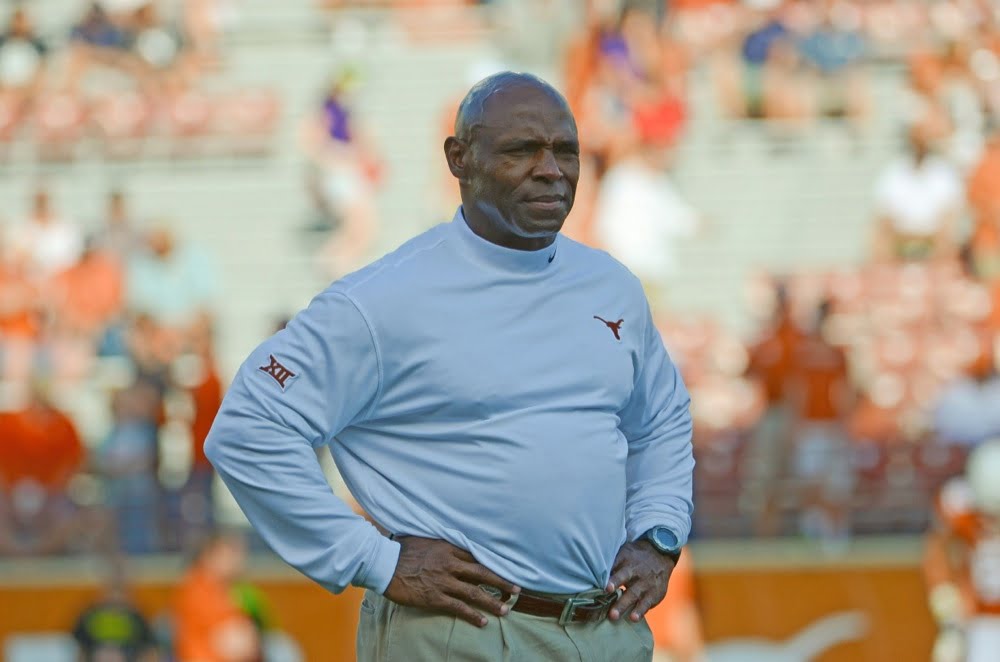 Texas is 1-1 but it sort of feels like Texas is 1-7 after last weekend’s thrashing at the hands of BYU. And somehow, after cutting half his team and suspending a third of the rest of it, things are getting worse for Charlie Strong.

Texas coach Charlie Strong revealed how stinging the 41-7 loss to BYU was. The word “embarrassed” has been high on the list of vocabulary words. Strong tried to motivate his players by posting signs in the locker room with the ugly numbers from 2013’s loss in Provo.

“I did it for a reason, just to see what we would do,” Strong said. “I wanted to see if somebody would just get (ticked).”

The coach expected the players to trash the signs. They didn’t. It was a communications failure on the “Cool Hand Luke” level.

It sort of feels like Strong’s tenure thus far in Austin has just been one big gimmick. From the removal of the Longhorn, to coaches living with players, to this BYU sign debacle it seems like he’s trying to smoke-and-mirrors his way to 7-5.

What’s next, sawing off Bevo’s horns as the A&M-LSU game plays over Texas’ jumbotron?

I keep hearing Texas’ season compared to OSU’s 2005 campaign but I don’t remember Mike Gundy stuffing Pistol Pete in an elevator shaft and making Larry Fedora bunk up with Bobby Reid. I just remember him booting about 10 guys, recruiting his balls off, and taking over the Big 12.

Of course Strong will certainly get more than a year or two to rebuild the ruins of Austin but from where I’m sitting it’s not looking very hot so far.