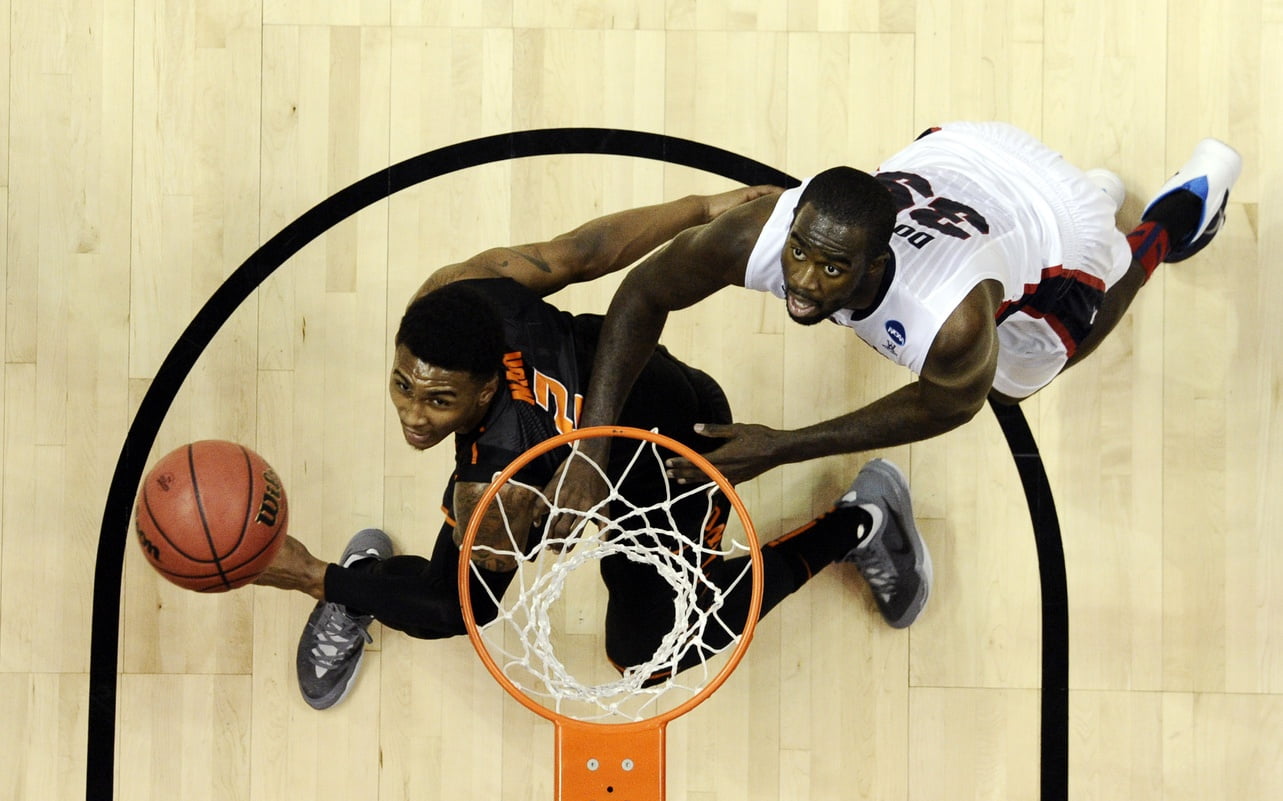 On Saturday, after Oklahoma State burned down a school that I’m too lazy to look up, new point guard Anthony Hickey had something interesting to say about Le’Bryan Nash.

“Le’Bryan showed me he’s on the boards and that’s what we need from him,” said Hickey. “We play through him, night in and night out, he’s going to be on his A-game and we’re going to roll with him.”

We’re going to roll with him.

Nash has made the mercurial journey from predictably overhyped freshman letdown to seemingly underrated senior superstar and it feels like it’s all happened in the time it takes a Travis Ford-coached team to get an offensive shot off (approximately 34.98 seconds).

It feels like it was just yesterday that Nash announced he would be taking his talents to Payne County.

“I, Le’Bryan Nash, will be taking my game to Stillwater, Oklahoma to play for Travis Ford,” said Nash. “I chose Oklahoma State because it’s best for me and my family.”

“I think I fit in that system. I think I’m going to have the ball in my hands most of the time. I think I just fit in there,” Nash said.

Little did he know it would take three years for said ball to be in Nash’s NBA-sized hands.

We loved him initially because he picked us and sort of represented the dawning of a new Travis Ford Era. We (sports) hated him because he went 16/68 from three his freshman season.

Then we loved him again after that Missouri game and felt awful for him after his first season ended with a 3/15 performance against OU.

Then we didn’t know how to feel when he came back to school three times.

The love and the hate would continue coursing the veins of OSU fans but while you were busy trying to sort through your feelings for No. 2 he was busy putting together one of the most solid and unique seasons in Big 12 history last year.

2014 was finally the year when Nash removed himself from the three-point line and took advantage of the ridiculous matchups his size creates within the Big 12.

He became an absurdly efficient scorer, an underrated passer and more of a threat to consistently take over games (he had double digits in 13 of 18 Big 12 games).

His offensive rating (points per 100 possessions) went from 99 in 2013 to 109 last season. Of course his usage rate was only 24 percent (as opposed to 25 percent and 30 percent in the years prior). He didn’t have to carry the main load.

Unfortunately (or fortunately?) for him all of the focus was on whatever Marcus Smart and Markel Brown were doing. His was one of the great lost seasons for a forward in modern-day OSU history.

Travis Ford knows that Nash will have to be a centerpiece to whatever it is he’s going to accomplish this season and that last season should have been only foreshadowing for this one.

“We’re putting him in difference positions on the floor to try to be effective,” said Ford.

“Scoring close to the basket is his strength. We’re not changing that. We’re just putting him in different positions to be able to do that. He’s not going to be as one-dimensional as he was when he was playing with different guys.”

Additionally, Nash will have to develop another part of his game like he did scoring efficiency last year.

Mike Cobbins will need a partner in crime on the boards — I don’t think anybody would disagree with that — and if early returns are any indication, that partner will almost certainly have to be Le’Bryan.

“That’s a big emphasis this year,” Nash said. “Getting rebounds, just grabbing the boards. All do is play to win, and my team needs me to rebound. That’s what I’m gonna do.”

This is a far cry from the cocksure freshman who thought foam hats equated to millions of dollars at the professional level.

Le’Bryan Nash is all grown up now (that family he mentioned earlier got larger this summer) and it’s time for him to, as he put it, take the Big 12 mantle.

“I’m trying to be the best player in the country,” said Nash.

It’s something that could be the best thing to ever press into Nash or could go very, very badly.

Frankly, I’m excited for it.

It’s been a strange thing to watch his career unfold. To contrast the way Smart’s came about — it felt like the closer No. 33 got to the NBA Draft his sophomore year the further he was out the door — Nash has folded himself back into the OSU narrative as his career has gone along.

He’s definitely a better player (and probably a more mature person) for having gone through the fire of the three previous seasons and hopefully something special will materialize from it this year.

Nash seems to have always gotten sort of a bum rap for being aloof or not superstar-y enough. That’s fine but it’s also true that Nash has always given a crap about his game and, as time went along, Oklahoma State itself.

Plus he possesses that thing not everyone playing college ball always has: It’s all he knows or cares to pursue. It’s everything him and has been from a young age.

When asked recently about his passion for the game Nash gave a surprising answer.

“I want to be a sports broadcaster,” he said. “Be one of them commentators like Shaq and Charles Barkley. They look like they having fun. They talking about basketball. That’s what I love to do, talk about basketball.”

I hope I love talking about Nash’s basketball over the next four months because if so it might mean OSU is having itself a great season.