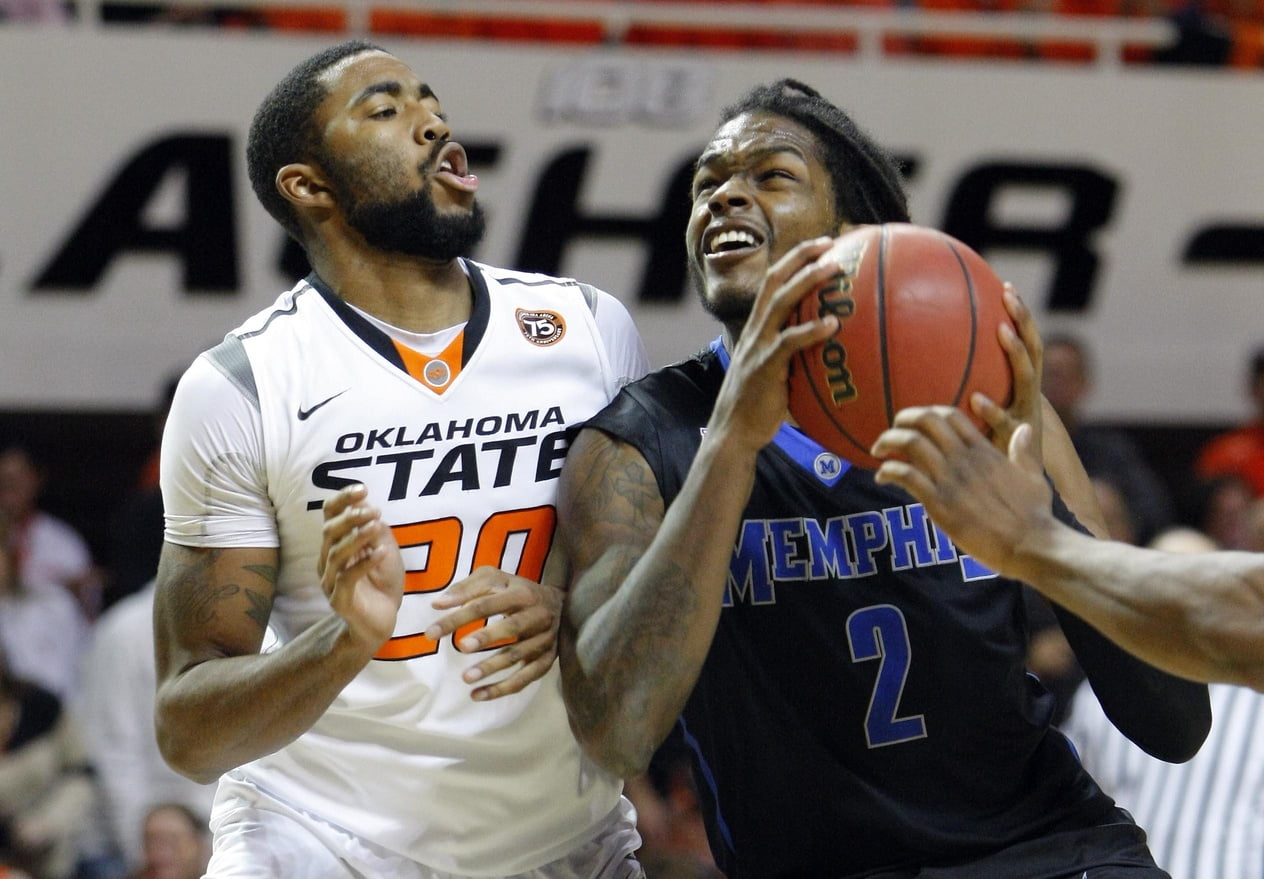 The narrative that Michael Cobbins was the linchpin of last year’s Oklahoma State basketball team has been force-fed to me for the last year.

I reject the notion that a team anchored by two NBA draft picks was waylaid by a player who averages five points and five rebounds for his career but as long as the argument is being made, we should probably take a look at it.

If you look back at last season the numbers are actually confounding for a team that couldn’t finish in the top half of the Big 12 and couldn’t get out of the first round.

OSU averaged 80.2 points a game and was a top 30 team in adjusted offensive efficiency according to KenPom.

Not only that but OSU was also a top 40 team in defensive efficiency and was 11th (!) in the nation in not turning over the ball on offense. It was, by almost every statistical fingerprint, a really good team.

According to advanced stats the four factors most important to a team winning basketball games are as follows:

It’s that third one where OSU struggled mightily.

Kamari Murphy was the only remotely good rebounder on last year’s team and given that I’m not sure he weighed 200 lbs. the entire season that wasn’t a good thing.

The problem with this is that Murphy’s rebounding numbers last season were pretty much the same as Cobbins’ the season before so a one-for-one swap this year will have little, if any, difference (theoretically).

Now there’s the argument that Cobbins affects games because of his shot-blocking ability more than a lot of other guys as outlined with Dwight Howard in this Kirk Goldsberry profile.

I buy that. He’s the rim protector that Murphy could never dream of being.

But he’s going to need a sidekick on the boards.

If you could have paired Cobbins and Murphy last season with a high-low look, that’s all of a sudden a pretty decent rebounding team — especially with shooters in Markel Brown and Phil Forte spotting up and Marcus creating.

But what about this season?

Murphy is gone so aren’t you just replacing him with a minimally better version in Cobbins (at least when it comes to rebounding)? I think you kind of are unless another big man steps up to complement what Cobbins does.

[searches roster for another big man…….]

So we’re relying on one of Marek Soucek, Anthony Allen, and Mitchell Solomon to help Cobbins dominate the interior. That’s not a position I want to be in heading into another rugged 18-game Big 12 season.

Or we’re banking on the fact that Le’Bryan Nash will be more of a force on the boards even though his rebounding rates last year were the same as our point guard’s.

All of this goes back to Murphy transferring “closer to home” in the offseason. With No. 21 still in the fold this is an idea I could get around.

Instead, it’s just more of the same — OSU will be woefully out-rebounded and we’ll wonder why Cobbins isn’t the Chamberlanian savior we thought he was going to be.