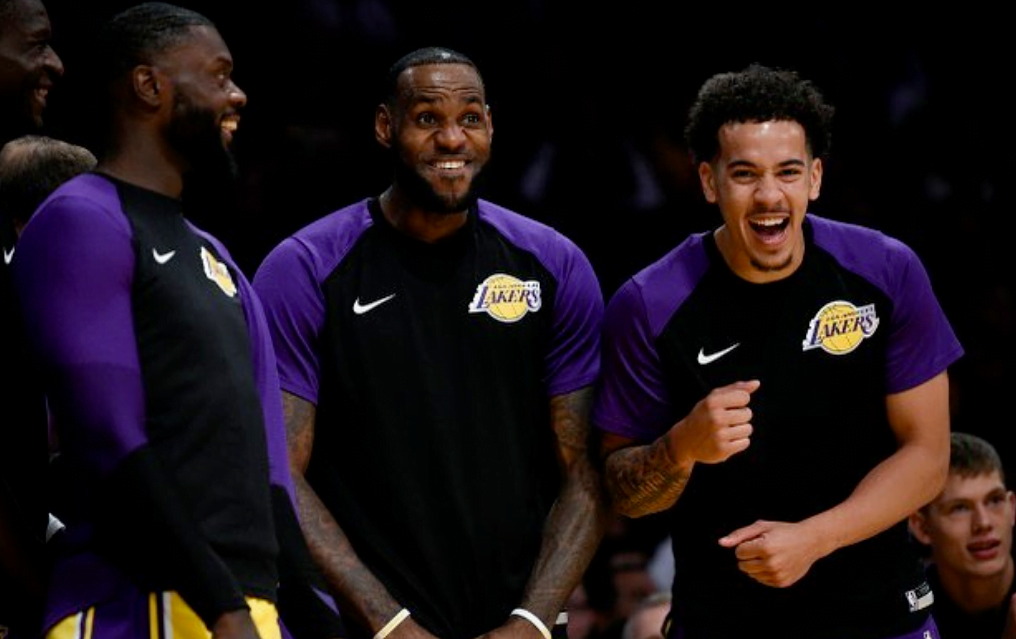 Since leaving Oklahoma State, things have been eventful for former OSU star Jeffrey Carroll. It hasn’t all been as bad as living in one of the epicenters of the world’s most recent pandemic. Carroll has also played alongside arguably the best basketball player the world has ever seen: LeBron James.

Carroll went undrafted in the 2018 NBA Draft, but he signed an Exhibit-10 deal with the Los Angeles Lakers soon after. James signed with the Lakers that offseason.

Carroll spent the summer sharing the floor in pickup games with James and others while playing with the Lakers’ Summer League squad.

He said his best story about James was off the court, but not too far off it. After Summer League was over, Carroll was on the Lakers’ preseason roster. He didn’t play much, but he got to experience what it was like to be on a team with James.

Carroll found a nice seat with some extra cushion at the end of the bench and sat in it in a game against the Denver Nuggets. When James got off the floor he came down the row. Carroll gave him a high-five, to which James said, “You’re in my seat.”

“I looked at him for a second, and I kind of got lost in the fact that LeBron was talking to me,” Carroll said in an interview with PFB this weekend. “I just kind of look up at him with this look on my face smiling, kinda like ‘Huh?’ like, ‘What?’ and he was like, ‘You’re in my seat?’ I was like, ‘Oh, I’m sorry,” I just got up and scooted over one. He just started laughing.

“My friends captured some video of us on TV. I made a little joke, and I made him laugh. I thought that was the coolest thing because my friends swear I’m not funny, but I’m like, ‘I made LeBron laugh, so I don’t care.'”

"I can't even capture the feeling I had at first, meeting all my heroes like seeing how magic works"

Carroll didn’t make LA’s final roster, but spent his first season out of college with the Lakers’ G League affiliate, the South Bay Lakers. But no one will ever be able to take away from him the summer he spent near one of the game’s elite talents. It also came at a time when Magic Johnson was the Lakers’ president of basketball operations.

“This is a guy [James] I’ve been idolizing for God knows how long, since I’ve gotten into basketball. Playing alongside him, dapping him up every day, cracking jokes around him, just me being me around him and him just embracing that for that short period of time was something I will never forget.”

After his season in the G League, Carroll again played with the Lakers’ Summer League squad before deciding to play overseas.

Carroll said going into that Summer League, his plan was to just play as hard as he could and see what happened. After it was over, he said he didn’t find the right opportunity to stay in the states that would give him the capability to get consistent minutes and grow as a basketball player, so that’s when he looked across the pond.

Carroll chose Bergamo and was a star for the team in his first season. Before the stoppage, Carroll led his team averaging 17.4 points per game and did so while shooting 54.7 percent from the field. His 6.2 rebounds a game were also a team-high.

“There’s a lot more money over there,” Carroll said. “So I kinda wanted to go somewhere where I could get what I was looking for, which was money and also having the opportunity to play the game of basketball. I thought going to Italy was the best thing for my career at the time, and I didn’t regret it one bit.”