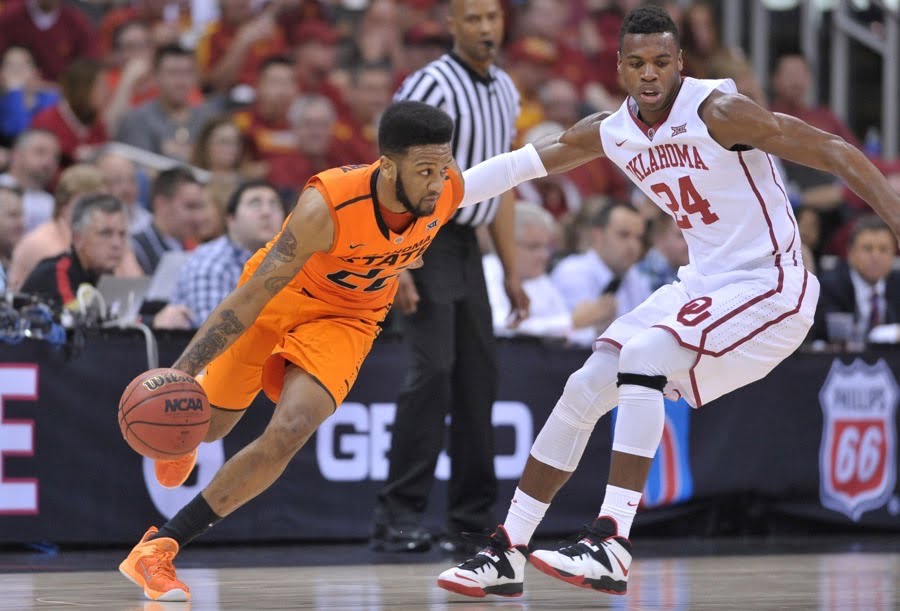 Le’Bryan Nash took over the sinking Oklahoma State basketball ship like he was trying out for the lead in Captain Phillips II on Thursday night. 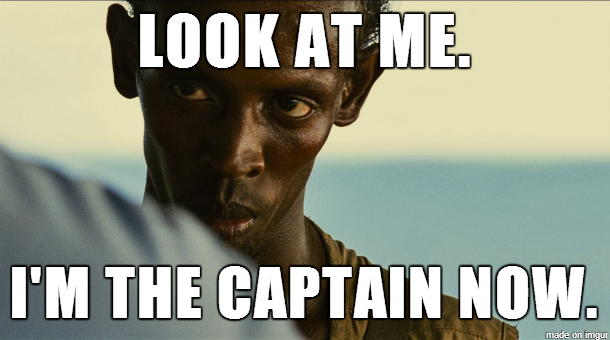 Everybody else hit the eject button and dove for the life rafts. Coach Dickey loaded folks in as fast as he could and Nash was left at the helm without any help from his crew.

OSU actually led this game at the half by five — this feels like it happened during the first Obama administration — before mustering just 23 points in the second half.

Three baskets were made in the last 20 minutes that didn’t come from Le’Bryan. OU coasted behind an 18-5 run to open the second half, including 22 points from Big 12 Player of the Year Buddy Hield.

It was like watching a hot air balloon get punctured by a bald eagle. It started slow at first and then got really fast and really brutal at the end.

Phil Forte and Anthony Hickey were a combined 2/16 from the field and OSU shot just 14 percent from 3-point range.

Still, it got by in the first half with some wicked good defense (OU was 7/30 in that half) that included nine blocks and glimpses of Mitch Solomon as the second coming of Bill Russell.

Then the turnovers came in bunches and the big men got tentative on defense and Anthony Hickey had one of the worst games of his career and when did Luke Byler take over Phil Forte’s body?

Seriously, No. 13 was horrific on Thursday night, and has been for most of the last three weeks. I don’t know if that odometer only has a set number of miles or if there’s an injury that’s being covered up, but he’s forgotten how to hoop and it’s killing OSU.

That didn’t keep Nash from being magnificent, though.

It was sad, and yet sort of fitting, to watch. It was the full Le’Bryan Nash Experience on Thursday. Fadeaways, driving and dishing, and-1s, spin moves, dunking and staring down cheerleaders (maybe)…the whole dang thing.

It was a waste, though. You could say the same about his entire career under Travis Ford, I suppose. Which is a shame.

OSU sits in some room atop Boone Pickens Stadium, awaits its Selection Sunday fate (I think it gets in easily) and then goes to get stroked by whichever team the selection committee deems worthy of giving a free pass into the second round.

As a fan, I wanted more than that. As someone who has watched nearly every game Travis Ford has coached at OSU, I shouldn’t be surprised this was how all of it ended.

By the way, don’t think I don’t have the post-tourney Ford column all queued up. A lot of you like to forget about it, it seems, but I was firing Travis Ford before this season ever started.

Just because I’m not calling for a dude’s head in the middle of a year doesn’t mean I’m all in on his plan. I just like to let seasons play out. Especially ones like this one.

Anyway, the end of the season: A fifth straight loss to OU. Losing six of seven. Sweating out Selection Sunday. The destruction is complete.

And it was not in any way enjoyable to watch.

• I really wanted to win this game. I mean, I want OSU to win every game but as someone who has covered OSU sports for four years now, that desire has lessened over time. I was keyed up tonight and fist-pumping the end of the first half. Alas.

• I liked OU’s team wearing black warm-up shirts as a mini-protest to the SAE mess back in Norman. I sort of wish OSU’s team had done it, too. It’s a small gesture but a cool one.

• You kind of get the feeling that Anthony Allen never really expects to play, don’t you?

• Miles Simon said Nash is “a good ball handler” in the first half. Very kind of you, Miles. I thoroughly enjoyed your career at Arizona State.

• When did Forte become our biggest liability with the ball in his hands? I mean, what am I watching with him? He has to be hurt, doesn’t he?

• Well, this is awkward as hell.

• Speaking of non-basketball on-court performances. Never has a statement been more true than this one. Never.

• OSU had nine blocks on the evening. School record is 16 agains OU in 1989. Just in case you were wondering.

• You know when things started to go downhill? OSU built a nine-point lead before Anthony Hickey threw worst lob that’s ever been thrown in a Division 1 basketball game at the 17:45 mark. Spangler dunk on the other end, boom, four-point swing.

Seriously though, I’ve seen more effective lobs in NBA Jam games when your partner is on the ground injured and the ball just hits the invisible wall around the perimeter of the court.

• The craziest part about Nash’s night, and I don’t know if I’ve ever seen him do this, was that he wasn’t singular in what he was doing. He was legitimately finding the open man at the 3-point line. He probably shouldn’t have been given that OSU was 3/21 from there, but he was fantastic all the way around.

• You could solve world peace by sending OU’s bench to the Middle East. Everyone would agree to hate them instead.

• If you put the ball on the ground in front of Solomon, he is a mess. Taylor finally figured that out in the second half.

• This was during the second half. Not good.

Before that Nash jumper, #OKState went 3:40 without a field goal. Sooners went on 12-0 run in that span.

• The random Wyndham Clark dagger during OSU games is awesome.

Lose 5 straight to your biggest rival, you get fired. Rules is rules

• How often does Jordan Woodard get called Woodward in everyday life? Has to be like six times a day, right?

• No, it actually does make sense.

The most infuriating part about travis ford teams is how happy they make me when they're playing well. I know that makes no sense.