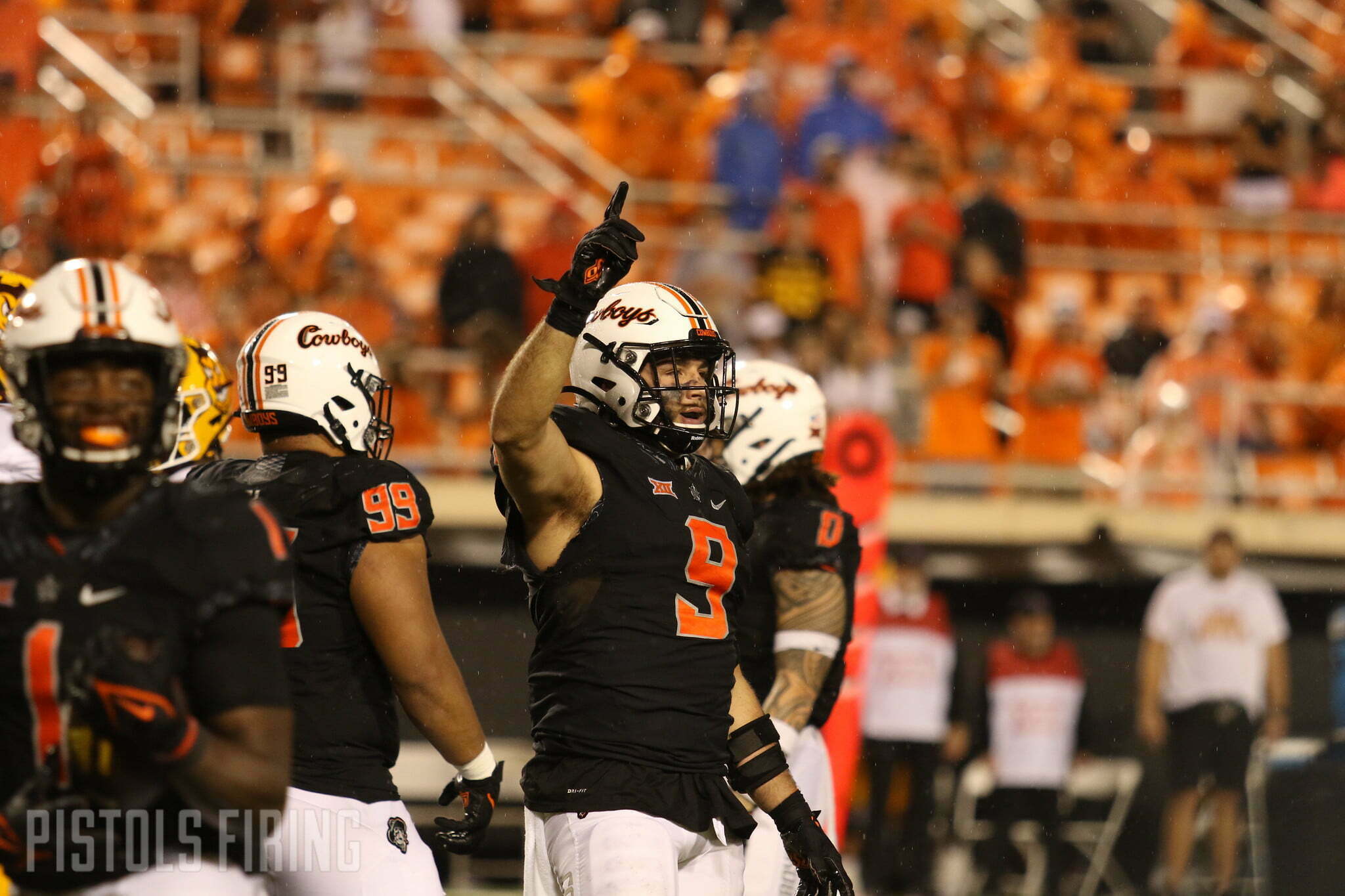 Oklahoma State looks to go 3-0 in the nonconference for the sixth season in a row when FCS opponent Arkansas Pine Bluff comes to town. The Cowboys are coming off of a double-digit win over a Power Five school. The Golden Lions are coming off a win over an entire continent with video game numbers.

Here are three nagging questions the Cowboys need to answer ahead of their noncon finale and before kicking off Big 12 play.

Can the Cowboys Slow Down the Golden Lion’s Offense?

You’d like to answer with an automatic “yes,” and I suppose I will. But, as Mike Gundy pointed out during his Monday media availability, UAPB is putting up the points so far this year.

“They are averaging about 67 points a game; sometimes that’s hard to do when you’re playing air,” said Gundy. “Our players are aware of that. They’ve got some guys that run around and make plays. We need to be held accountable for ourselves as individuals and our three units and then line up and go play hard. That’s what I told them last night.”

UAPB is actually averaging 62 points per game, coming off a 76-3 win over North American University (that’s a wide fanbase) in which 10 members of the Golden Lions’ roster found the end zone. While I had to Google both of Pine Bluff’s opponents so far — and I’m still not sure where they fall in CFB hierarchy — those 10 touchdowns didn’t just fall out of the sky.

It’s not exactly a lose-lose situation regarding outside perception, but it’s close. If the Cowboys shut down the Golden Lions, they shouldn’t expect many pats on the back. And if they give up a couple of those chunk plays we saw against Central Michigan and Arizona State — or, God forbid, allow it to resemble a game for a couple of quarters — the groaning will swell. Best to just go for the former and move on down the road.

Can the Cowboys Get Better?

A Gundy-coached team has never lost to an FCS opponent and the No. 8 Cowboys aren’t in much danger of that happening, but that doesn’t make this game meaningless. It’s an opportunity to improve and hone their game in all three phases. Just because it’s coach-speak doesn’t mean it’s empty.

The bigger risk is that the Cowboys sleepwalk through an inferior opponent, with their eyes on a big-time conference opener. The challenge will be keeping them focused, getting younger, depth players quality reps and gearing up for the Big 12 gauntlet.

Most of all, make use of that opportunity.

“We’ve got a lot of sharpening to do,” said Gundy. “We’re a long ways away from being a sharp tool, as you know. We need practice. We need to practice. We still have youth. We have inexperience.

“We cut down mistakes considerably, but we still have more mistakes than what we would have all year on a very productive year. We’ve identified those. We’ve come up with plans that we think helps us to eliminate those as we move forward. We need good practices this week. We’ll worry about the next one later.”

Can the Cowboys Avoid the Look-Ahead to Baylor?

As much as Gundy and his staff will, and should, preach living in the moment, that will be tough. It might be impossible with Baylor up next on the docket.

The Bears pawed the Cowboys’ hearts out last December, and the Pokes are sure to have a little payback on their minds. That fact won’t change the message that OSU’s staff relays, but a successful result will be a focused (enough) approach and a clean game on Saturday.

The Cowboys looked better in Week 2 than they did in Week 1. In Week 3, against an FCS opponent, that trend should continue. Keep things tight, win comfortably without any concerning gaffs in any phase of the game, and the Cowboys will get to head into their off-week with that much more confidence.

“I told the team that overall, on paper – whatever paper means, it didn’t mean a lot last week – but on paper, people are going to say you’re more athletic and a more talented team,” said Gundy. “I’m okay with that. I’m stressing the importance of focus. I’m stressing the importance of us improving in all three phases and also we understand we always respect whoever we play.”