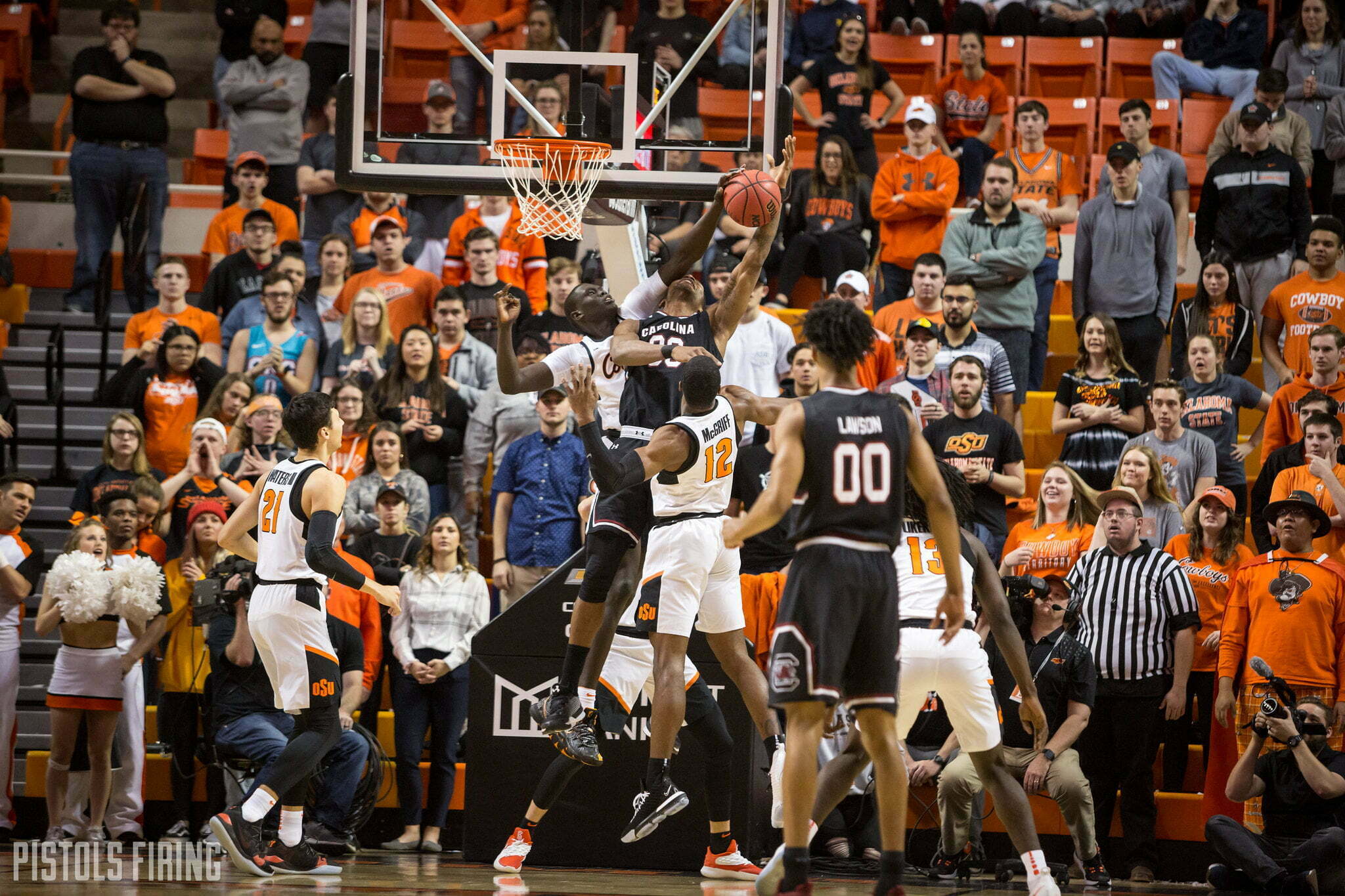 Basketball season is still about five months out, but there is plenty to be excited about for the Cowboys’ upcoming season.

Oklahoma State is bringing in a Top 25 recruiting class, Isaac Likekele is representing the United States at the U19 World Cup in Greece and the murmurs of what could be with Mike Boynton’s 2020 class would excite a Kentucky fan. Here are three early predictions for OSU basketball’s 2019-20 season.

OSU was the only team in the conference last season without a player on the All-Big 12 First, Second or Third Team.

The Cowboys also didn’t have anyone on the All-Defensive Team, All-Newcomer Team or All-Freshman Team. The only OSU names listed on the conference’s release were Lindy Waters and Cam McGriff nestled in the honorable mentions section with 13 other players.

The First-, Second- and Third-team snubs were fair enough. The Cowboys finished ninth in the conference, and no one on OSU’s team was putting up ridiculous offensive numbers. What was a little disrespectful, though, was Yor Anei getting left off the All-Defensive Team after leading the conference in blocked shots.

Three of the five from last season’s All-Defensive Team are gone, including the two bigs, so Anei should be a near lock for the squad in 2019-20. Kansas State’s Barry Brown also won the conference’s Defensive Player of the Year last season as a senior, and if Anei is as dominant on the defensive end this season as he was the last, he could also make a run at that.

That type of defensive production matched with how well Anei played on the offensive end at the end of last season, should slot him into one of those three all-conference teams.

After a two-year hiatus, I think the Cowboys will return to the big dance next year.

In the two years since OSU last made the NCAA Tournament, the Big 12 has gotten seven teams in the 2018 tourney and six squads in this past season’s. That means the Cowboys would have to at least improve two spots from their ninth-place finish from a year ago. That task seems manageable considering the Pokes bring back all of their starters from 2018-19 and bring in the league’s fourth-best recruiting class.

It looks as if Isaac Likekele is prepped to take a big step forward in his sophomore year, as he’ll be in Greece with the USA in the U19 World Cup. Anei was dominant at the end of last season, and he’ll only get better with the more college hoops experience he gets. Lindy Waters, Cam McGriff and Thomas Dziagwa have made strides in their first three years on campus, so I’d expect nothing less in their senior seasons.

In the past five years, an average of 65.42 in 247’s composite team rankings has been good enough to be in the Top 10 nationally. There’s a best case scenario for Boynton’s 2020 class that puts OSU’s score closer to 70.

The 2020 class is off to a good start with Davonte Davis, the 95th-ranked player in the class, but things can really get nuts with Cade Cunningham. Cunningham is ranked third in the class (for now), and if he commits, the floodgates could open.

A class with only Davis and Cunningham scores at 50.34. It looks as if Boynton will have at least four scholarships to use, but he could end up having five or six depending of if and how he uses the two he has left for this year’s squad.

So, who else could he add to Cunningham and Davis? Booker T. Washington star Bryce Thompson? That would move the score up to a 63.54.

Putnam City West hooper and Cunningham’s AAU teammate at Texas Titans Rondel Walker with those three would bump the score up to a 67.14. That’s four guys, one already committed, two in-state players and Cunningham that could give OSU a Top 10 class. That definitely feels like doable task at this point.

Now, that’s a class full of combo guards, so it could probably do with some post players, but Boynton’s offers in that area are still to the caliber of players that would make for a Top 10 class with Cunningham.