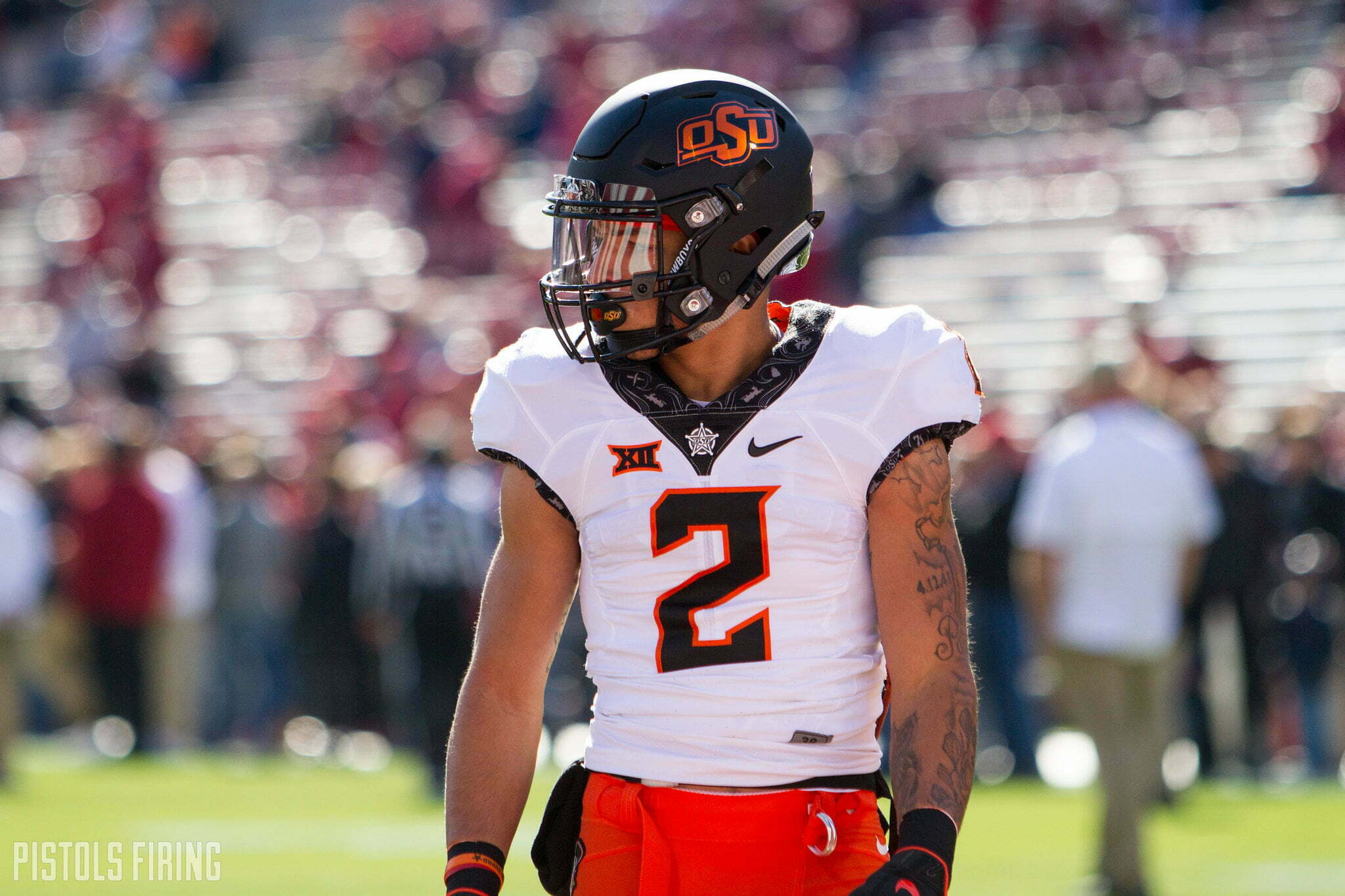 Over the last couple of weeks I’ve laid out the three Cowboy running backs and three Cowboy QBs that I wished would have played one more year in Stillwater.

So to finalize my hypothetical Big 3, I thought I’d give the same treatment to a handful of Oklahoma State’s storied wideouts. Again, this is not just my list of the best three receivers, but three that would have made the most impact based on the situation at receiver the year after they departed.

This shouldn’t be a tough sell to anyone. The last full-strength, full season Tylan played, he was snubbed for a Biletnikoff — and he was only an underclassman. The thought a healthy No. 2 high-pointing footballs all over Lewis Field for another year is enough reason to add him to the list.

An Extra Year Means: A Lethal Offense and a Big Window

In addition to the state of the receiving corps, the Cowboys’ QB situation will have at least some effect on this list. Spencer Sanders’ continued development in Year 3 with his top target returning makes OSU a much more scary offense to defend.

That’s a boon to an offense that lost both of its top weapons with Chuba Hubbard also off the NFL, and it takes that much more pressure off No. 3

In the same way I didn’t included Blackmon in my case for Brandon Weeded to return, I will exclude Brandon Weeden from this scenario. That being said, I’d sign up for another year of Blackmon regardless of who was taking snaps. He was just that electric.

Maybe not, when you consider the QB carousel that took a spin in Stillwater in 2012, but I wouldn’t put it past him. Blackmon was a generational talent, and even with the heavy hitters on this list, there’s not one who outmans him in overall skill and talent level.

Heck, just give me all of 2009 back and I’d be happy. But thinking about Dez Bryant and Blackmon lined up on opposite hashmarks taking deep balls from Weeden gives me chills.

An Extra Year Means: A Dynasty

Okay, this is going to involve several huge IFs, and I realize I might be off my rocker. But, hear me out.

Without the NCAA mess that cut short Dez’s college career, OSU wins at least one more game, and doesn’t get blown out by Texas and OU in 2009. In 2010, Dez is good enough to push the Pokes past Nebraska and make Bedlam a tossup. The Cowboys at least make a New Year’s Six bowl, possibly a national championship game.

All that fun and winning convinces Dez to stick around for an undefeated 2011 season. OSU beats Iowa State by two touchdowns in Ames, and the Cowboys dunk on the Fighting Nick Sabans for that crystal football. Maybe there BCS doesn’t collapse, and we’re in Year 2 of the CFP era.

I realize that this is all quite a stretch, even for a hypothetic wish list post in July, but I just wanted to see how it looked typed out. And let me tell ya, it looks pretty good.