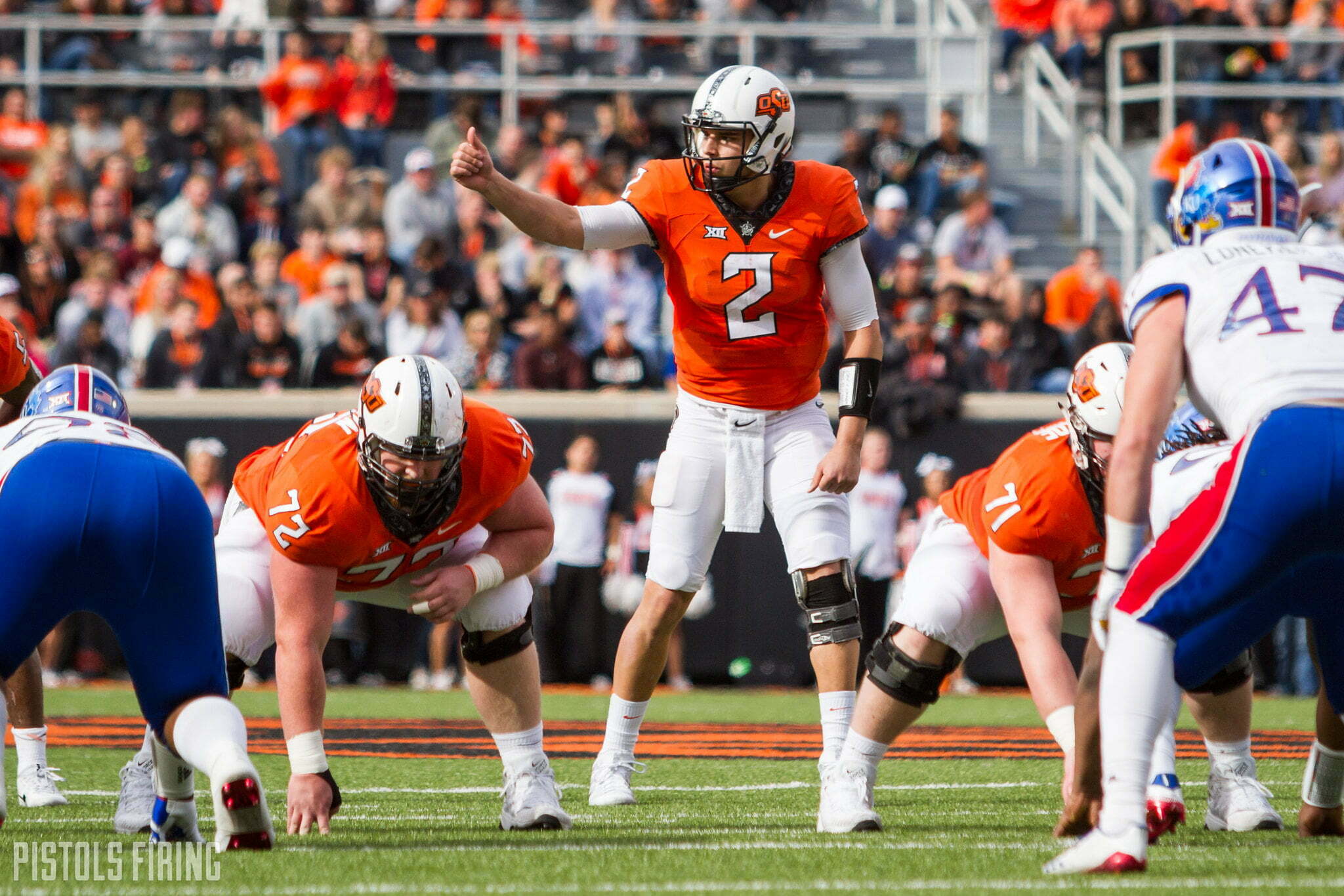 Last week I named three Oklahoma State running backs who I wished would have played one more year at OSU. I didn’t intend for this to turn into a series, but my mind started wandering, filled with visions of extended dynasties and broken records. So, here we are.

A refresher. This is not just my list of top Cowboy QBs — though it tends to play out that way — but more a look at where OSU was left upon their exit and how each could have changed it. It hurts my heart but, I can’t include Zac Robinson in this list.

Rudolph entered the 2017 NFL Draft as the all-time leader in just about every passing category listed in OSU’s media guide. In his three years as QB1, he led OSU to its only three-year stretch of at least 10 wins. A year after his departure to NFL, the Cowboys slumped to 7-6.

It was his time to go, but plug the All-American into OSU’s 2018 offense and I reckon the Cowboys make a hard push for four consecutive 10-win seasons. His top target James Washington gets replaced by Tylan Wallace in his best collegiate season. A Biletnikoff finalist instead of a Biletnikoff winner.

Rudolph cemented himself in OSU lore, earning his first career win on Owen Field. With Taylor Cornelius hitting his stride in the back half of 2018, OSU was this close to earning the upset at OU. Imagine what Rudolph would have done with a chance to go 2-1 in Norman.

The Cowboys would have also competed for a Big 12 title, just like every year Rudolph led the offense. It was a Texas team, which OSU beat, that ended up making the trip to Arlington to face the Sooners. With Rudolph at the reins, I imagine we would have seen Bedlam 2.0 in AT&T Stadium.

These first two kind of go without saying, but I think it’s important to underline the type of impact an established QB1, not to mention a GOAT candidate, makes on a football team.

I will sidestep Marshall’s soapbox and just state that if there were to be two faces on OSU’s Mt. Rushmore of quarterbacks, Weeden and Rudolph are the only two choices.

Justin Blackmon doesn’t factor into this hypothetical scenario, so I’m not sure the Cowboys necessarily run the table in the Big 12 in 2012. That being said, I sure would have loved to see Josh Stewart be the No. 1 option of a QB like Weeden.

The Pokes did lose several playmakers on defense heading into 2012 and some depth from its O-Line, but when I look at the Cowboys’ losses that season I think Weeden makes the difference in at least handful of them.

So I’ve talked myself into at least two wins in Big 12 play, probably three. If those come in Manhattan and Norman, that’s consecutive Big 12 trophies for the Pokes.

The COVID-19 eligibility waiver could have an even bigger impact further down the line than first imagined.

As I mentioned above, the value of an established starter behind center cannot be overstated. It remains to be seen if Sanders will ascend to the stratosphere that Rudolph and Weeden inhabited, but he’ll have every chance to with potentially two more years to grow. But what if he had three more?

As he got healthier in the back half of 2020, Sanders showed improvement down the stretch for the second straight year. His completion percentage trended up (other than a tough outing in Fort Worth), and his turnovers were on the decline.

An Extra Year Means: Who Knows

As Mike Gundy’s credo sets forth, most quarterbacks don’t seem to get their legs under them until somewhere during the second year. If Sanders can stay healthy and take the step up into the upper echelon of Big 12 passers this fall, having him around for two more seasons would set the program up for an exciting three-year run.

There are few things that I can count on next fall, much less three seasons from now, but I know Sanders possesses the skills to be an absolute baller. And he still has two more years! So this point doesn’t have to be theoretical. If a healthy Sanders does continue to improve, an exciting two-year run could start in just a few weeks.