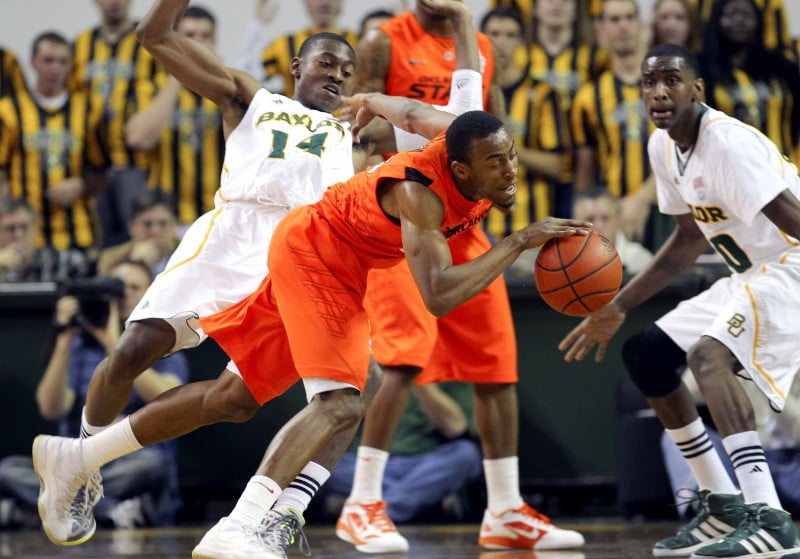 Matt Norlander is a basketball wonk, music aficionado, and college blogger for CBS Sports. He recently exchanged a few emails with me about what to expect from OSU this season. He’s a great follow on Twitter (link below) and you can check out his columns and posts here.

1. You guys at CBS are all high on Marcus Smart, is he a legitimate Big 12 player of the year candidate?

I don’t think Smart can win it, but I think he’ll definitely flirt with being a First-Team guy in the Big 12. Smart’s going up against too many proven players in the league to snare away the POY as a freshman, but he’s going to be the reason why Oklahoma State gets back to the NCAAs.

the team stays healthy, Smart plays like we’re predicting and the team isn’t allergic to offensive rebounds. The Pokes were too passive around the rim last year. More rebounds and a little more pressure defensively should be enough to get the team into the field of 68.

3. What is the one part of Le’Bryan Nash’s game you want to see the most improvement from?

He wasn’t the kind of shooter OSU needed him to be. He’s a fun player to watch, has great athletic ability, is a matchup problem for some, but he’s not a threat to consistently make a 16-foot shot, whether it’s off a pick-and-roll or it’s a pure spot-up jumper. If he can add that element to his game he becomes a lottery pick and one of the most vital players in the league.