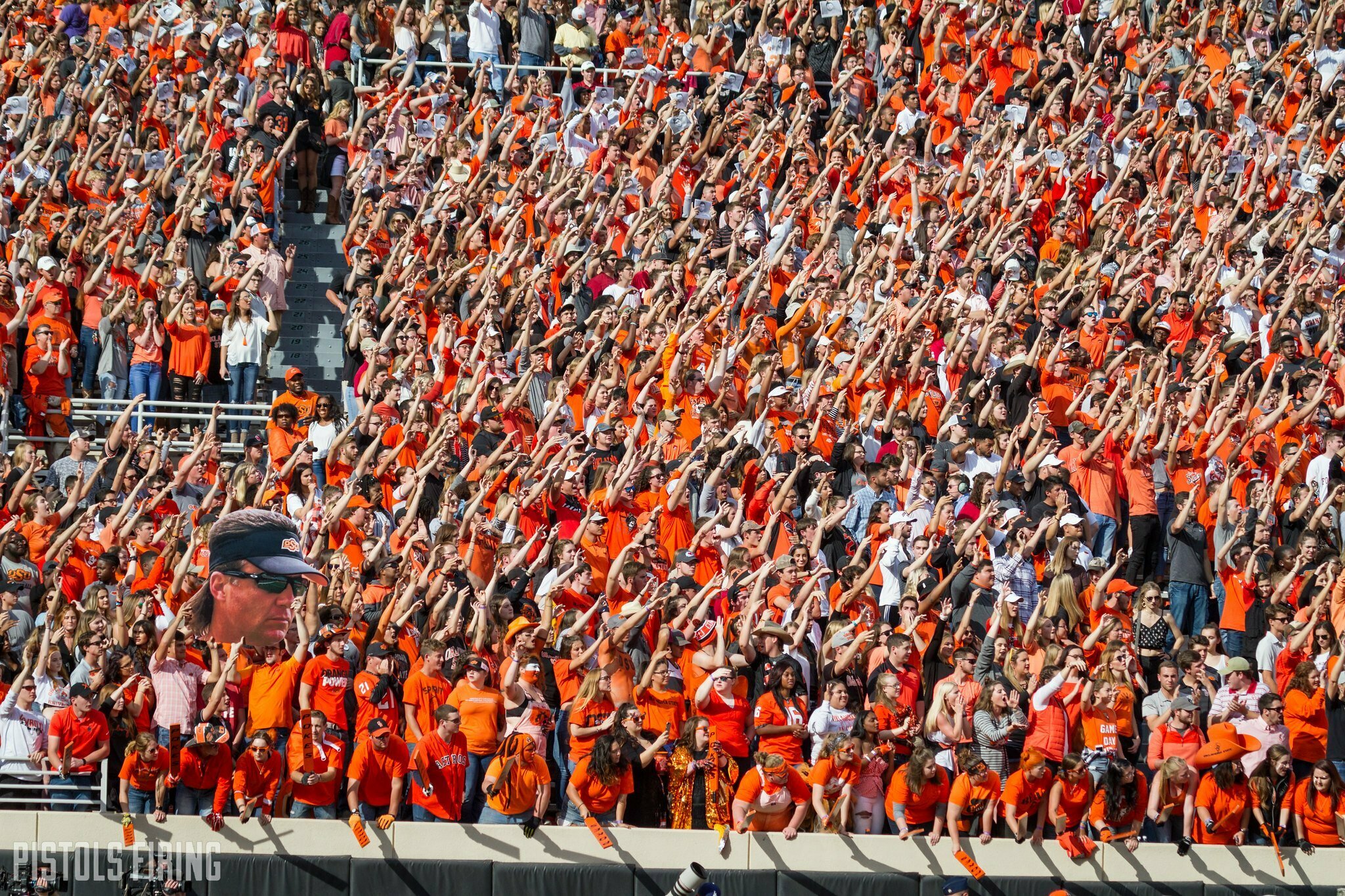 OKC Dave had 1,684 people participate in his 14th annual OSU fan survey, and the results are in.

You can view the full results here, and there is a ton more good info there that I won’t cover. But here are three things that stuck out to me when looking through this year’s results.

A unique part of this year’s survey was conference realignment.

With Oklahoma and Texas bolting to the SEC, OSU fans have been vocal on social media about everything from whether OSU should hop to the Pac-12 or the Big Ten and whether Bedlam should be played.

Bedlam is interesting in that it has been going on (in football) since 1904, but the majority of the OSU fanbase seems cool with ditching that history. But playing Bedlam in other sports, that’s something the orange-clad fans are willing discuss.

There are so many variables that go into Bedlam that it makes the discussion all the more interesting. It brings in more dough, but it’s going to be difficult to get it scheduled for the next 15ish years because nonconference football games are scheduled so far in advance. Then there are the hurt feelings of OU running off with Texas. It could really be made into a solid TV drama.

Furthering the realignent discussion, Dave has the info on where OSU fans would want the school end up and where they think OSU will end up.

The survey was conducted before recent news that the Big Ten, Pac-12 and ACC got together to discuss some sort of three-conference alliance. But still, it seems quite clear: OSU fans want in the Big Ten but find the Pac-12 to be more likely. The 21.% who prefer the Pac-12 also shows some portion of the fan base wouldn’t mind the move out west. Also, shout out to an expanded Big 12 still being more desired to the ACC.

I’ve been trumpeting the Mason Rudolph > Brandon Weeded (who is still great) band for a while now, which made me incredibly interested to see how this prompt worked out.

I understand my take of Rudolph over Weeden is a spicy one, so I’m not surprised to see the Big 12 championship-winning QB atop this list. Zac Robinson is the clear No. 3 in fans’ minds, but then it gets interesting.

While they were at OSU, it was sometimes difficult to separate Clint Chelf and J.W. Walsh, and now Spencer Sanders gets thrown into that mix.

Dave gave some commentary on how the 10 QBs essentially got cut into four tiers:

Sanders coming out smack dab in the middle of that makes his next few seasons all the more interesting. His legacy in terms of the fan base is still there for the taking. He could still punch his way into the top tier.

3. High Hopes on the Hardwood

Per Dave’s surveys, OSU basketball’s approval rating was down to 7% in the last year of Travis Ford. Mike Boynton has built that to a 96% approval rating entering the 2021-22 season.

Here is another graph to show just how Boynton-crazed the OSU fan base has become:

Boynton fractionally interrupted John Smith’s three-year run as the top-ranked coach on campus. This comes after Boynton was ranked 10th when he was hired.

Dave’s data also found that 98% of fans think the Cowboys will make a return trip the the NCAA Tournament this year, the highest percentage since the Marcus Smart, Markel Brown, Le’Bryan Nash squad of 2013-14. Also, 90% of fans think Boynton will lead the Pokes to a conference championship within the next five years, an all-time high throughout Dave’s surveys.