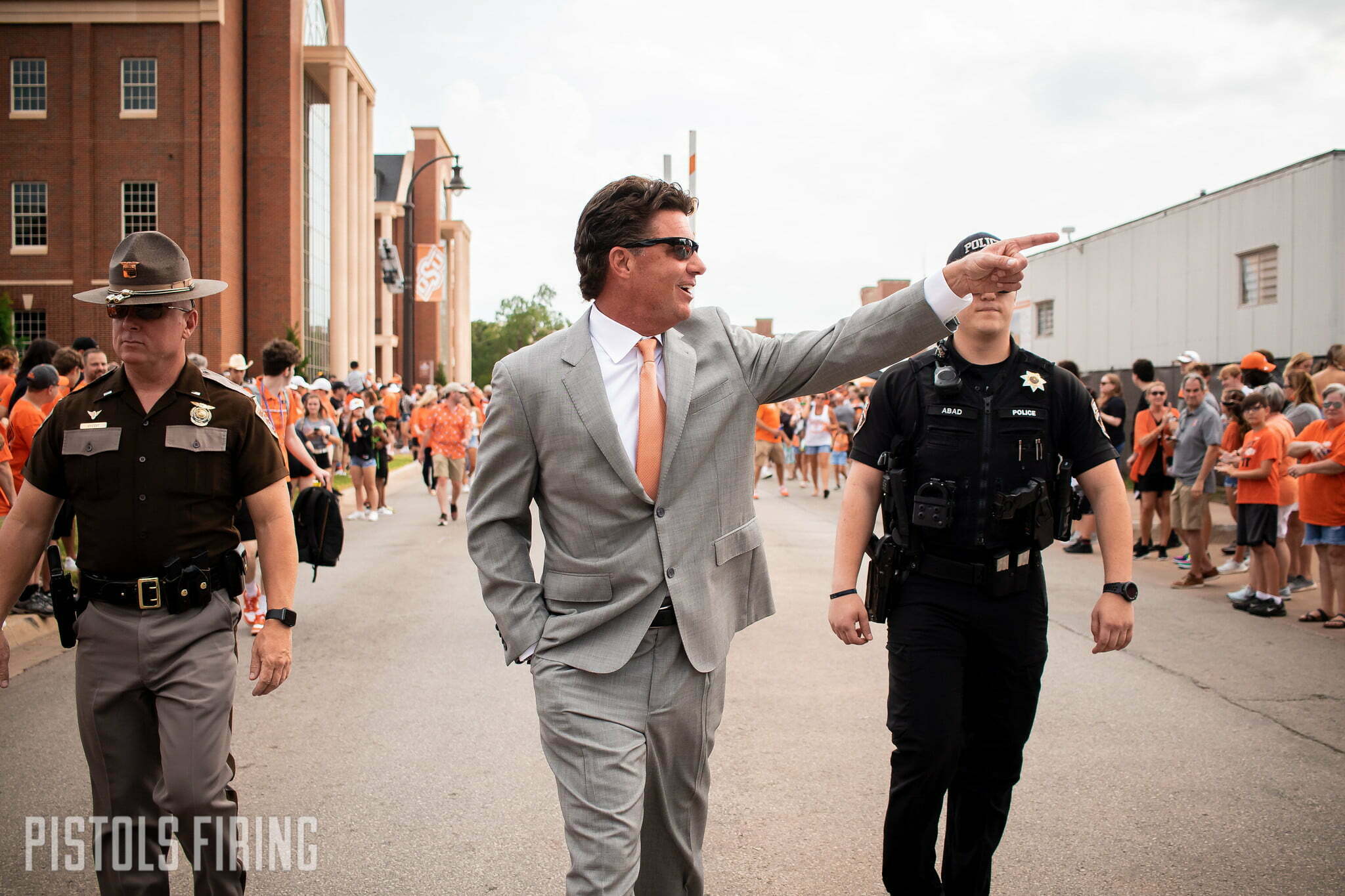 The Cowboys narrowly survived a late-game push from an FCS opponent in Week 1, but they were without their starting quarterback among other key players. Some of those impact players are back, including Spencer Sanders, as the Pokes aim to build confidence against before their road trip to Boise State in Week 3.

Enter Tulsa, a team that was not so fortunate against its FCS opponent in Week 1. A shorthanded Golden Hurricane dissipated over Northeast Oklahoma and came up short against UC Davis.

With both teams closer to full strength, each will be looking to hit the reset button after opening weekend and both feel an urgency to rebound. Here are three things to know about the Pokes’ in-state matchup ahead of Saturday morning.

1. Suspended Tulsa Players are Back

Oklahoma State wasn’t the only Oklahoma school that was shorthanded in Week 1. Nine TU players were suspended thanks to a post-bowl game brawl last year. Three had to miss a half, and the other six missed all of the season opener. Four of those were starters. Those nine will all be back for Saturday’s trip to Stillwater.

“Everybody’s back,” said Tulsa head coach Philip Montgomery this week. “Obviously when you’re missing some starters that played significant minutes that have got a ton of experience, some leaders of your team, they’re going to make an impact. Obviously having those guys back, we’re excited about. That being said, we’ve taken care of what we need to take care of, and we’re looking forward to them getting back and joining our team and getting on the field with Oklahoma State.”

2. Things Might Not Be Any Easier for OSU’s Run Game

Of those four starters that sat out last week, three were from Tulsa’s defense: linebackers Treyvon Reeves and Justin Wright and safety TieNeal Martin. Tulsa ranked 43rd last season nationally in rushing defense and, despite those losses — and the departure of 2021 first round pick Zaven Collins — the Golden Hurricane looks to have picked up where it left off.

TU managed to hold UC Davis to 19 points and held the Aggies to just 88 yards on the ground and 1.91 yards per carry. That’s eerily close to OSU’s 23 points, 54 rushing yards and 1.93 per attempt against Missouri State last week.

Before you scoff at the locking down of an FCS team, the Cowboys’ offensive line struggled to get any push against an FCS defensive front, and there were few holes to be found for OSUs’ three-headed RB attack.

Basically, don’t expect things to be a whole lot easier for the Cowboys in the running game this week, though the return of Spencer Sanders and his wheels should help.

Oklahoma State and Tulsa are far from strangers having played the last two seasons and five times since 2010 (OSU has won eight in a row), but a deal that was made two years ago could mean that the “Turnpike Classic” could be be the Cowboys’ new in-state rivalry game.

With Oklahoma headed to the SEC by 2025, continuation of the yearly Bedlam rivalry has come into question.