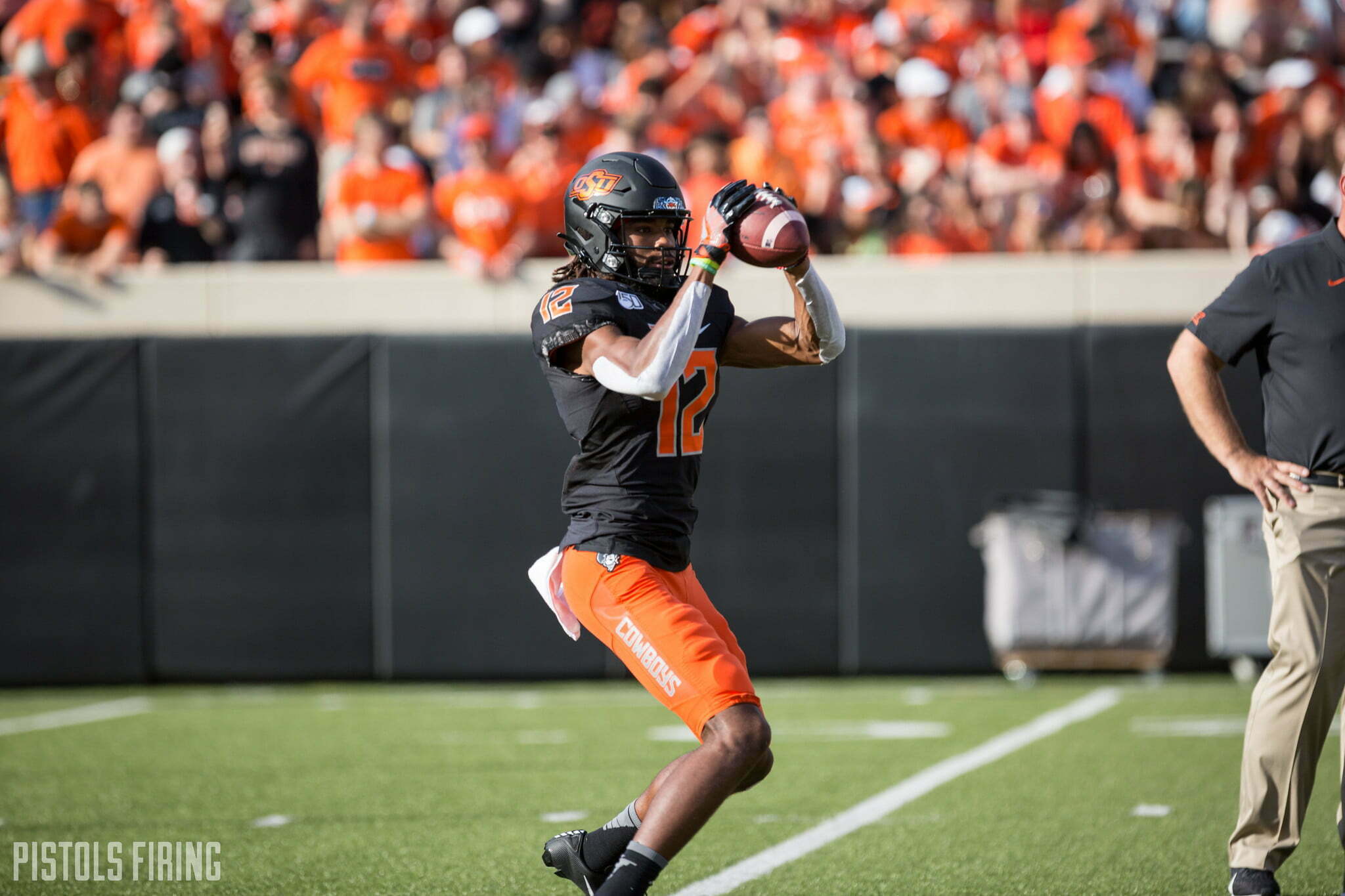 True story: I’ve had about seven tabs open for the last few days, trying to connect the dots between a variety of things and needing to just sit down and unload a few things. This is the last of these before we get back to your regularly-scheduled “Cade might be better than Luka” programming.

When writer/podcaster Chuba Hubbard of okstate.com reported that Mizzou cornerback Christian Holmes was, uh, either coming to OSU or about to come to OSU, it got me thinking about the transfer market in general.

Before we get to that: The info I was given is that Holmes has indicated that he’s coming to OSU and has signed a financial aid agreement but could theoretically still visit other schools and be swayed in their direction. So it’s very different than the traditional out-of-high-school-going-right-into-college kid. He can’t transfer until after the spring semester anyway so it could be a weeks- or months-long ride with Holmes, and he very well could end up playing for Auburn or Washington or Minnesota.

Anyway, if Holmes does end up in Stillwater, that’s three pretty significant transfers who could end up playing big minutes for Oklahoma State in 2020 as it tries to win a Big 12 Championship.

Last year Mike Gundy and Co. snagged Jordan McCray (S. Alabama), Israel Antwine (Colorado) and Kyle Junior (Bowling Green), two of whom played a lot and one of whom could be a nice piece in that Big 12 title run later this fall.

1. I say all of that to say that the transfer market has become a real tool in the recruiting belt and one that Gundy and his team have used effectively. Traditionally-speaking, Gundy is not a great recruiter, but when you combine these transfers with the fact that he convinced two other pros (Chuba and Tylan) to return to Stillwater, suddenly the recruiting efforts this offseason become a lot more interesting. A reminder: It’s all about how many pros you can accumulate.

One problem in trying to measure all of this is that, well, there’s no real good way to measure it. OU adding Jalen Hurts last year didn’t change its 2019 class ranking, but maybe it should have! Same with OSU and Antwine, McCray and Junior.

Here’s what my colleague Barton Simmons — who runs 247’s recruiting news and information — had to say on this recently.

Simmons’s outfit at 247Sports has started rating—not ranking—transfers, he says, but those ratings do not factor into overall team numbers. However, times are changing, and Simmons expects that 247Sports will soon incorporate at least some transfers into a team’s ranking. “We’ve got to find a solution,” he says. “I think probably as much as anything, a transfer would be treated as a regular prospect in how his rankings affects the class.” But there are other things to take into account like eligibility remaining and immediate impact ability, all of which “needs to be baked into a player rating,” Simmons says.

That’s why using a prospect’s star rating from high school doesn’t always work. Fields, who has three more years of eligibility remaining after transferring from Georgia to Ohio State this offseason, cannot be ranked the same as Hurts, who is playing his final year.

Graduate transfer numbers have ballooned too, from 70 in 2014 to 168 in 2017. Not all of them are successful. Just like high school busts, there are transfer portal misses. Take former Ohio State quarterback Tate Martell, who not only lost the starting QB job at Miami but was moved to receiver. Quarterback Brandon Wimbush, transferring from Notre Dame to UCF, lasted just a couple of games as the starter before seeing the bench. [SI]

This is all fascinating and one way Gundy and his team can boost their on-field product (in a way we are currently unable to measure).

2. Portal entry doesn’t necessarily mean you’re leaving. That is, there has been some hand-wringing over the WR transfer trend in Stillwater, but are we sure all four of those players will find a new home? Maybe, but also maybe not.

So that’s now three non-traditional ways of recruiting, all of which a good cultural organization like OSU’s is built to perform well in.

3. This one is going to make Gundy’s head spin. There’s a proposal floating around out there in which players could be allowed to transfer from one school to the other at any point in time without having to sit out.

Here’s the crux from Dennis Dodd of CBS Sports.

The Big Ten quietly proposed legislation last year that would allow players in every sport to transfer once in their careers without sitting out a year in residence at their new institution. If adopted, the legislation would mark one of the biggest competitive changes in the history of college sports.

Football and basketball coaches who have been critical of recent changes in the transfer process would have their worst fears realized — essentially, one-time free agency would be available for all college athletes. [CBS Sports]

A free-for-all. But again, would this be a bad thing for OSU? I think it would be more good than bad. OSU is built to absorb the talented guys who didn’t fit in other places for whatever reason (the Adarius Bowmans and Israel Antwines of the world). Free agency in college football would be a headache to track and cover, but it could be a great benefit to Gundy and his Oklahoma State program.