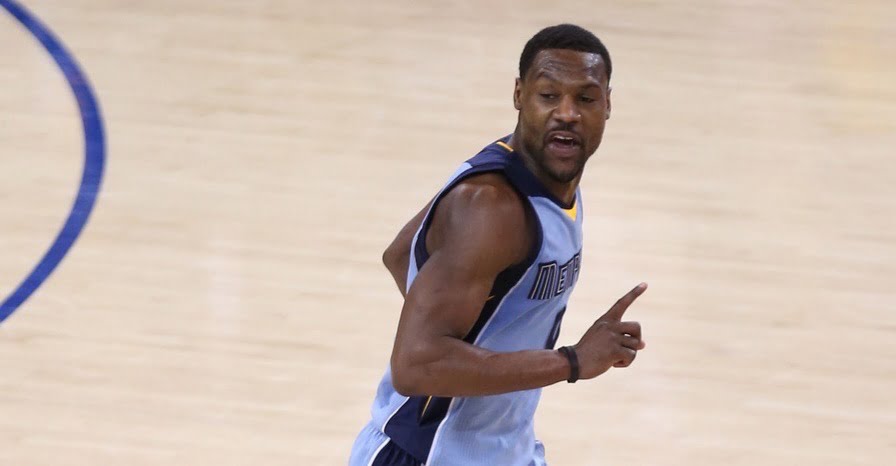 Tony Allen is the man. (USATSI)

Tony Allen is, as Carson Cunningham put it perfectly on Tuesday night, a national treasure. Or, at the very least, a state-wide one.

Allen’s Memphis Grizzlies are taking on the Golden State Warriors in the Western Conference Semis and Allen is getting meme-d and helping guard the MVP.

“He can shoot the ball pretty good and he got a nice handle,” Allen said about Steph Curry. “But it ain’t nothing I ain’t never seen before.”

Then the game started and Allen was mic’d up which is the greatest idea TNT has ever had. There was a clip of him calling Mike Conley “one-eyed Charlie” for some inexplicable reason and yep, I cannot stop watching.

During the game Allen had four steals and four boards and helped keep the Splash Bros. in check (neither scored 20+). He did so in part by covering Steph’s eyes while he shot (really).

Then he reminded everyone who had forgotten (which is everyone) that he’s been 1st team All-Defense for two of the last three years and probably will be again this year.