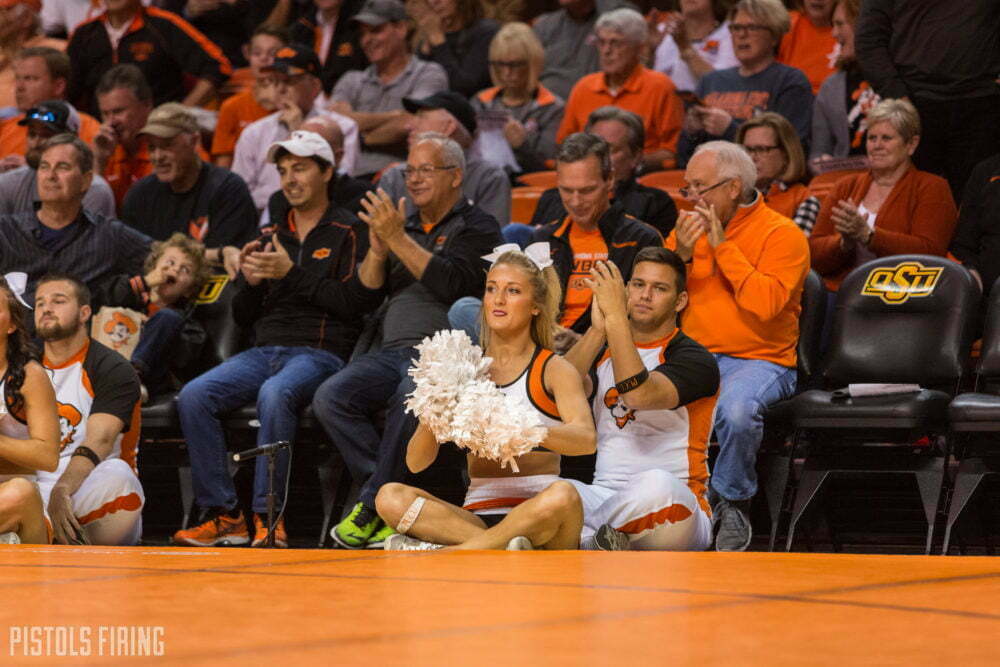 We’ve discussed how OSU is a bit behind some of the other top wrestling programs financially. Here we’re going to discuss one of the drivers of those financial numbers: attendance.

OSU finished 4th in average attendance last year in all of NCAA wrestling behind Iowa, PSU and Ohio State. Those are the three top teams when it comes to spending money on wrestling.

The Open Mat tracks these attendance numbers, and in most years OSU goes back and forth with Ohio State and a few other programs from 3rd to 5th. Two seasons ago OSU finished 3rd beating Ohio State by two attendees per dual.  OSU, Ohio State, Minnesota, and any other program that ever slides into the 3rd place spot are extremely far behind PSU and Iowa.

In 2015, OSU finished 3rd overall and totaled 29,493 attendees for wrestling duals. PSU totaled 61,289 and Iowa totaled 97,325. The Iowa total is a bit of an anomaly as that was the year Iowa and OSU wrestled in Kinnick Stadium in front of over 40,000 fans, which set the all time dual record. But they’ve consistently been No. 1 for a while.

The last time anyone beat Iowa in attendance was Oklahoma State in the 2005-06 season, which coincidentally was the last season OSU won a national title. Both Iowa and PSU consistently double and at times triple Oklahoma State’s attendance total.

The top three programs when it comes to spending are also the top three in attendance. Without diving deep into financial records of all three programs, it’s tough to know if the spending helps dictate the bigger crowds by creating the additional success or if the ticket sales are the driver of the bigger finances and the additional success. It’s a chicken or the egg argument.

Either way, there’s no doubt the impact attendance can have on recruiting. Bigger crowds definitely create a better environment for any sport, and Penn State and Iowa get that over OSU at the moment. For OSU to get back into the perennial NCAA title winner position they likely need to close that gap a bit.