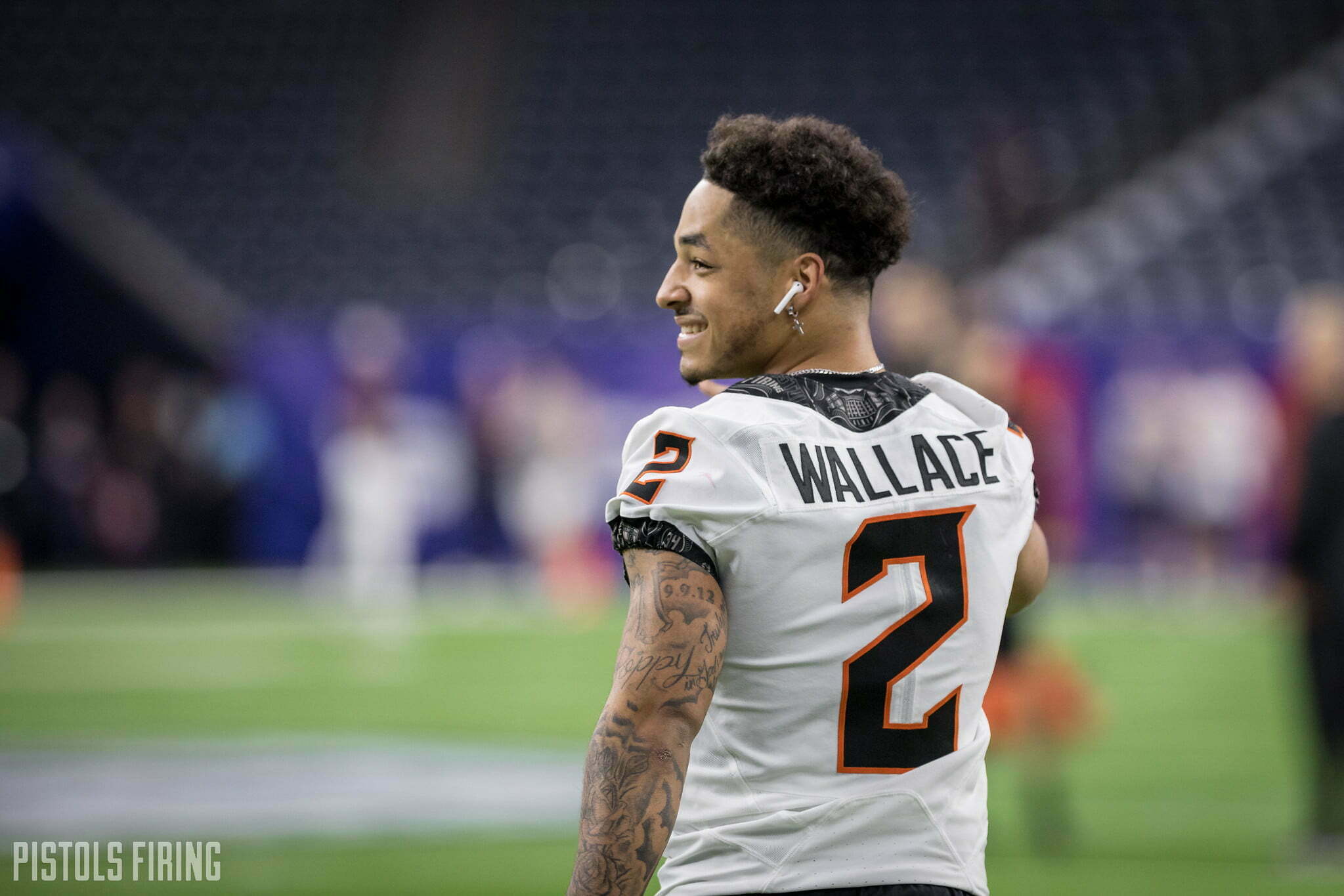 A handful of draft-eligible Cowboys are headed to the NFL Draft Combine. Well, not exactly.

Cowboys Tylan Wallace, Rodarius Williams and Teven Jenkins have all tweeted announcing their invitations to this year’s event, but this year’s event will look a lot different than past combines.

Chuba Hubbard, notably, has not announced an invite to the combine, but there has been no official invite list yet announced. It would be a head-scratcher if he was not the type of talent NFL brass wanted to evaluate.

Three, alone, is the largest number of OSU invites to the combine since 2018 when the Cowboys had five during the Mason Rudolph and James Washington class. Last year only A.J. Green received an invite.

It may be #DraftSZN but, alas, nothing is the same during the pandemic.

While invitations are an honor in themselves and definitely show that teams have a keen eye on said prospect, the in-person workouts and drills that are normally the highlight of the event have been canceled due to, you know, the global pandemic.

Talent evaluators will instead depend on remote workouts on college campuses and individual pro days. The NFL plans to coordinate a scripted series of tests to be used at each school which would help scouts compare prospects.

This change could either level the playing field or muddy the water. That remains to be seen. But it will rob all of us from watching Chuba Hubbard run the 40-yard dash on national television (he’s invited, right?).

These changes put even more emphasis on the Reese’s Senior Bowl, which appears to be the only pre-draft exhibition that is set to actually take place in-person. The East-West Shrine Game was canceled and the NFLPA Bowl will also be held as a virtual event.

The Senior Bowl is set to take place at 1:30 p.m. Jan. 30 in Mobile, Alabama and will be televised on the NFL Network. Wallace, Williams and Jenkins all received invites.