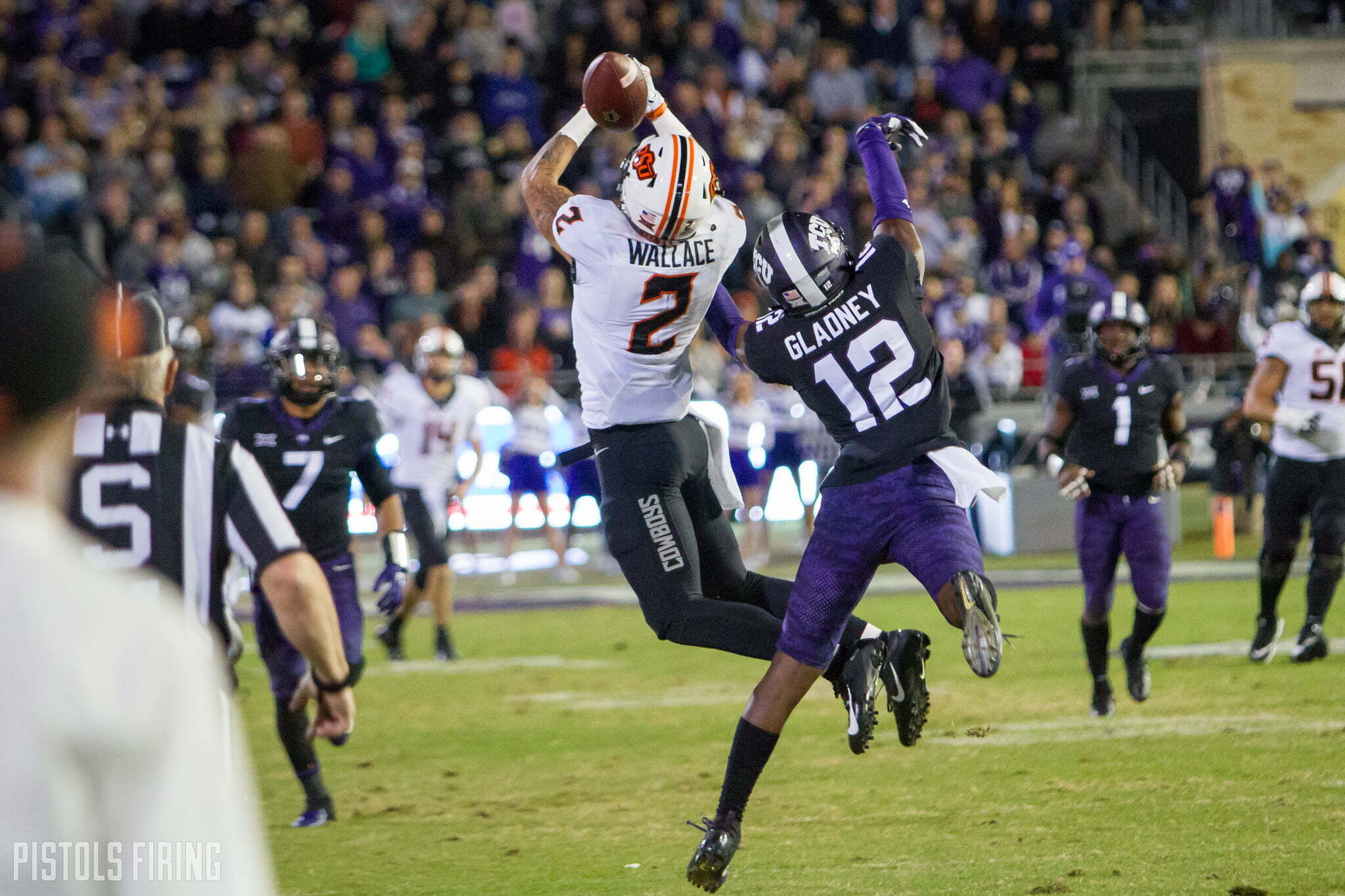 Tylan Wallace was named a second team AP All-American this week and a first team ESPN All-American. We’ll get to that Biletnikoff snub in just a minute, but first, here are the players from the first and second teams of both outlets.

So ESPN essentially just cheated and pulled a Big 12 when it comes to All-Big 12 women’s hoops teams where 23 people make the first team. Regardless, all of this — Wallace not making the AP first team and losing the Biletnikoff to someone with inferior stats — made me think of something over the weekend.

Why not let players vote on these awards and teams?

The margins on all of this are so thin anyway. How am I, an unathletic member of the media, supposed to determine if Hollywood is 0.5 percent better than Tylan? It’s an impossible proposition (albeit one that’s quite fun to argue!). Why not let the guys who have actually been in the arena nominate and vote for the best dudes?

Not only that, but I always laugh when the All-Big 12 (or whatever) teams come out because the entire thing is nonsense. Media members voting on right guards and left ends? About 5 percent of folks voting even know how to properly evaluate offensive or defensive line play (I am not among them) so why not just let the players vote on all of it? That’s something I’d actually pay attention to.

Then you could say the most-voted guys from a percentage standpoint in the Power 5 conference are up for all of the awards. So if Marquise Brown and Tylan Wallace are your first team All-Big 12 players but Marquise got 99 percent of the player vote and Tylan got 97 percent, Marquise is up for the Biletnikoff, Tylan is not. One from each conference for the Biletnikoff, Unitas, Nagurski and the rest.

I get the drawbacks here (silly grudges, not caring, not remembering etc.), and I’m not sure how you would do national voting, but you’d certainly get a better sense of who was the best at a given position in various conferences. When you ask guys who the best dude they faced was, they sometimes give surprising answers. It’s not all about stats or highlights. It’s about talent and performance.

Jerry Jeudy won the Biletnikoff because he plays for Alabama, not because he was necessarily the best receiver. That’s silly for a number of reasons, and I think one fun (and good) solution would be giving players the ability to elect the guy they consider the best in their conference or the best in the country.