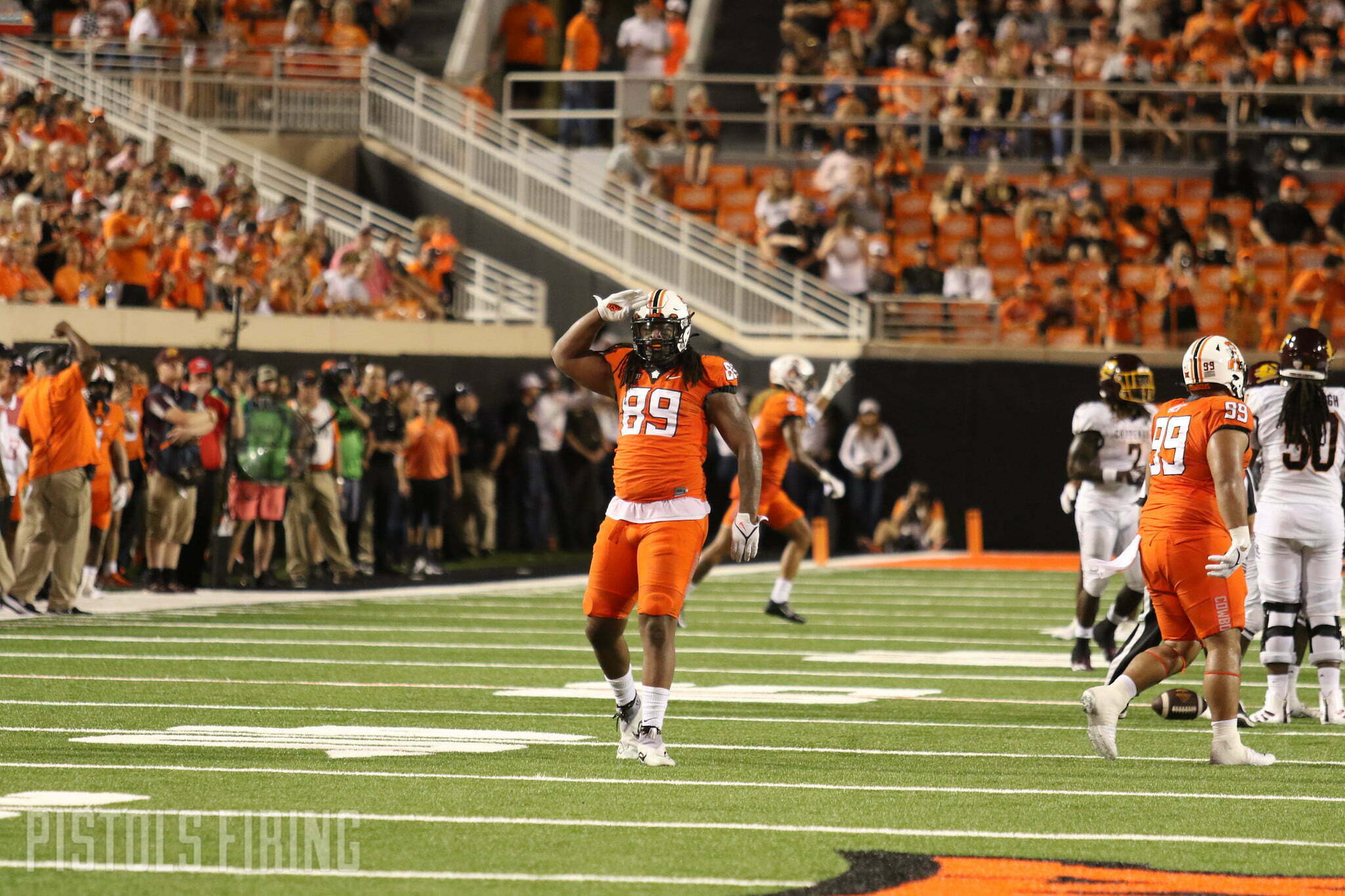 STILLWATER — Tyler Lacy might not grab as many headlines as Collin Oliver, Brock Martin and Trace Ford because of his lower sack numbers, but his importance to the Cowboys’ defensive front is hard to overstate.

In Oklahoma State’s 55-48 victory against Central Michigan on Thursday night, Lacy had five tackles, 2.5 tackles for loss and a sack. Solid numbers, but take it from his defensive coordinator, Lacy does more than what the stat sheet says.

“It’s those things that you never see,” Derek Mason said. “It’s his consistent knockback. It’s his ability to change the line of scrimmage. There were a lot of times tonight where the line of scrimmage got changed by Tyler Lacy. He put hands on people. I thought he did a good job of making the running back go east and west [north and south in BPS].”

The most Tyler Lacy thing ever happened in the first quarter after Tom Hutton pinned Central Michigan on its 1-yard line. Listed at 6-foot-4, 285 pounds, Lacy blew right past the Chippewas’ right tackle on the snap and forced running back Lew Nichols to divert his path right into a waiting Lamont Bishop, who tackled Nichols for a safety. Lacy didn’t get credited for the tackle, but he made the play.

The safety provided OSU with a spark, as the Cowboys went on to rattle off 30 straight points before halftime.

Lacy’s PFF grade of 78.3 ranked highest among Oklahoma State’s defensive starters. That score trailed only Nathan Latu among OSU’s defenders, but Latu played just 14 snaps to Lacy’s 62. Because of his size and athletic ability, Lacy is able to move all around the Pokes’ defensive front. And with a bevy of edge talent like Oliver, Martin and Ford, Lacy’s ability to slide into the middle of OSU’s defensive line makes him all the more valuable. He spent as much time in the interior as he ever has Thursday.

With Lacy pushing back the line of scrimmage, the Cowboys recorded 13 tackles for loss against the Chippewas. OSU did that just once last season, its game against Texas Tech where the Cowboys shut out the Red Raiders.

Although OSU’s big-time sack getters might get more and more of the credit as the season goes along, there might not be a better pro prospect on the Cowboys’ 2022 roster than Tyler Lacy, and if you watch closely for it, he’ll show you why.