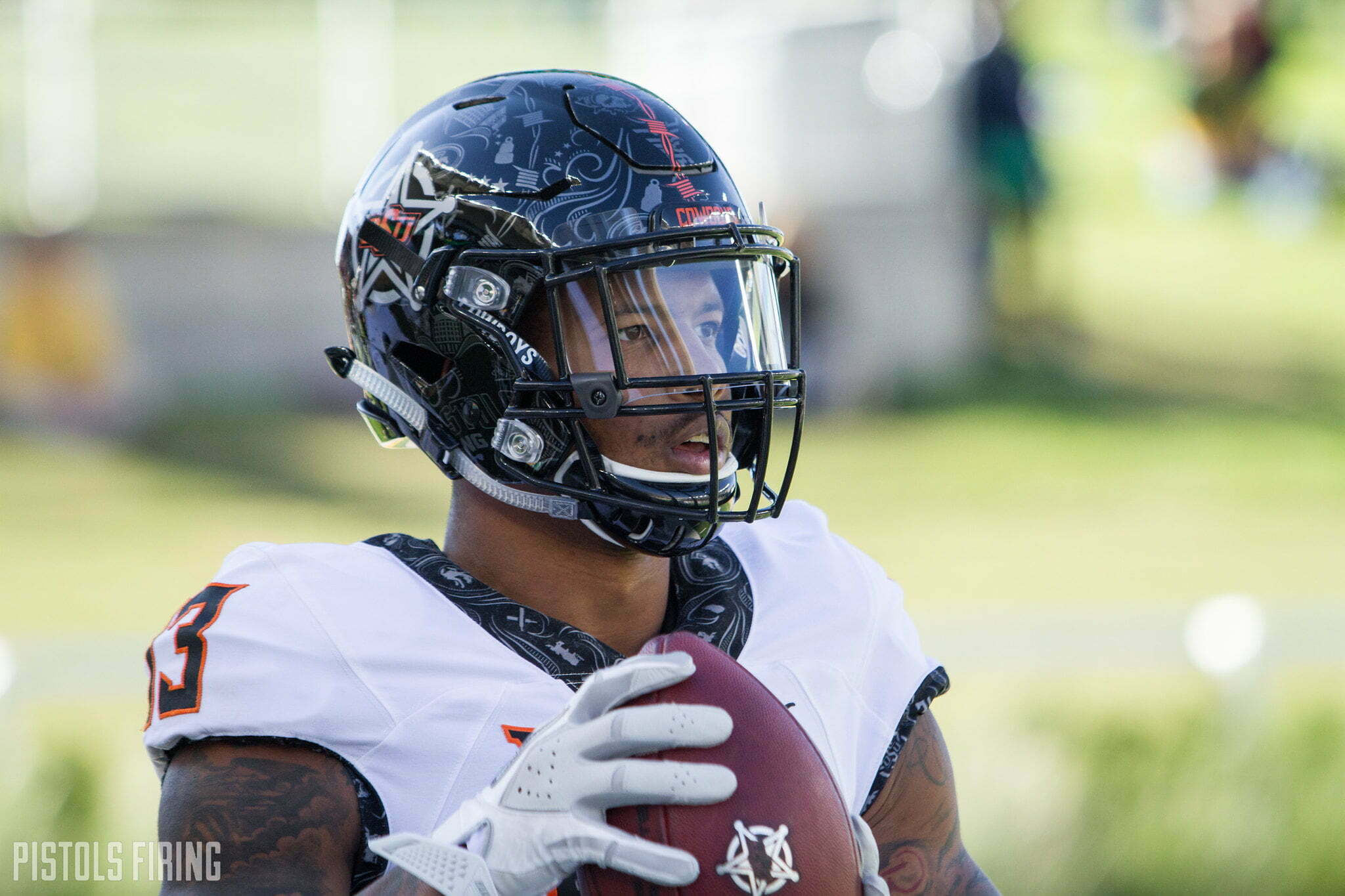 Tyron Johnson, one of the more polarizing playmakers to come through Stillwater in a while, is already making a name for himself in his new home of Houston.

OSU’s second leading receiver from last year, who went undrafted this spring, is making a push to stick with the Texans, a team in need of wide receiver depth. And he is already drawing praise from his new quarterback.

When recently asked which rookie receivers were making an early impression in OTAs, the first name out of Deshaun Watson’s mouth was the former five-star receiver.

“Johnson is doing a great job,” Watson said. “Dixon is coming along well. Really, just everyone is really, you can tell, that they’re really encouraged to be able to try to improve on their game and their craft.” [Houston Chronicle]

And Watson isn’t the only one who’s noticed the how much ? is in the ?.

Rookie wide receiver Tyron Johnson continues to impress as a target, and he showed he could get vertical in a hurry. On a nice play action pass, Johnson was able to beat his coverage. He blew by a safety to catch a well-placed pass from Deshaun Watson on what would have been a walk-in touchdown. Johnson is one of the few rookie wide receivers that still looks fresh and running crisp routes on the field and catching the ball at a high clip on the field. [State of the Texans]

Based on reports from practices, Tyron appears to have the edge over Dixon, the former Ohio State receiver.

The two wide receivers who are early risers are rookies Tyron Johnson and Johnnie Dixon, both free agent signing post-draft. If we are honest, Johnson has the edge over Dixon due to being a tad bigger and stronger than Dixon. Their running and quickness are similar, but Johnson catches the ball at a better clip. Add in that Johnson had two better practices that we were able to see and we are giving the early edge to Johnson. Remember, there is much time ahead before the season kicks off, and things can change in a hurry. [State of the Texans]

Rookie WR Tyron Johnson continues to impress. Strong route runner and been a solid hands catcher. Was able to show his speed today on a nice play action pass for an easy pitch and catch from Watson. #Texans

Here is Tyron finding familiar territory in the corner of the end zone.

And here he was back during Rookie Minicamp.

Tyron’s talent is undeniable and there is a need to be filled for quality depth in Houston’s receiver corps behind a superstar in DeAndre Hopkins and oft-injured receivers Will Fuller and Keke Coutee.

If he finds a permanent home in Houston, and gets the right opportunity, Tyron might just be able to accomplish something that eluded him at OSU — living up to that star potential.