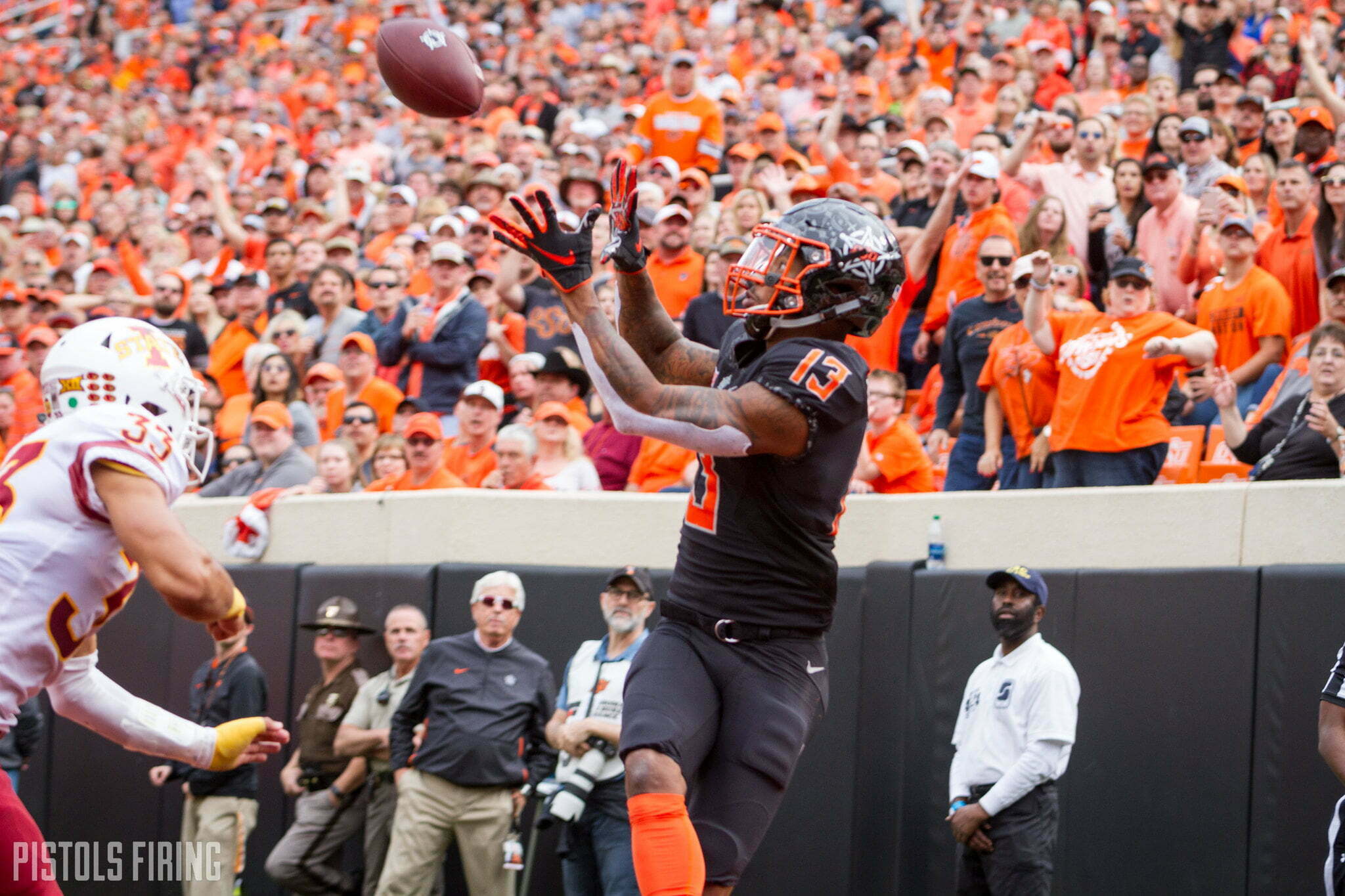 After an impressive showing at his pro day, there were thoughts Tyron Johnson might be selected late in the 2019 NFL Draft. However, the picks came and went without Johnson’s name being called, making him an undrafted free agent. His time in free agency didn’t last long as the former Cowboy agreed to terms with the Houston Texans shortly after the draft concluded.

So, just what kind of situation is Johnson heading to in Houston?

The Texans return a trio of incredibly talented receivers in DeAndre Hopkins, Keke Coutee and Will Fuller. However, outside of those three guys, Houston only returns one wide receiver who caught more than 10 balls a season ago.  Here’s who they currently have under contract at wideout heading into 2019.

Even with talented players like Coutee, Fuller and Hopkins, some people were surprised the Texans didn’t take a receiver in this year’s draft. The reason why is primarily due to injury concerns with Fuller, who has missed 17 games since he entered the league in 2015, and Coutee, who missed 10 games during his rookie campaign due to a hamstring injuries. In addition, even the very reliable Hopkins experienced an injury in the Texans’ season-ending playoff loss to the Colts.

This being said, I think Johnson may have landed in a favorable spot to start his professional career. His speed, lateral quickness and route-running ability give him the versatility to play both the inside and outside receiver positions at the NFL level. This provides him with the opportunity to back up guys on the outside like Fuller and Hopkins, as well as inside receivers such as Carter and Coutee.

There were questions early on in Johnson’s Oklahoma State career about his ability and willingness to go up and battle a defensive back for the football. I think he showed as time progressed that he is capable of doing just that, and I think the Texans noticed it watching plays like the one shown below.

If Johnson can show this in camp, along with giving solid effort in the blocking game, this will greatly increase his chances of nabbing that fourth receiver spot on the Houston depth chart.

We know the Louisiana native has the athleticism and speed to compete in the pros, but I think it will come down to his effort and willingness to learn that will allow him to stick in the league. I personally believe he has a chance to see the field in Houston, primarily due to past injury issues with Coutee and Fuller, along with the Texans lacking overall depth and experience at the position.