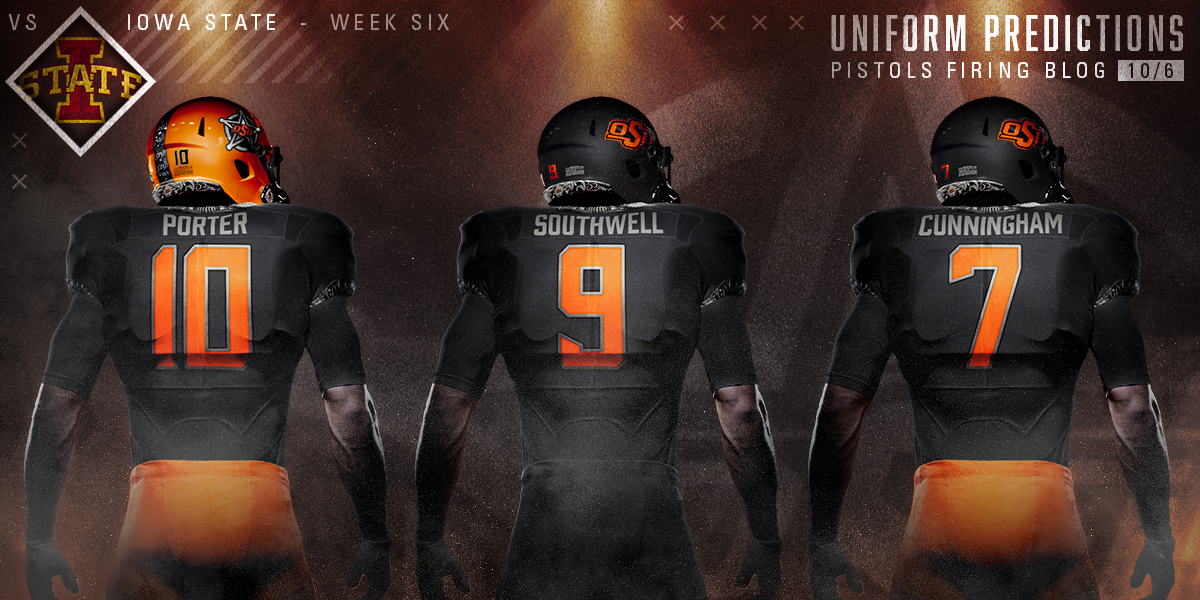 Oklahoma State is back at home this weekend, which means we don’t get a free bingo space with the white jersey. Here’s a look at the picks going into this weekend’s tilt with Iowa State.

Kyle Porter: You can keep Big Scary Monster Chrome Pete and give me a chrome badge on an orange helmet for the rest of time. I need to see this combo (although I would also settle for Carson’s BBO). Black jerseys this weekend feels kind of like a lock.

Justin Southwell: Dating back to 2012, OSU has followed up an all-white combo with an all-black combo.

Carson Cunningham: This is more wishful thinking than anything. I think the all-white combo we saw in Lawrence tells us they aren’t afraid to use elite combos this early in the season. BBO is highly underrated and actually gives all-black a run for its money. I would love to see the updated version of this: 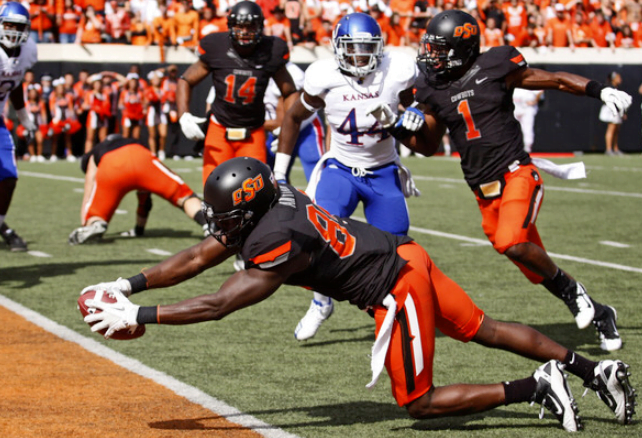