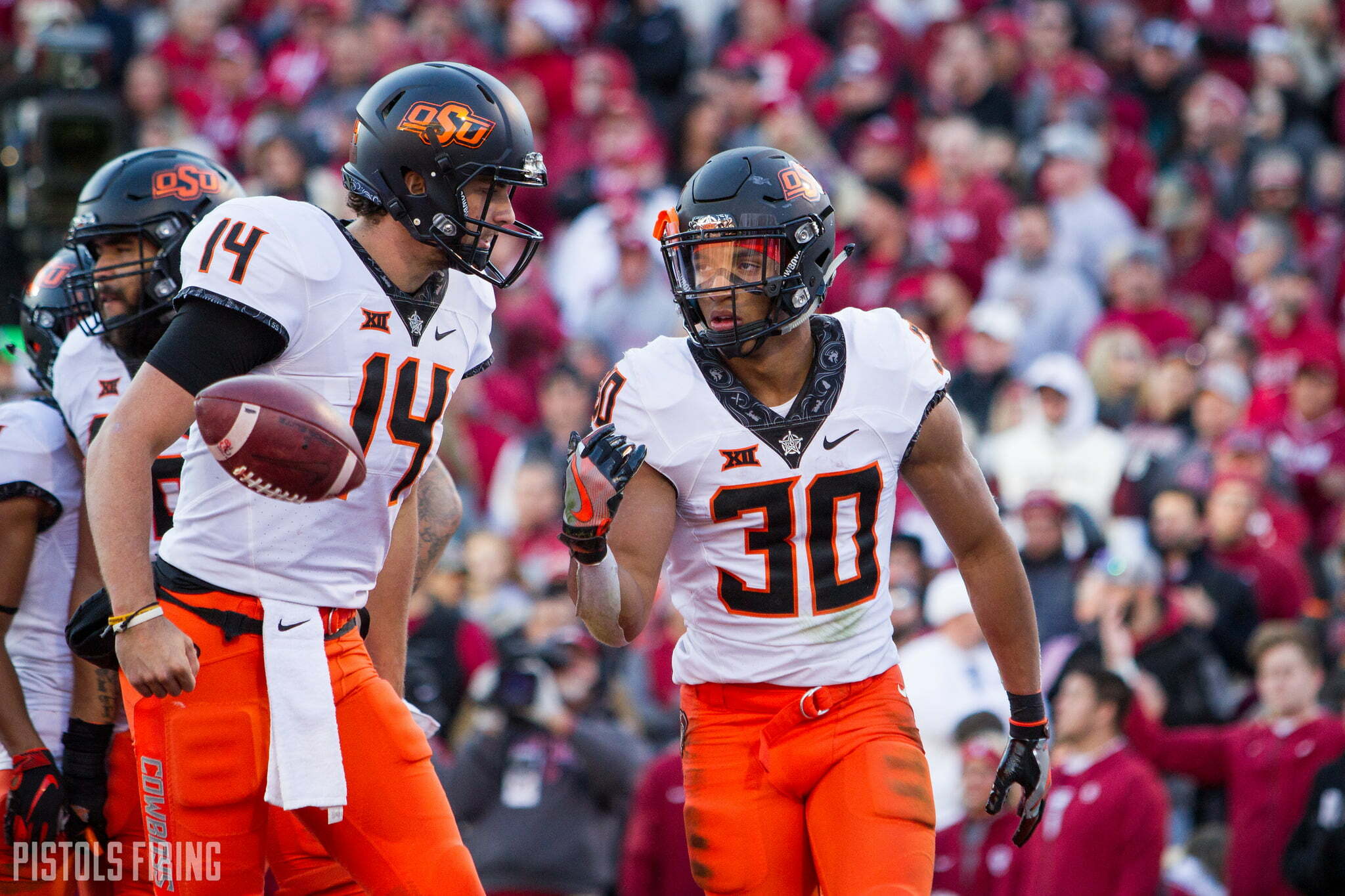 When Oklahoma State kicks off its regular season finale in Ft. Worth on Saturday night, it will do so with a much different backfield than it started the season with.

Days following the announcement by sophomore running back J.D. King that he would transfer, it appears the Cowboys will also be without leading rusher Justice Hill for the second-straight week.

Here’s a look at a projected RB depth chart based on what we know.

The majority of the carries will go to redshirt freshman Chuba Hubbard for the third week in a row. Hubbard spelled Hill after he left with his current rib injury during Bedlam and racked up 104 yards and three touchdowns In the process.

Hill’s injury may have thrust him into the starting lineup, but Chuba has been on a tear since OSU’s Homecoming win against Texas when he saw an increase in touches.

Over the last four games, Hubbard has averaged 17 carries and 92 yards on the ground. He’s currently averaging 6 yards per carry. Against West Virginia, he recorded a new career-high 134 yards rushing and his 225 all-purpose yards was the most of any Cowboy this season.

“For those guys, when they go through the line, they start to feel a guy coming and learn how to make a cut and veer away. I thought he was really good and competed for us in the number of plays, basically when we were in a position to just play keep away.”

Behind Hubbard is sophomore tailback LD Brown who carries it four times for 26 yards against the Mountaineers. The only other available running back with any experience is walk-on Ryan Haymaker who appeared in OSU’s first two games this season and logged 15 carries for 37 yards. Those numbers are skewed because the Pokes were trying to run out the clock against Missouri State and South Alabama.

If desperate the coaching staff could turn to freshman tailback Jahmyl Jeter who has yet to appear in a game. He could obviously play on Saturday and in the bowl game without affecting his redshirt status. Jeter was a three-star prospect out of San Antonio, Texas who could play a vital role next year.

Speaking of next year, this game could provide a look at OSU’s running back rotation for 2019. With King now gone and Justice Hill’s plans unknown, this test against a tough TCU front seven could serve as an audition for the spots behind Chuba Hubbard moving forward.