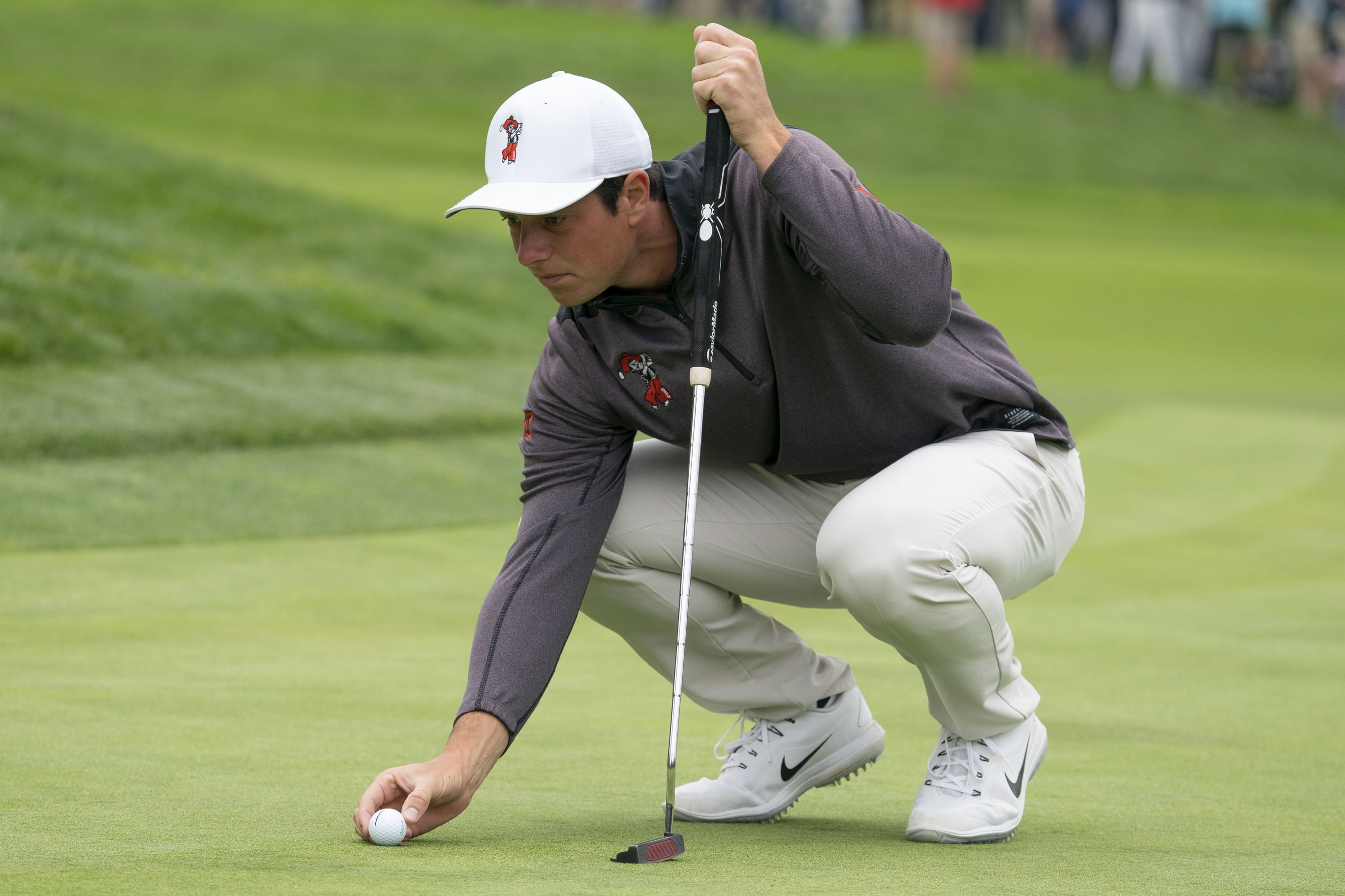 In the final event with an (a) attached to his name, Viktor Hovland left his mark.

Turning in a final round of 67 at Pebble Beach on Sunday, the 21-year-old finished a 72-hole score of 280, the lowest ever by an amateur at the U.S. Open. He beat Jack Nicklaus’ 59-year-old record of 282, which Nicklaus posted as an amateur at the 1960 U.S. Open at Cherry Hills when Nicklaus finished second to Arnold Palmer.

Hovland, who won the Ben Hogan Award (given to the top college golfer in America based on both collegiate and amateur action) has now finished as the low amateur in two of this year’s first three majors.

As Kyle Porter pointed out earlier this weekend, Hovland is no stranger to this course (and it showed).

Hovland, he noted, has more competitive experience than most pros on this course. OSU plays an annual event here. He played over 100 holes at last year’s U.S. Amateur. He might not be a seasoned pro quite yet (although he does play like one at times), but he’s certainly more seasoned than lots of pros at Pebble Beach. [PFB]

After an opening round 69 and a 73 on Friday, Hovland turned in a 71 on Saturday before his strong finish on Sunday.

After Saturday’s round, he had this to say.

“I don’t feel like I had my best stuff,” said Hovland. “I’m not hitting it quite where I want to and how I want to. So that really gives me a lot of comfort knowing that I can hang with the best in the world with not quite my best stuff. So, yeah, that makes me feel really good.”

Well, he was feeling even better on Sunday, finishing 4-under on the day including two birdies in the final four holes to take the record. As the final few groups finish up, Hovland sat at T-14th when his card was turned in.

This is obviously a pretty good sign for Hovland’s PGA prospects moving forward and a great launching pad from which to start his professional career. That starts next week at the Travelers Championship, by the way.