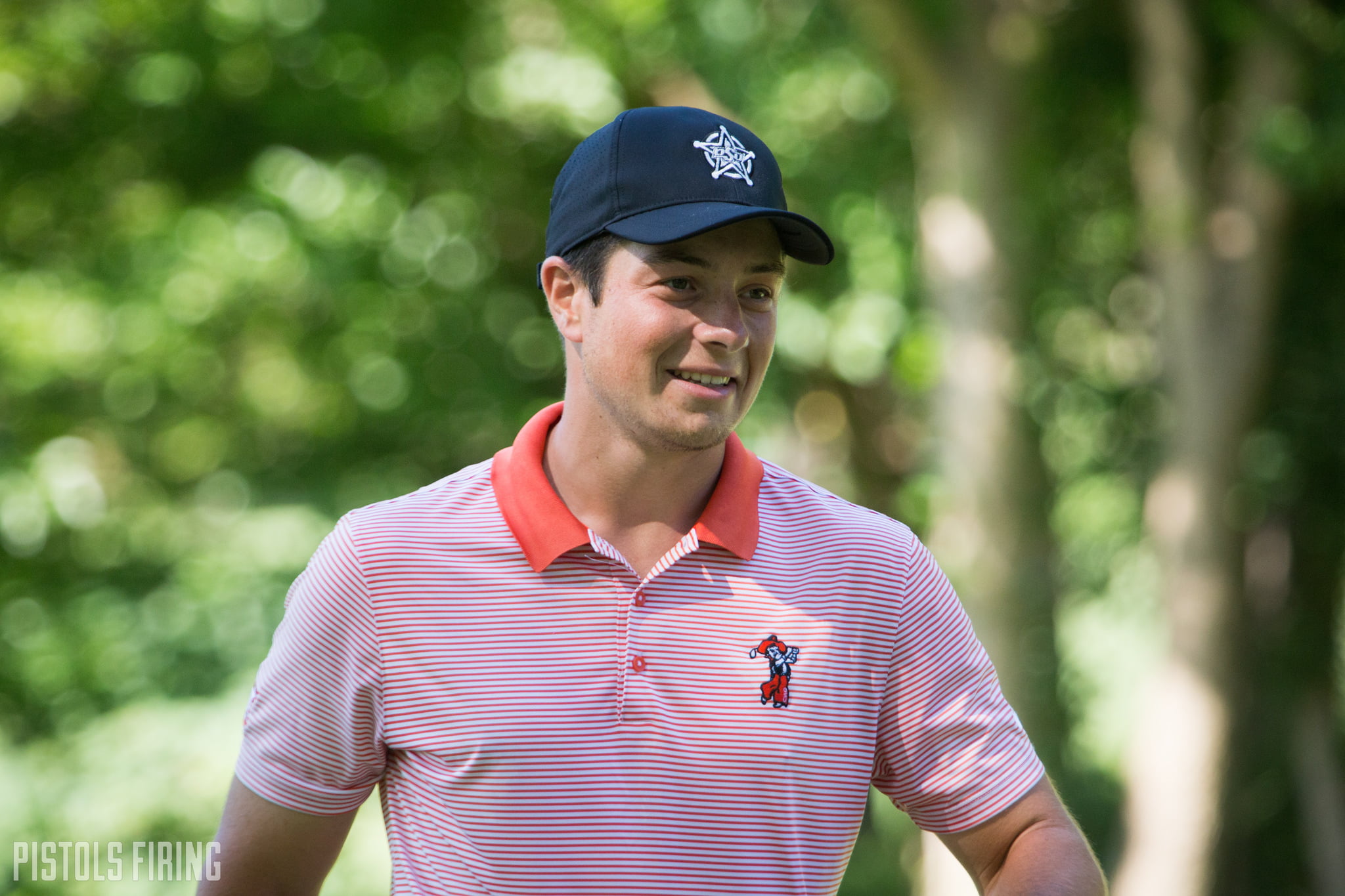 There’s a 50/50 chance, give or take, that former Oklahoma State star Viktor Hovland takes home the Claret Jug on Sunday and wins his first major at the 150th Open Championship.

Hovland fired a 6-under 66 on Saturday in the penultimate pairing with Rory McIlroy, the local favorite, to surge to 16 under. Playing from behind to start the day, he now shares the lead with McIlroy at 16 under and is four strokes clear of the next contenders.

For Hovland, the day started about as well — or possibly better — than you could have scripted. Made par at No. 1 and then again at No. 2. Then rolled in a flurry of birdies at 3, 4, 5 and 6 to capture the outright lead.

McIlroy matched Hovland’s energy from there, though, making birdie at 5, 6 and 9 to go out with a 3-under 33. That’s when McIlroy really made his move, holing an eagle from the bunker on No. 10 and making birdie at Nos. 14 and 18 to finish at 66 on the round.

Hovland has not been in this position previously in his career — this is his first time either with the outright lead or a share of the lead at a major championship — but he has been in a similar spot at a non-major. In two times he has either led or co-led at the 54-hole mark, he has twice converted them to wins — most recently last year when he won at Mayakoba.

Will Hovland take home the Claret Jug on Sunday? Statistically, it’s most likely between him or McIlroy. No winner in the history of Open Championships played at St. Andrews has trailed by more than four strokes. Only two golfers — Cameron Young and Cameron Smith, both four back — are within striking distance.